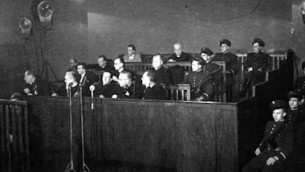 One of Stalin’s notorious ‘courts of law’

Stalin was a man who believed in ‘justice’. That meant that those who strayed away from his prescribed ‘true path’ were dragged in front of a kangaroo court, to take note of their ‘crimes’ – before hearing the pre-determined verdict and being shot. As the anecdote went, at some point a judge – keen to quickly extract a confession – told the defendant: “Look, Lev Davidovich, we already know that you are guilty. This court just needs to decide – of what!”. 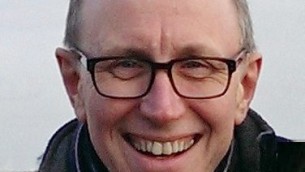 Israel-haters’ concept of ‘justice’ is similar: there is no need to look for real evidence or check out the facts – after all, Israel is guilty by definition. When it comes to the Jewish State, everything – hearsay, stories picked up from anti-Semitic websites, unverified accusations made by ‘interested parties’, anything at all – becomes ‘evidence’: unquestioned (and unquestionable) ‘fact’.

In a previous post, I have detailed the case of Jeremy Moodey, CEO of a Christian charity, who – on that charity’s official website – conveyed hearsay accusations as fact, despite their obvious absurdity.

Here is another case – this time, the ‘hero’ is a biased academic, rather than a self-appointed ‘concerned Christian’:

Writing in The Guardian’s notorious ‘Comment is Free’ (a.k.a. ‘Gizz’us free content, the more twisted – the better’), a certain Vijay Prashad penned a diatribe against Scarlett Johansson; or against SodaStream, or against Israel… it’s not quite clear. Perhaps ‘all of the above’.

To persuade his readers why the ‘settlement’ of Maale Adumim was such an awful thing (and hence, SodaStream, and hence Israel…), Mr. Prashad assertively declares, from the pages of ‘Gizz’us free content’:

“Maale Adumim is built on the rubble of the Palestinian villages of Abu Dis, Al Izriyyeh, Al Issawiyyeh, Al Tur, Khan al Ahmar and Anata – names that exist now only in the memory of their displaced residents. How could Oxfam retain its global ambassador when her new job would undermine its principles?”

Mr. Prashad introduces himself as the “Edward Said chair at the American University of Beirut” and tells us that he has even authored a few books. How nice! The only problem is: had this stalwart supporter of ethics – let alone academic rigour – bothered to check the facts before issuing his damning verdict against Ma’ale Adumim (and SodaStream, and Israel, and ScarJo, etc.), he would have noticed that the villages he so scholarly listed exist very much on the ground, not “in the memory of their […] residents”; who, by the way, are only “displaced” in Mr. Prashad’s vivid imagination.

Checking the facts would not have necessitated years of academic endeavour. In fact, all the villages mentioned are listed on Wikipedia. (Except that… some of them are actually small towns. That’s because, under the oh-so-dreadful Israeli occupation and relentless ‘displacement’, the number of Palestinian inhabiting them… has grown by about an order of magnitude!) Here’s the list: 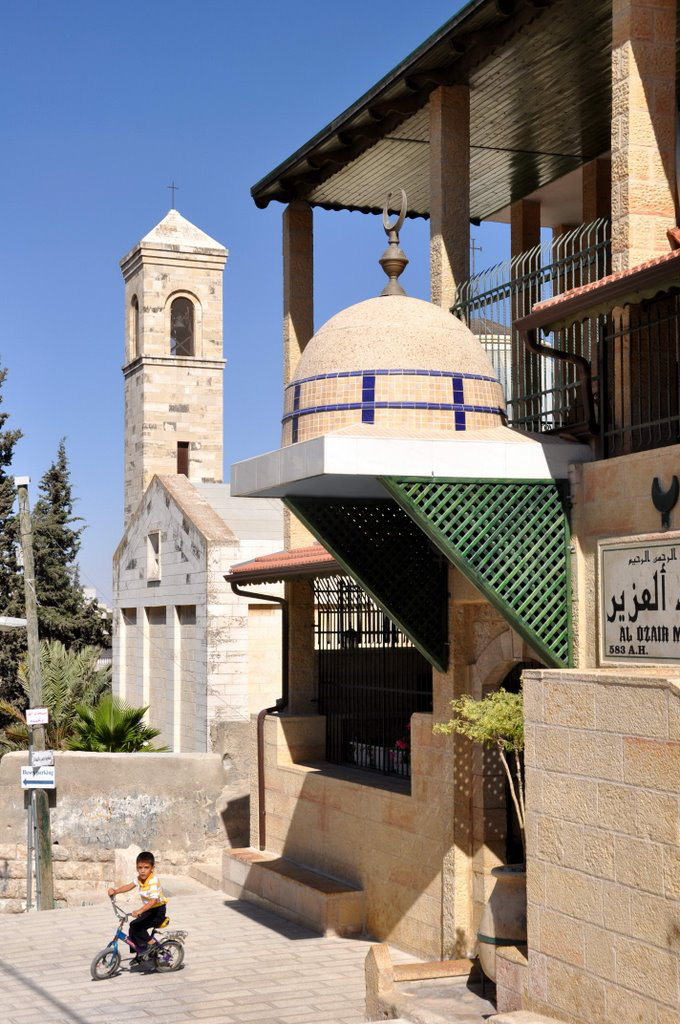 No, this is not the ‘settlement’ of Ma’ale Adumim. It’s the Palestinian town of Al-Eizariya.

If Mr. Prashad does not trust Wikipedia, he could have used Google Maps or Google Earth, with similar results. And failing all that (after all, Wikipedia and Google are well-known tools of Zionist propaganda!), he could have lifted his back side from the ‘Edward Said chair’ and gone to the West Bank. Which would have been a wonderful opportunity to see with his own eyes that Ma’ale Adumim is actually built not “on the rubble” of those villages/towns, but in their vicinity; in fact, it is likely that some of their Palestinian inhabitants work in that much-maligned SodaStream factory…

Of course, Mr. Prashad did not personally invent the story of those villagers’ ‘displacement’. Such stories abound on the web – placed there through either malice or ignorance; and endlessly recycled as ‘facts’ by people like Moodey and Prashad.

And why bother to check the stories? After all – just like for that Stalinist judge – for these pursuers of ‘justice’ the verdict is predetermined; the ‘evidence’ is… well, whatever serves the purpose. In the ever-hostile eyes of Israel-bashers – be they ‘academic’ or ‘charitable’ – the Jewish state is guilty unless proven innocent. And how can it ever be innocent?