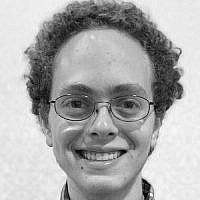 The foundation of all wisdom is man’s recognition there exists a supreme being above all definition and comprehension who oversees all there is. This being was there before it formed the world of its own light and will exist when an infinity from now this world breathes its last breathe.” A corollary, if you will, of the existence of this being, is the fundamental equation of information: all forms in existence derive from the singularity of the supernal unity of the first being. When you seek the unity of all entities in the form of the supernal unity then gates of wisdom will start to open for you. The divine science is the body of theoretical and experiential knowledge which results from this quest.

Our study of the divine science begins with a view from a distance at the purpose of creation, the origins of man, and a retelling of the story of how the divine science reaches man. This is by no means historical – rather it is archetypal. It is a deep metaphor which expresses how the knower understands the origins and scope of his knowledge.

At the beginning of beginnings, when the Supreme Being sat alone on high, there arose in this supreme being a desire to explore the space of its own potential, to manifest its own inner latent creative will. And so the Being created room within itself for something else to form. The Supreme being then planted a seed of light in this hollow vacuum within itself and nurtured the light until the light developed and evolved into the soul of an independent conscious entity called Man. Man’s consciousness and soul is made out of the same substance as that of the Supreme Being itself.

The Supreme Being called out to this creature whom it created – Man – and said to it “my child, you are born of my own light. I have made you and desire that you should be close to me and that we shall create a world together. That you shall also have children and that you shall populate the world and help me actualize my grand vision for creation” And this creature, Man, turned back to its Creator and said “Exalted Creator, how can ever I create a world with you. My mind is so small and yours so great and beyond me. How shall I ever fathom how you intend the world shall be?” And so the Supreme Being looked down at the Man and said “my dear child, that is why I am here, so that you can speak to me and ask me what my design is and so that I can show you how you yourself may channel the forces which I placed in you to bring about the creation of my design and my inner intent.”

The Supreme Being bequeathed the greatest gift to the first man – the body of teachings which would enable man, as small as he is, to fathom the grand intent of his creator and to actually bring about this intent. These teachings were passed down from the first man to our day. These teachings of course form the backbone of the divine wisdom which is known as Torah, or, “The Teaching.”

When in the course of the development of mankind, mankind lost its way and the teachings were no longer studied and when man deviated from the path which the Supreme Creator set out, it became necessary for the teachings to be given once again. And thus the nation of Israel were gifted these teachings when they all stood at Sinai. On that historic day, the Supreme Being once again came down from his heavenly abode to grant humankind, now represented by the nation of Israel, the teachings which would enable humankind to fathom the supernal will of their Creator and to establish human society in harmony with the Creator’s will and design.

Man is not only responsible for building himself up in the physical dimension. Man must also learn to exercise control over non-physical spiritual forces and use them to guide creation forward. Thus, the divine teaching can be said to be the science of comprehending the divine will and the knowledge of how to manipulate all the forces in creation which the Supreme Being placed under the dominion of man in order to bring about the divine will in creation. With the plan and the technical how how of to implement the divine plan, man can now ascend towards his epic destiny as the Supreme Being’s partner in creation. The Supreme Being created the world, and created Man, and delegated partial responsibility in overseeing the subsequent evolution of the world.

At the very foundation of the divine science is the teaching of the symmetry between the structure of all realities in creation and the structure of man’s own whole self – soul, mind, and body. Just as, in a manner of speaking, the Supreme Being is the soul and mind and the worlds are its body, man’s mind governs over his world, which is the mental space space and physical space man inhabits with his mind and body.

The supreme being also taught man how to look after himself and maintain a healthy soul, mind and body. He taught man about the spiritual forces which make up man’s soul and which man is responsible for looking after. Man must not only look after the world and guide its evolution – he must also look within and aspire to achieve internal wholeness and internal balance of soul. When man’s inside is healthy, the world outside will also be healthy. This is the way the Supreme Being made it. When inside and outside are in synchrony, the reality is healthy and thriving. When there is an imbalance then things will be in disarray both on man’s inside and his outside, for there is really no distinction. The whole system of creation is one integrated whole.

The primacy of the dimension of mind forms a central tenet of this teaching also. All realities issue forth from the Supreme mind of the Creator – and similarly, man’s power of thought draws upon spiritual forces in creation which can actually prepare an idea for manifestation in the worlds. Using the spiritual powers he is made of, man, with his mind can then direct the spiritual powers to aid him in building his world. When his self is healthy, with the proper use of his mind man can accomplish far more than with his hands alone.

About the Author
I am the son of Clive and Shira Lipshitz. I'm a talmid of Rabbi Michael Rosensweig at Yeshiva University where I am majoring in Physics and Philosophy. I learned torah at Yeshivat Kerem BYavneh and Yeshivat Har Etzion. My email is aclipshi[at]mail[dot]yu[dot]edu.
Related Topics
Related Posts
Comments