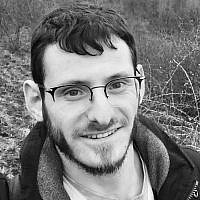 The Blogs
Ephraim Kahn
Apply for a Blog
Please note that the posts on The Blogs are contributed by third parties. The opinions, facts and any media content in them are presented solely by the authors, and neither The Times of Israel nor its partners assume any responsibility for them. Please contact us in case of abuse. In case of abuse,
Report this post. 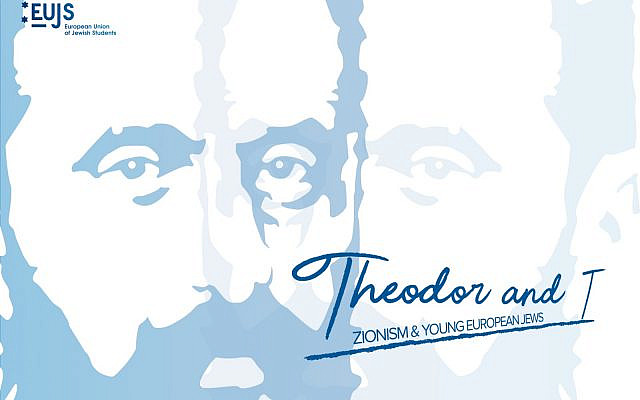 Theodor and I. Hmmm, there’s a sentence I never thought I’d write.

Here’s why: History remembers winners, but is much richer – and insightful – when considered through the multiplicity of actors who took part in its battlefield of ideas. You’re certainly awesome, Theodor; but Zionism is so much more than Hertzlism or Ben-Gurionism.

To my eyes, the tragedy of European Zionism is its state of dispossession. As opposed to the previous century, when you had European Jewish thinkers such as Emmanuel Levinas fostering a unique approach to Zionism, it seems that contemporary European Jewish communities don’t feel they have the strength (or the legitimacy) to do so. And what we are left with is a one-sided, uncriticised caricature of Zionism.

Moreover: when asked to think about challenges facing Zionism, we are all too often drawn to the issue of Hasbara or “How to better market Zionism”. Unfortunately, this work is more often than not, about the apologetical defense of a vision of Israel we have not taken part in forming.

Rather than adopt a narrative imported to us by agencies of the prevalent discourse, our schools and youth movements could be teaching the many stories of Zionism, and (Heaven forbid!) conduct honest conversations about the various issues surrounding it.

As European Jews, we have a unique opportunity: that of telling a story that is both empathetic and critical of Zionism.

Zionism has so many illustrious champions of enlightenment and humanism, who can inspire us in fostering a refreshing Alt-Neu outlook on the issue –

Let it know of Shulamit Aloni’s fierce battles for human rights to be recognised as unalienable by Israeli Law.

Our communities could be so much more vibrant and engaging if our youth were given the chance to form an opinion of its own. The issue goes far beyond Zionism; it is a matter of educating the next generation of original Jewish thinkers and allowing it to infuse new sap into European Judaism’s deep roots.

Trust our youth. Stop spoon-feeding it readymade ideas; it is wiser and better than that. Let our institutions present it with the many shades of Zionism, and allow it to carry its own voice.

The day we will start teaching Hannah Arendt’s thoughts on Zionism alongside Theodor Hertzel’s, and Avot Yeshurun’s poetry together with Naomi Shemer’s songs, we will have a youth that is stronger, more open, and, ultimately, more Jewish.

The opinions represented in these blogs do not necessarily reflect the position and views of EUJS.

About the Author
Ephraim Kahn is a Paris-based young Talmud and poetry lover. He currently assists a researcher at the Université Libre de Bruxelles, in the Philosophy of Talmudic Law Studies. He is the former Jewish Education Advisor of the European Union of Jewish Students.
Related Topics
Related Posts
Comments