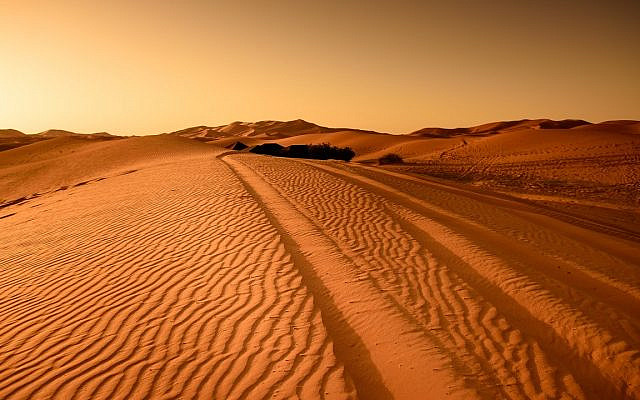 Normal: ordinary or usual; the same as would be expected.
Normalisation: the process of bringing or returning something to a normal condition.

Not that long ago, in 1964 to be exact, I visited Morocco. As a student with no money to spare, I had hitch-hiked from London, through France and Spain to Gibraltar where I caught a ferry across to Tangiers.

Spending the next three weeks travelling around Morocco, I was struck by two things, the friendliness of the people and the hypocrisy forced on them by their religious rulers. Standing by the roadside, I would hardly have time to hold up my thumb before someone would stop and offer me a lift. At first, I was reluctant to let anyone know that, just the year before, I had visited Israel. But it soon became clear that there were those who were interested and wanted to know more, and those who had no interest at all. But I found no animosity towards Israel, or Jews in general.

I was able to speak to the Moroccans who were tolerant my very bad, English-accented, French. I had had no such luck in France, just days before, with the French refusing to listen to anything except perfect unaccented French.

The hypocrisy was more interesting. Several times I was offered a lift by a man in normal western clothes, even shorts, accompanied by a woman completely hidden in a burka. Once we had left the city and were on the open road, the driver would stop and his wife would peel off the all-enveloping clothes to reveal a fashionable dress that would not have been out of place on a Paris boulevard. They all had the same tale to tell – they would get into trouble if they were caught without their burka while in the city, but were only too glad to get out once they were free from the mosque’s prying eyes.

Morocco has many attractions for the tourist, from the spectacular Erg Chebbi sand dunes to the snow-capped Atlas Mountains. Casablanca has no less than 30 synagogues, including Temple Beth-El whose stained-glass windows draws many tourists. It goes without saying that there are many historic old cities with palaces and mosques in ancient winding streets.

Tourism is one of the main sources foreign exchange in Morocco. In 2018, there were over 12 million tourist visits. There are some 1 million Israeli Jews with at least partial family history in Morocco. After the Russian Jews they are the second-largest Jewish community in Israel. Both Israel and Morocco would benefit from tourism. Both sides would see that Israel and Morocco are “normal” countries with “normal” people and that the politicians should normalise relations as soon as possible.

Leaving Morocco, I continued hitch-hiking through two more “normal” countries, Algeria and Tunisia. Again, I was struck by the friendliness of the people. In Algeria, remnants of the French OAS, Organisation de l’Armée Secrète, were still carrying out terror attacks but I had no problem getting lifts. Sadly, today’s myopic Algeria does not recognise the State of Israel and refuses entry to Israeli passport holders, or even someone whose passport has an Israeli entry stamp, as did mine back in 1964.

Tunisia has also lost its way. Kais Saied, Tunisia’s new president, has ruled that any ties with Israel are ‘high treason’. However, Jews without Israeli passports are welcome in his country. I trust that no self-respecting Jew would visit Tunisia under this antisemitic condition.

And so, for many countries, no normalisation has become the new normal.