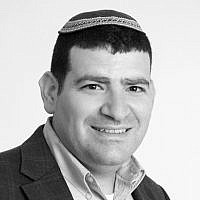 The Blogs
Daniel Eisenberg
Apply for a Blog
Please note that the posts on The Blogs are contributed by third parties. The opinions, facts and any media content in them are presented solely by the authors, and neither The Times of Israel nor its partners assume any responsibility for them. Please contact us in case of abuse. In case of abuse,
Report this post. 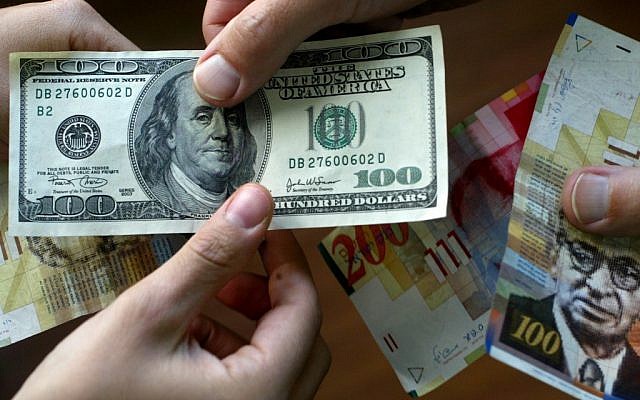 How Israel’s hyper-strong currency is not just hurting big businesses, it’s kicking our olim while it’s down.

My profession has existed in Jerusalem for more than 2,000 years. Things have improved a lot since then. Gone are the days of sneaking into a store in town to change a few hundred dollars. Now the State of Israel has regulated the entire industry. What hasn’t changed are the volatile exchange rates that go up and down like a wild roller coaster, leaving everyone dizzy. The most common question I am asked is “what’s happening to the shekel?” — which is typically followed by the more pressing inquiry of “when will it get better?!”

Neither I nor anyone else has a crystal ball, and be wary of any “expert” who tells you that they can predict the future. Just last month, some of the world’s largest financial institutions claimed the shekel is overvalued, yet top Israeli economists predicted the shekel will continue to strengthen in 2018. Both can’t be right.

2016 was a year of high anxiety for UK expats with sterling falling by 15% versus the shekel. US clients experienced similar stresses last year as the dollar fell by over 10% versus a stronger shekel. What will be for 2018?

Who is affected by this? Everyone. Goods are cheaper to import, however, all exports are threatened. Every Israeli firm that sells a product abroad is netting less shekels for delivering the same product. This affects a wide range of products critical to the Israeli economy from fertilizer to high tech. The lower shekel rate is not just a problem for big businesses, ordinary people are affected by this in surprising ways too.

One group that has been severely affected by the falling dollar are expat pensionnaires. These olim carefully prepared for a life in Israel depending on income from their foreign pensions that just declined in value by 10-15%. There are thousands of expats in Israel who rely on income from their foreign assets to live in Israel, many of them American retirees who made aliyah with the expectation that their dollars would adequately cover their living expenses. For those living off a pension or other form of fixed income, this can mean being forced to cut out not only luxuries, but potentially even some of life’s necessities.

Not to be overlooked are the many olim currently working for overseas companies being paid in foreign currency. To them, 2017’s 10% decline in the exchange rate meant they effectively took home 10% less than they did the year prior. This phenomenon has been hitting the new olim community very hard.

The ripple effects of a falling dollar versus the shekel are also not limited to only those relying on US dollars for income. Another group hurting are those purchasing property in Israel. Real estate prices in Israel are expensive to begin with. An oleh family now has to bring over an additional 10-15% more money to buy the same apartment. I have clients who delayed their aliyah hoping for better rates next year. Others who bought on paper last year entered into agreements to purchase a new home with a two or three year construction timeline with payments according to completed construction stages. Their 2018 payments are 10% more expensive than they originally budgeted. With large item purchases, such as a real estate payment of 1 million shekels, a 10% difference is A LOT of money!

While the current outlook may sound gloomy, it is very important to note that the shekel is strong because the world believes the Israeli economy is strong. While Europe is floundering and the UK is going through a messy Brexit divorce our tiny amazing country has the second strongest currency according to Deutsche Bank. Gone are the days of runaway inflation. The Bank of Israel has shown itself to be competent and prudent. The institution has been intensifying their efforts to combat the strong shekel, including purchasing foreign currencies in the hopes of weakening the shekel and pushing the exchange rate back up.

We will have to wait to see what 2018 has in store for the Israeli economy and the super strong shekel. Let us hope the roller coaster ride changes direction and goes up for a while.

About the Author
Daniel Eisenberg is Director of Business Development at IsraTransfer Ltd., a Jerusalem-based financial services company, specializing in currency transfers and exchanges to Israel at premium exchange rates. Founded in 2008, the company has successfully exchanged over 1 billion NIS and is the exclusive operator of the AACI Currency Exchange Program.
Related Topics
Related Posts
Comments