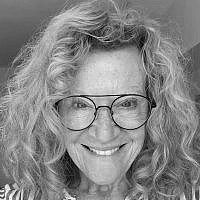 The Blogs
Nancy Cahners
Apply for a Blog
Advertisement
Please note that the posts on The Blogs are contributed by third parties. The opinions, facts and any media content in them are presented solely by the authors, and neither The Times of Israel nor its partners assume any responsibility for them. Please contact us in case of abuse. In case of abuse,
Report this post. 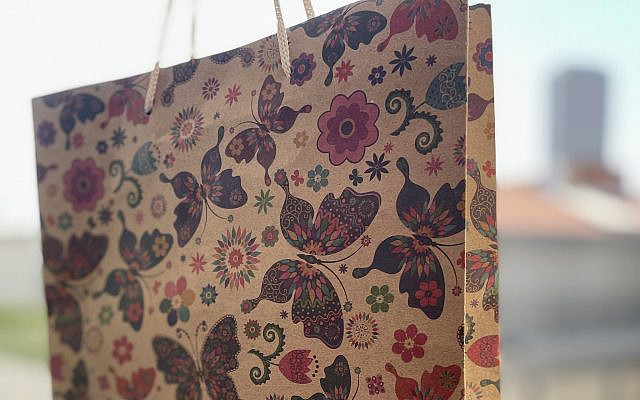 I finally visited a sex shop. I highly recommend it. It’s like a fountain of youth.

Here’s how it works: While you’re there, it’s impossible not to giggle, and after a while you realize that you’re behaving like a 15-year-old version of yourself. In mere minutes, you’ve shaved decades off your age.

But I wasn’t there for the health benefits. I was on a mission.

My friend’s wife, Miriam is trapped by her Alzheimer’s. Her husband, George, has been caring for her at home. (Names changed of course).

The disease has stolen Miriam’s capacity to speak and care for herself, but not her dignity. Sometimes she fights with a strength that surprises everyone. George must hold her hands to prevent her from hitting and hurting.

Unfortunately, holding her hands makes ordinary care a two-person job when often there’s only one person handy. Restraints felt like another assault on Miriam’s dignity that George wanted to avoid.

Considering the options, George’s innate playfulness kicked in and that’s when he thought about the stuff in sex stores. The bondage stuff. Since I live in Tel Aviv (Israel’s Sin City), he asked if I could shop around on his behalf.

I googled sex shops near me and was disappointed that the closest one was in Ashkelon, 57 kilometers away. Impossible! I tried a few more searches with no luck but stopped when I realized I was skewing my algorithm and would likely get a steady stream of sex stuff on my feed for the rest of my life.

Luckily my son stopped by and — taking his 71-year-old mother’s interest in local sex shops in stride — directed me to the corner of Allenby and Ben Yehuda. Off I traipsed, but only after looking up how to say in Hebrew, “Do you sell comfortable bondage?”

I didn’t anticipate how distracted I would be by the displays. So much to look at! And so many colors! The store was as small as a walk-in closet, and I was dazzled. All I could do was spin around in place gawking until a woman with green hair offered to help.

There was an entire wall lined with different kinds of restraints. I was partial to the pink furry ones, but she said the metal under the fur tended to hurt, and instead offered some padded cuffs which she said were comfortable up to an hour (it’s so helpful when the sales staff knows the merchandise). She also offered another style where each hand had a strap that could be tied to a bed or whatever. I photographed both and sent them off to George for his preference.

He was tied up… I mean busy, and couldn’t take my call so I used the time to browse. After studying a few gadgets and trying to figure out how they worked, I couldn’t muffle my laughter any longer. I think my virtual age dropped to 13 years old, max!

George picked the version with the long straps, and luckily, I could buy it without having to buy the matching leg cuffs. I paid in cash and was handed my package in a tasteful paper bag printed with butterflies.

Early reports just in: they seem to make life better for everybody, even Miriam!

Of course, I’m relieved; it’s not often you can actually help a friend in need; the usual words and good wishes seem so flimsy.

But what I’m left with is the mind-scrambling paradox of my mission. I pray that Miriam if she could speak for herself would agree that this errand was George’s loving effort to ease her days with a dash of humor.

But to be honest, I still don’t know whether to laugh or cry.