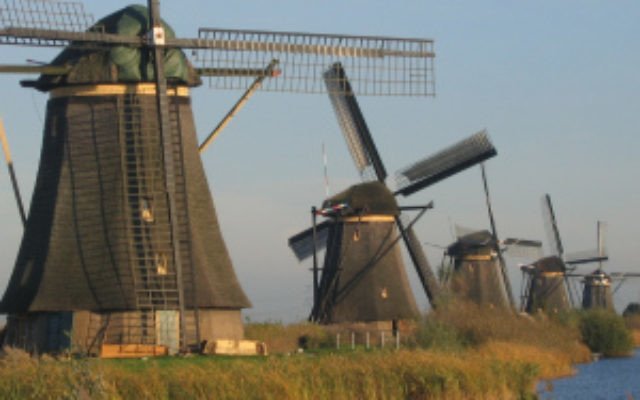 Underworld shoot-outs between criminals take many lives a year in the Netherlands. They have no political consequences. The villains are white and who cares? But when a few Muslims play dirty, they’re all guilty.

This past Shabbat, a Jewish market salesman and his son at their Amsterdam stall were almost knifed to death by a radicalized Muslim. Monday, one Turkish immigrant for the first time in 50 years kills three people in a tram—and it’s not even clear if the murders were terrorism or personal settlement of scores—and the Dutch are ready for Duxit.

NB: The anti-immigrant anti-dreamers anti-climate change anti-EU anti-political establishment party that won mega-big is a bunch of amateurs with no arguments and no depth, the laughingstock of parliament.

Reuters even predicted based on exit polls that the neo-racists would become the Netherlands’ largest party in the Senate, 10% of the seats. They also (wrongly) compared this landslide win to the 2002 victory of the populist party of Pim Fortuyn, two days after his assassination. Rather, his win was clear before and despite that he was murdered.

In fact, in this week’s election, the populist party won 13 seats, 13% of the votes. Besides that anti-establishment voters often lie to the pollsters, many more voters than usual had responded that they didn’t want to say what they had voted – shamefulness can be a good thing.

The percentage of the Dutch who voted National-Socialist (Nazi) in 1939 was 4%. Less than a third of the present shameful vote.

Turkish, Italian and Moroccan immigrant workers were admitted to the Low Countries some 50 years ago and they and their descendants live under constant racist discrimination. The Dutch are a tolerant society for those who are quiet and integrate only. They don’t love the stranger but they will also not bother them if they keep quiet and to themselves.

Dutch xenophobe hostility has been rising recently blaming newer immigrants, fugitives from Syria and North Africa and economic migrants from Poland. Also the rise of Islam has ruffled feathers in the largely atheistic and outside the big cities traditionally Christian population.

Jews are not helped by any of this. Dutch Jews have been receiving much immigrant antisemitism, which was encouraged by autochthon latent and subtle Dutch anti-Jewish sentiments (indifference) and especially anti-Zionism (real hatred). But hatred against “foreigners” hit the Jews there too. As we could see in the Dutch fight against all ritual slaughter. Hated of Jews comes now from many Muslims or racists alike.

While British and Dutch Jews migrate to Germany and Israel, which have learn their respective lessons from WW II, the UK and the Netherlands might feel more cozy in a two-member xenophobe union. I wish them the best of British luck.

As predicted already before the market and tram attacks, the ruling coalition would lose its Senate majority. Despite the win of the anti-green racist party, ironically, now it needs to seek support for its government plans from the green part in the Senate, forcing the present money-grabbing administration to have greener policies.