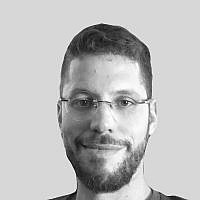 The Blogs
Noy Mordekovitch
0202 - Points of View from Jerusalem's Executive Director
Apply for a Blog
Advertisement
Please note that the posts on The Blogs are contributed by third parties. The opinions, facts and any media content in them are presented solely by the authors, and neither The Times of Israel nor its partners assume any responsibility for them. Please contact us in case of abuse. In case of abuse,
Report this post. 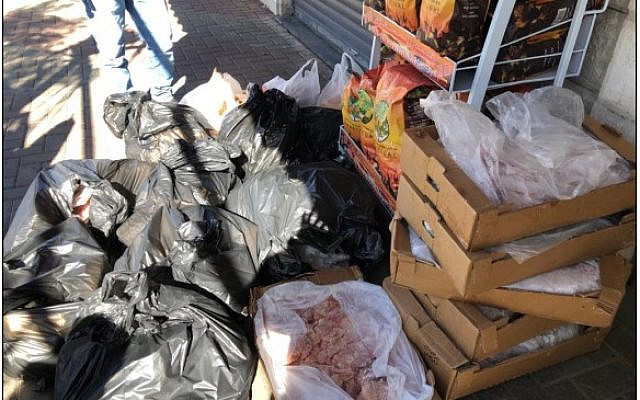 On February 4, 2021 the Israeli Ministry of Health informed the public that it confiscated and destroyed 250 kg of meat from Abed Muhammad Ali’s butchery in Beit-Hanina, (East) Jerusalem, after an inspector discovered that the business was operating without a license and the meat products were in a state “not worthy of human consumption.” The announcement was published in Hebrew on the Ministry’s website.

This announcement, although meant to raise public awareness, had little chance of reaching its intended audience because it was not published in Arabic. Had it not been seen by 0202-Points of View from Jerusalem’s staff, translated into Arabic and published on our Arabic Facebook page, it is not clear that it would have reached the Palestinian community in Jerusalem at all.

The translated announcement received a huge response. Some comments expressed shock and surprise, others praised the cleanliness and quality of said butcher, and a few railed against a government conspiracy to take Palestinians out of business. The impact of the post was apparently so strong that the butcher himself sent us a message expressing, in no uncertain terms, the consequences if we did fail to erase it. His threats must have had some effect because several pages sharing our posts indeed deleted it. Later, he published a short video giving his side of the story — the exact accountability that these kinds of announcements are aiming for. We were happy to post his response on our page.

The popularity of the post might be explained by the “juiciness” of the story. However, more importantly, it is one example of many that show the profound interest that the Palestinian community has in information from the government, including the Jerusalem municipality. This includes laws, regulations, and rights and how to access them, as well as the more mundane aspects of bureaucracy. For example, a video we made a few months ago that depicts some of the difficulties the Arabic-speaking community faces accessing government services also received a tremendous response.

Despite huge steps taken in the past few years by the Jerusalem Municipality, there are still significant gaps in the official provision of information to this community. This problem of missing information became acute during COVID-19, when any vacuum in official information was immediately filled by fake news and conspiracy theories.

We believe that despite tremendous steps taken in the past few years by official channels, there is still work to be done. This includes improving the material translated into Arabic both in quantity and in quality (there are still some official websites using Google translate). An effort should be made to provide information that is particularly relevant to Jerusalemites, such as information on residency or laissez-Passer. In addition, Palestinians of Jerusalem are generally less knowledgeable about where to find government information, even in Arabic, or what kind of information to look for. This, added to the social tabu against approaching the Israeli government, means that outreach and dissemination of information is crucial.

Importantly, when 0202 has approached government offices about specific problems they have usually been responsive. A few months ago, City Hall distributed to every house in (West) Jerusalem a report on future developments in transport infrastructure. We wrote to the Mayor’s Office, and they now are working on an Arabic version. Meanwhile, until the government provides all its materials in Arabic, 0202’s Arabic Facebook page provides a vital source of information for Arabic-speaking Jerusalemites. The growing popularity of these kinds of posts means that we will continue to inform the public about such pressing matters as COVID-19, residency, and even rotten meat.

About the Author
Noy Mordekovitch is 0202 - Points of View from Jerusalem's executive director. He is the first Jewish-Israeli student in the Al-Quds University - MA program in Jerusalem studies. He is lover of languages and cultures: he looks at the other to better understand himself and where he comes from. Facilitator and moderator. Religious free thinker.
Related Topics
Related Posts
Noy Mordekovitch
Comments