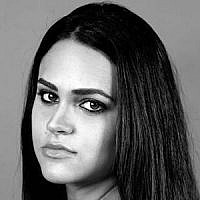 The Blogs
Hadas Aharon
Apply for a Blog
Advertisement
Please note that the posts on The Blogs are contributed by third parties. The opinions, facts and any media content in them are presented solely by the authors, and neither The Times of Israel nor its partners assume any responsibility for them. Please contact us in case of abuse. In case of abuse,
Report this post.

It was in my first “Politics of the Israeli-Arab conflict” class at the University of Birmingham that the words “ethnic cleansing” and “apartheid” came out of the mouths of my classmates, laying the blame on Israel for such crimes.

Growing up in Israel, I didn’t realise how deep the hatred towards Israel was abroad. You can say that I was a little bit “innocent”. But that innocence disappeared when I first moved out of Israel to France, two years ago. Still, I couldn’t help but feel disappointment of the harsh accusations I heard from my classmates.

It also didn’t take long until I was facing with hostile questions from my classmates during the class. I was speaking about Hamas’ terrorism when one classmate claimed that Hamas is not a terror organisation. As I tried to keep calm, I responded confidently “Hamas is internationally recognised as a terror ogranisation”, “So was Nelson Mandela” my classmate responded.

When did it happen that Israel became so hated and Hamas are the good guys? I wondered.

I became silent, but my classmate continued. “Israel is oppressing the Palestinians, what do you expect them to do?” he said, looking at me.  I felt attacked, but managed to respond back. “So you’re justifying murdering Jews? Do you claim that the only reasonable option was to kill as many Israelis as possible?” I said in a shaky and emotional voice. This time he became silent and did not reply.

Recently, the UN secretary-General Ban Ki-moon was expressing the very same idea when he publicly claimed “it is human nature to react to occupation.”  Mr. Ban Ki-moon attempts to legitimise terrorism are ridiculous in my eyes. How can murdering innocent civilians be a justified action? If he condemned the terrorism in France, Africa or America, I don’t see any reason why he shouldn’t condemn terror against Israel. The international community should hold Palestinians accountable for their own anti-peace actions, rather than justifying terrorists.

“Who do you think is morally right?” the teacher asked. “The Palestinians” all the students claimed.

Why is Israel misunderstood?

The false Palestinian narrative showcases Israel as the aggressive force that ruins the Palestinians’ lives, whereas Hamas are just helping the Palestinians to reach independency. It seemed to me that even though I explained Israel’s side coherently, no one cared. The Palestinian propaganda is so strong that even facts and rationality can’t defeat it. It incorporates something that Israel advocacy does not have, it plays on emotions. Countless pictures and videos of Palestinian’s dead bodies and “abuse” of human rights by Israel, make people feel more compassionate for the Palestinian cause than for the Israeli one.

At the end of the class I was approached by the class teacher, who is also an Israeli. “Don’t take it personally” he said, trying to cheer me up. “How can I not take it personally? Israel is my country” I replied. I was shocked how he as an Israeli was not bothered at all by the attacks against his country. Perhaps, he heard these accusations so many times before during his classes that he was already immune. “Let’s be honest, no one in this class is pro-Israel except me” I added. His response was: “maybe some students are, but they are afraid to speak”. At that moment I swore to myself to always stand for Israel, to always stand for my country, especially when no one else does.

About the Author
Hadas moved from Israel to England to pursue her Masters in International Relations at the University of Birmingham.
Related Topics
Related Posts
Comments