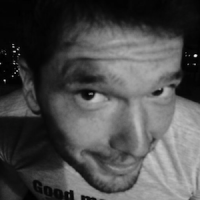 The Blogs
Natan Leibzon
Apply for a Blog
Advertisement
Please note that the posts on The Blogs are contributed by third parties. The opinions, facts and any media content in them are presented solely by the authors, and neither The Times of Israel nor its partners assume any responsibility for them. Please contact us in case of abuse. In case of abuse,
Report this post.

When we put down the keys and say, “This crazy place is too big for us,” there will be an immense joy. A wave of our fellow Palestinians and Arabs will come to the streets to celebrate the victory over the Zionist enemy; their wet dreams finally came true.

With hands flying and fingers shaped like a ‘v’, the Palestinians that were oppressed for so long by the Jewish occupiers finally can take a deep breath of the air of freedom and victory.

Europe will finally be able to shut down its international court of Hague because all the sins of mankind ended with the departure of the Jews from Israel. World peace will be established all over the world and the mid east crisis will have ended.

Iran will cease developing a nuclear bomb for a day, because this day is a holiday. They will call it: “The Day the Zionists Fell” and even the women will be allowed to participate in the festivities, and not forced under cruel and unfair religious laws.

Isis will stop massacring women, children, friends, and brothers. They will give everyone another 24 hours to live, because of the occasion which has put such a big smile to their face.

Egypt will decide to grant amnesty to all the Muslim Brotherhood members in the name of Palestinian freedom.

Sudan will stop its massacres, but continue to forcibly send its refugees directly to the new Palestinian state, where they will receive a warm, welcoming, and supportive embrace.

The whole world will be unite around Palestinian freedom – Apocalypse.

The day when we leave our country is the day before the end of the modern era.

Palestinians will continue to throw stones, just at each other and they will burn everything good just to clean the state from the smell of Jews.

As they do, Assad will see the benefits of occupying the Golan Heights. He’ll throw chemical rockets at any who stand in his way, Arab or not.

Jordan will take control over the areas of the, “Country that was left behind,” to unite Palestinians with those who live already in Jordan.

The Muslim Brotherhood will take over Egypt – again, and lead a revolution in the name of their fanatical regime.

Iran will finally get nuclear capabilities because Israel is no longer there signaling to Iran’s true global intentions. And yes, Iran will decide to do some experimentation on several points around the globe.

All of these changes will aid ISIS and her cause, for within two weeks, ISIS along with the Muslim Brotherhood will reach a united vision: creating the largest Islamic Empire.

And the Palestinians? Some will run to join the army of ISIS, while the others will live under the rule of an extremist psychopathic terrorist, closed in camps worse than today.  But at least this time, they’ll call it freedom.

Freedom from the Jews and freedom to be controlled by those who look like you and pray like you is true freedom, right? For it is better to have an oppressor like you that points a gun at your head, than an alien who establishes social welfare and hospitals.

The optimistic scenario – flames from the Middle East will spread all over the world.

This is a wake-up call to those who care.

We can make mistakes, we can argue, we can hate, we can incite anger, we can be frustrated, we can demand revenge with blood in our eyes, we can gloat, and some of us cannot keep the holy commandments of Judaism of life and murder.

But after we are finished crying, cursing, humiliating, advocating, teasing, judging, crushing and trying to be right, I’m in favor of forgiving, releasing, listening and asking ourselves the simple question of, “where do we go from here peacefully?”

Maybe we are the chosen people or maybe not, but either way, we’re not really saints. If we want to fix the world we need to know ourselves and fix our faults as individuals and as a nation. Murder is the gravest of sins, but sometimes, the pen is mightier than the sword.

We are the light and beacon of democratic freedom in this crazy powder keg called the Middle East, and sometimes the world. We must remember the past four years while we continue to our future.

Each one of us holds a sword and a pen. To which we have been given the power to create, erase, write, change, or build our future. We must learn how to use our pen and control our sword.

About the Author
As a multilingual innovator and entrepreneur attending Bar-Ilan University for law, Natan Leibzon has become well versed in critical thinking under pressure and making fateful decisions when they count the most. His passion lies with changing the world, and is determined to go through any obstacle for such a vision. Natan has a proven timeline of learning from his mistakes to quickly find the "next big thing," and move forward. As a pitch expert and challenge undertaker, Natan possess the entrepreneurial mindset and experience others may lack.
Related Topics
Related Posts
Comments