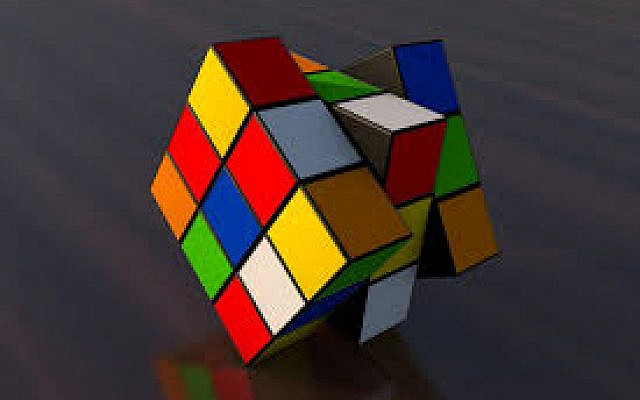 The concept of a space-time continuum presumes that the three dimensions of space can be joined with the dimension of time to create a 4D mathematical model. Under this template, time itself is the fourth dimension. While this notion has only entered the study of physics and metaphysics in the last hundred years, the idea has already been expressed by the Maharal of Prague (1525-1609) and is even reflected in the Hebrew language. Amazingly, some words in Hebrew (and even in English!) share both a temporal and spatial meaning, illustrating the interconnectivity between time and space. For example, the word olam refers to infinity or at least vastness, both in a spatial sense (the entire world) and a temporal sense (forever). The Hebrew words lifnei and acharei (“before” and “after”, respectively) can also be used in terms of space (“I stood before the Lincoln Memorial.”) and in terms of time (“I came home before my mother did”). This idea may help shed light on some of the four Hebrew words for “immediately after”: teikef, mi’yad, le’alter, and otyom. Although none of these words appear in the Bible, they are all definitely used in Rabbinic Hebrew.

The word teikef has a double-meaning. On the one hand, it means “closely pressed together”, yet, on the other hand, it also means “rapidly succeeding each other”. This demonstrates the interconnection between the spatial and the temporal in the Hebrew language. In other words, two objects which are spaced close to one another, and two events which transpire close in time, share the word teikef. So, teikef means “immediately after”, but it also means “spaced closely together.”

Another Hebrew word that means immediately, or forthwith, is mi’yad. If translated hyper-literally, the word mi’yad means “from hand”. This word also suggests a correlation between time and space, for the most readily transferable object is that which sits in one’s hand so it can be directly transferred to someone else’s hand. This is conceptually similar to the time-related concept of immediacy, which denotes the speedy flow of chronology from one event to the next one immediately afterwards. (I once thought that the English expression “off-hand” might be related to the Hebrew word mi’yad, such that when one says, “I don’t remember off-hand…”, he means “I don’t immediately remember…”)

The third Hebrew word which denotes the concept of immediately post haste is le’alter. Most famously, some Jews have a custom to greet others on the first night of Rosh Hashana with the words, le’shanah tova tei’katev ve’tei’chatem le’alter le’chaim tovim u’le’shalom (meaning, “For a good year, shall you be written and inscribed, immediately (le’alter), for a good life and peace”). How can we break down the word le’alter? Some commentators, including Rabbi Yishaya Pick-Berlin (1725-1799) and Rabbi Yaakov Emden (1697-1776), explain that le’alter is portmanteau of the phrase al atar (“on the spot”). In light of this explanation we again find a connection between space and time, because “on the spot” literally refers to location, yet the word le’alter refers to an occurrence straightaway in time.

The fourth word in our set is commonly pronounced otyom, but some argue that it should really be read evteos. This term appears once in the Mishnah (Niddah 2:2) and clearly means “immediately thereafter”. Rabbi Emmanuel Chai Ricci (1688-1743), in his commentary to the Mishnah, writes that the word otyom is an abbreviation of a Hebrew phrase which characterizes the halachic definition of “immediately” in the context in which the word appears. However, Rabbi Betzalel Ronsberg (1762-1821) disagrees with Rabbi Ricci’s interpretation and points out that it is inconsistent with the conclusions reached by the Talmud regarding the halachic definition of “immediately” in that context. He instead prefers the approach of Rav Hai Gaon (in the commentary to Niddah ascribed to him), Sefer HaAruch, Rashi (to Yoma 6a and Keritot 17b), and Rashba (Torat HaBayit 7:3) who all write that otyom is actually a Greek word. Indeed, the Ancient Greek word εὐθέως (pronounced euthéōs) means “immediately”.