It’s been a torrid few days since the Israel-prize-winning poet Erez Biton presented his committee’s 366-page report to education minister Naftali Bennett. Biton had been charged with the task of making recommendations for how Israeli schools might introduce more content about Mizrahi and Sephardi history and heritage into the curriculum.

The report, which purports to acquaint school kids with their rich and beautiful Mizrahi heritage by sending them on trips to North Africa and the Balkans, among other suggestions, came in response to pressure from Israeli organisations representing Jews from Arab lands. Mirroring the western origins of the founders of modern Zionism, the history Israeli schoolchildren learn is Eurocentric, although over 50 percent descend from Jews driven from Arab and Muslim countries. Mizrahi leaders have been pushing for the Biton report to correct the imbalance.

The published report has sparked a variety of reactions — some violent. The Israel Army Radio critic Gidi Orsher lost his job over remarks he made that the Biton report marked a victory for eastern superstition and obscurantism over science and technology. Miri Regev, culture minister of Moroccan descent, lost no time in savaging Orsher as a worthless elitist.

By contrast, the left-leaning Haaretz newspaper has been crowing its glee, commending the report for letting ‘Arab-Jewishness out of the closet’. For Zvi Barel, it’s all about ending the state’s historic ‘discrimination’ against the Arabic language and culture. At last, Barel enthuses, Israeli school kids will be able to tap into their latent ‘Arab’ identity by studying the now officially-approved works of the great medieval Muslim poet al-Mutanabbi.

But as Ashkenazi opinion-formers descend into time-worn cliches about ‘discrimination’ — to which the Biton report pays lip service, recommending that school kids be taught in civics classes of the Israeli Black Panthers, the Wadi Salib riots and the ‘kidnapped’ Yemenite children — no one seems to have asked Mizrahim themselves what they thought. A survey by the Israel Democracy Institute found that only 1.4 percent of respondents thought that Ashkenazi discrimination of Mizrahim was a point of conflict. Economic inequality and lack of career prospects were far more pressing issues.

Although they recognise that the Biton report is an important first step, Mizrahi leaders, for their part, are bitterly disappointed. “It’s a scandal,” says one. The coalition of Mizrahi representative bodies are reported to be drafting a scathing letter to the Biton committee members, with a copy to Naftali Bennett.

The reason for their disappointment is that the report does not adequately reflect the ‘tragedy’ of the Mizrahi Jews — the expulsion and dispossession of Jews from Arab and Muslim lands. Cryptically, the Biton report promises that “Arabs and Islam will be presented not just in relation to the Jews (as subjugators or providing good treatment) but as themselves.” Quite what the report writers mean by this is not entirely clear, but to wax lyrical about the cultural points of connection between Jews and Arabs while glossing over one of the worst examples of mass ethnic cleansing of the 20th century but would be like enthusing over the great Jewish contribution to Eastern European culture while barely mentioning the Holocaust.

It is essential for children to learn the context of why their parents and grandparents had to come to Israel without exaggerating the Mizrahi contribution to Zionism. For the most part, they came as refugees, and no amount of studying the great poet al-Mutanabbi can obscure this fact. 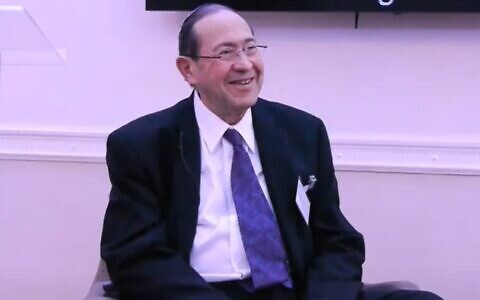 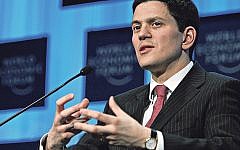