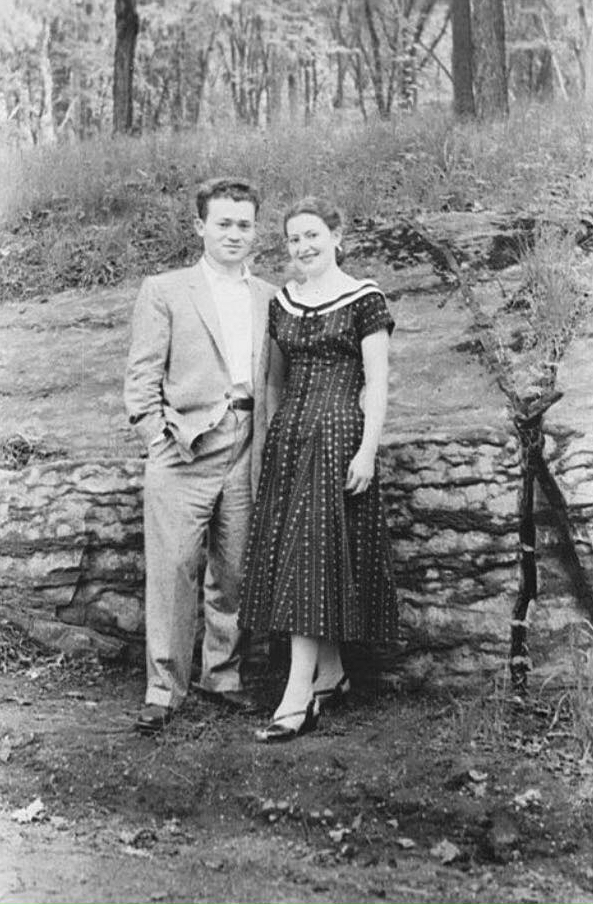 On the first day of Pesach, my father, Barry Maryles, suddenly and unexpectedly passed away. Numb with shock, my siblings and I flew to Israel to bury him. No less than seven different men, varying in observance from chassidic to Modern Orthodox, told me that I couldn’t deliver a hespid, a eulogy, during the holiday. (And indeed, throughout the month of Nissan.) For the duration of the celebration, one mustn’t make people cry.

“Make it a tribute,” my rabbi told me gently. “A celebration of his life.”

This is what I wrote. My brother delivered it at high noon at Eretz HaChaim Cemetery in Beit Shemesh, on a day so hot the earth crumbled like dust in our fingers and the trees wilted in the sun. Because we weren’t allowed to mourn until after Pesach was over, we ended up sitting shiva on Yom HaShoah–which was strangely fitting.

Once upon a time, there was a little boy. He lived with his loving mother and father and two older brothers in a pretty village in Poland. Soon there was a baby brother. And two baby sisters. And the boy was happy.

The war took many things from the boy. It took most of his family. At the end of it, the boy emerged from a hole in the ground with his father and one brother, and still, the boy was happy, because he was alive.

After the war was over, his father married again, to a wonderful woman who gave him a new baby brother. Together, the boy, his brother, his father, his stepmother and the new baby moved to America. Someone signed him up for Torah V’Das Yeshiva in Brooklyn, where he attended with a bunch of other boy Holocaust survivors. And though the war had wrung childhood from him, slowly, the boy learned how to be a boy again. It didn’t take long for him to figure out what he wanted to do with his life. He wanted to help people who had lost their smiles find them again. Soon after that, the boy was drafted into the American Army, and shipped out to fight in the Korean War.

As luck would have it, the boy was posted to a medical unit in Germany. And as luck would have it, he was based near a DP camp, where other people who’d lived through the war he’d survived were waiting to be assigned new homelands. At this camp, the boy, who was no longer a boy, but had grown into a man, met a beautiful girl with a river of long red hair. A few years later, they were married.

The boy, who was a man now, had big dreams. He was going to build his own business, opening a dental laboratory. He was going to teach his father and his brothers how to work in the business, so that they could all live happily ever after. And after that, he was going to raise a family of his own.

And that was how the little boy, from whom the war had taken so much, achieved everything he had ever wanted.

You many have guessed by now, that the little boy in my story was my Dad. If you ever wondered what I learned from you, Dad, it was this:

To love my family and always put them first.
To make time for my friends.
To dedicate myself to Jewish life.
To always be the best at what I do.
And to never, ever, ever give up.