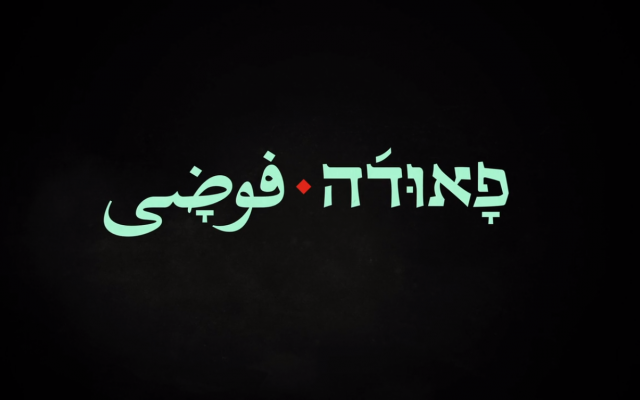 I am stuck at home due Covid19, and as I was running out of shows to watch I noticed Netflix was finally launching the third season of Fauda, and since everyone is tweeting, posting, and writing about it, I thought I had to do it, too, right? I am just a random Peruvian girl deeply in love with the Fauda cast and its plot. Dear Lior, if you are reading me, please stop ignoring me in LinkedIn and Instagram – thank you! 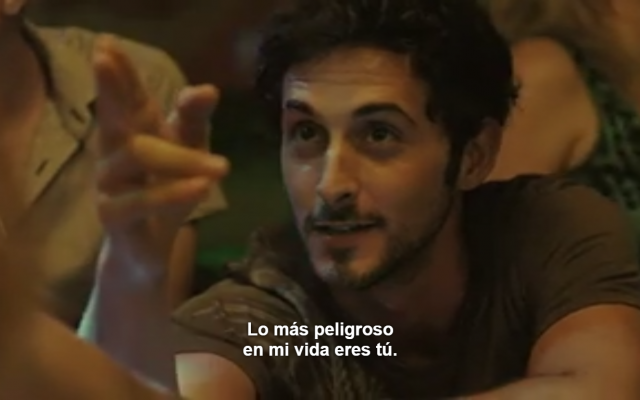 “The most dangerous thing in my life is you” – photo taken out of a Netflix transmission.

In 2015 I was just out of university and starting to work, the year before I had been in Israel and was 100% convinced I needed more, and boom, Fauda came along and it was the best thing ever. I am still in the process of forgiving the producers for taking down Boaz, aka Tomer Kapon. I was (still am actually!) totally in love with him. Thank God they had him in “When heroes fly” and “Hostages” so I could keep drooling for him.

Fauda is the action show we all need and want in our lives, they have guns, blood, strategy, man, for a moment I felt I was leading the team when learning so many tactical words. On the other hand, Fauda has balanced the army life with a bit of family drama. You are going to get a cheating wife, a couple learning to be parents, loyalty to the family, a young adult having his personal dreams frustrated due his “job responsibilities”, kids struggling to go back home and more. Somehow the producers found the ideal amount of shot bullets and familiar emotions.

Screenshot taken from a Netflix transmission.

Some people (I am looking at you, George Zeidan) say this show is ignorant, dishonest and blablabla, but I guess these people ignore that this is what it is: a TV show. If I would raise a complain every time a TV show or a movie would badly portray what is it to be Latina/Hispanic, then we would have ran out of things to watch. If this were to be a documentary, this complain might have been acceptable. And also, how many of the videos produced by the Palestinians are accurate and true to life?

In 2018 Fauda released their second season, I was in Israel back then and I had to wait a loooong time for it to be available in Netflix and with subtitles but it was so worth it. What can I say about this third season? It is epic. I found myself at 2am in the middle of my bed hugging my hot tea bottle and crying my eyes out, this is how connected I was with the plot. This is how much I need a new season. My life is forever connected to Doron and his colleagues.

You can dislike Israelis, you can be anti-guns and you can know zero about the Middle East, and still, this show is worth your time and attention as a new source of entertainment and to check if you still have feelings and can still connect with characters. Although, if you do like Israel and you wanna catch some Hebrew, this is your moment. They talk fast but fiercely so you can catch not only the language but that Israeli energy we like so much.

Anyway, if you are like my man, too cool to spend time watching things he already know happens within the Israeli Defense Forces, then there is another show that has to go up in your must-watch list: Unorthodox. Shira Hass is the boss in this documentary that puts a shining light on women liberation and empowerment. She is also in Shtisel like a little big boss and in the Zookeeper’s wife with a shocking role.