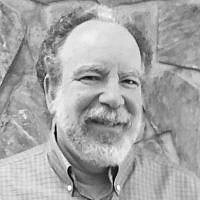 The Blogs
Rob Goldston
Apply for a Blog
Advertisement
Please note that the posts on The Blogs are contributed by third parties. The opinions, facts and any media content in them are presented solely by the authors, and neither The Times of Israel nor its partners assume any responsibility for them. Please contact us in case of abuse. In case of abuse,
Report this post.

This is a response to Emily Landau’s critique of the “29 Scientists” letter to President Obama about the Iran Deal. I am one of those scientists, and I am also a Times of Israel blogger.

Do we just re-iterate the administration’s talking points?

Our group includes prominent non-proliferation experts with years of experience in this field. As a result, our letter does not just reflect the US Administration’s talking points. For one, the Administration always contrasts the extended breakout time due to the JCPOA (the Joint Comprehensive Plan of Action, the “Iran Deal”) with Iran’s breakout time today, a few months. We point out that the correct contrast is with Iran’s breakout time just before the Interim Deal, the JPOA (the Joint Plan of Action). Then, with 200 kg of 20% enriched UF6 in hand, the breakout time was just a few weeks. That’s the real problem that this deal fixes. PM Netanyahu was right to point this out so dramatically at the UN General Assembly in 2012.

We also call for using the time that the deal buys, and the basis it provides, to strengthen the Non-Proliferation Treaty, a goal that I am sure you share. I am not aware that the Administration has ever mentioned this. In 10 – 15 years, as Iran gets out from under some of the enhanced provisions of the JCPOA, as I have written here, we propose that key provisions be implemented in the Non-Proliferation Treaty, to which Iran will remain a signatory.

We recognize that Iran may well try to evade inspections and play for time; that is what makes so important the 24 day cap on the time between when the IAEA (International Atomic Energy Agency) asks for access for inspections and when access must be granted, assuming the EU and the US agree. It is amazing that Iran accepted this. Currently, even in the Additional Protocol (AP), the cap on this time is the age of the universe.

You bring up North Korea. The deal with North Korea is four pages long and never mentions uranium. It doesn’t include an AP (the AP was just being invented), let alone the stringent restrictions and verifications in the JCPOA. We had no way to know if North Korea was cheating. Our negotiators have learned from that experience. That’s why this deal is 159 pages long.

I understand your point of view that Iran should be shamed publicly in the area of Possible Military Dimensions, in order to undermine its narrative of innocence. My own judgment, as I have written before, is that, at this point, we need transparency, not shame. We will get more of the former if we demand less of the latter. The JCPOA includes an innovative way to accomplish this. I don’t see Director General Amano giving Iran a clean bill of health against his damning November 2011 report if he doesn’t believe Iran has told the whole truth. He knows that the IAEA’s reputation and maybe its very existence is on the line. If Iran does not get approval from DG Amano, there will be time to keep pushing on this issue between December 15 and “Implementation Day,” with Iran’s foot-dragging becoming increasingly obvious. And then any of the P5 can prevent sanctions from being lifted on that day. Iran surely wants out from under the sanctions, and understands the consequences of not satisfying the IAEA.

Snapback sanctions, at any time, would likely be the end of the deal. But a deal that ends due to Iranian intransigence is surely better than a deal that never starts due to the US Congress imagining a better one. And how is that imagined better deal to be achieved? The US will arrive at the negotiating table without partners, since Britain, China, France, Germany and Russia have all accepted the deal as it stands. The sanctions against Iran will very likely be quickly melting away. And Iran may be making 20% enriched uranium with no restrictions. Whose hand will have been strengthened?

I understand and share your concern at the prospect of a militant Iran resurgent due to access to more funds. But the international sanctions that were put in place were designed to eliminate Iran’s potential nuclear weapons program, and there is no way for them to continue indefinitely once Iran has agreed to verifiably renounce all paths to a nuclear weapon. You must agree that an Iran with nuclear weapons would be much worse.

And if Iran cheats on this deal in the future, the military option will get stronger not weaker if, as I have advocated here, the US and Israel work together to strengthen Israel’s missile defenses. Iran has intermediate range missiles, and has given shorter-range missiles to Hezbollah. Let’s defang both, as we worked together to defang the missiles from Gaza.

The US should also work with the IAEA and its Board of Governors to strengthen the Non-Proliferation Treaty and its Additional Protocol, based on the JCPOA, so that Iran is strictly constrained and monitored even in the very long run.

I have tremendous respect for Tel Aviv University’s Institute of National Security Studies, for its director, Amos Yadlin, and for you, Ms. Landau. In my reading, your work on security issues in the Middle East is very well considered and very well argued. But I request that you reconsider your rejection of a good deal for the Middle East and for Israel. The alternative is a nightmare.

About the Author
Rob Goldston is a professor of Astrophysical Sciences at Princeton University. He teaches and writes about nuclear energy, with special focus on nuclear proliferation risks. He was director of the US Department of Energy Princeton Plasma Physics Laboratory from 1997 to 2009. He won a 2014 "Leading Global Thinkers" award from Foreign Policy Magazine for his work on arms control.
Related Topics
Related Posts
Comments