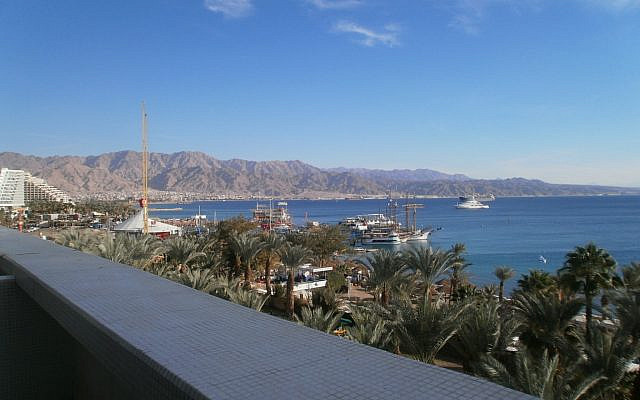 With its unique mix of people from all over the world, almost all of them with Jewish roots, Israel’s population comprises a wide range of cultures, traditions and even genetic composition.

The juxtaposition of so many people from so many different backgrounds has given rise to some unexpected friendships, relationships, combinations and unions. The idea that this could happen ‘only in Israel’ came to me as I was participating in an event to celebrate the fiftieth wedding anniversary of friends. The husband was brought from Yemen to Israel as an infant, the wife is a former ‘new immigrant’ from the USA. They met in Jerusalem, fell in love, got married and, lo and behold, their marriage has lasted for fifty years. Their drastically different cultural backgrounds weren’t an obstacle to their marriage and don’t seem to have got in the way of its endurance. I know that people from different ethnic backgrounds get married all the time all over the world, but this is the one I’m familiar with.

When new neighbors moved in to the house next door we wondered who and what they might be. On becoming acquainted with them we realized that these were in fact neighbours from heaven. Both husband and wife are translators, which is exactly the profession I have been working in most of my adult life. They are literate, well-read, cultured and pleasant (and don’t have a dog – unlike  the three neighbours opposite whose five hounds bark all day and most of the night). In additon their son, Ariel (same name as my son, but much younger), is a gifted pianist and did very well at the recent Rubinstein International Piano Master Competition. As inveterate music-lovers, we were happy to be able to hear him practicing on their Steinway grand piano at the other side of our shared wall. Having completed his studies in Israel and London, Ariel is now living in London and embarking on his professional career.

The young technician who came to our house a few weeks ago to attend to some disfunction equipment had to check something in our basement. When he saw our table-tennis table there he challenged my 81-year-old OH to a game, and was amazed and impressed at being thoroughly trounced. Upon completing his assignment he gave us his phone number and told us to call him directly whenever we had a technical problem and not to bother calling the company. The only reward he required would be a repeat game of table tennis. Only in Israel!

During the Corona pandemiv, when people were told not to go out and about, and before the vaccinations had been developed, we opted to order our groceries from the local grocery store. We would phone the owner with our shopping list, and half an hour later he would be at our door with the best-quality items as well as fruit and veg. (and priced somewhat higher than the supermarket). This friendly personal interaction lasted throughout those long, dreary months of isolation, but eventually we got our jabs and life began to return to its normal routine, where we could venture out and go to the supermarket once more. After a few weeks had passed, we had a phone call from the owner of the grocery store inquiring after our health and indicating that he would like to see us in his store from time to time. We got the hint, and now try to make a point of going there as well as going to the supermarket.

Most Thursday evenings my OH goes to one of Jerusalem’s major bakeries to buy freshly-baked Challot, the special bread Jews have for the Sabbath. He likes to be sure that the loaves are really fresh and that they have not been touched by the hands of other customers. So he has got into the habit of phoning the bakery ahead of time to make sure that the Challot are out of the oven and ready when he comes. By now the serving staff recognize his voice on the phone, tell him when to come, that they have put some aside for him, or that him he should go and get some groceries first. I doubt that one would find that level of intimacy and concern anywhere else in the world.

I might be wrong, but these and other examples give me hope for the future of the Jewish people and humankind in general.