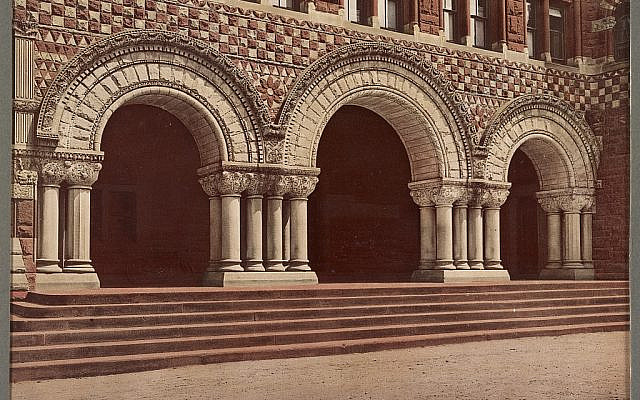 It seems there is no longer such a thing as a pleasant occasion anymore. In working on our 50th Harvard Law School reunion, we were thinking only of reuniting with old friends and enjoying ourselves. To be sure we wanted to be sharing memories of the turbulent late sixties with their assassinations of Rev. King and Bobbie Kennedy; the Vietnam, Cambodia, and civil rights protests; and the questions of what we wanted to do with our lives as lawyers. Still, we expected a quiet time for reflection among us 75- and 76-year-olds.

It is not be be. We have the bombshell of the leaked abortion decision. Closer to home, and of immediate concern to us as alumni and alumnae, came the Harvard Crimson Editorial endorsing BDS, suggesting that its views reflect currents of thought among the student body in Harvard Yard. A number of us started asking ourselves whether we would feel welcome when we returned for our reunion this fall. We’ve been waiting for this reunion for two years while the COVID pandemic raged. We felt it was finally safe to return. Now this new dilemma has reared up.

As a result, two of us from the Class of 1970 Reunion Committee sent the message below to the Dean of the Harvard Law School. We only ask that the School clearly assert that we Jewish graduates who support Israel should feel welcome at the School despite the Crimson editorial.

Our letter to the Dean of the Harvard Law School

We are writing to request that you issue a statement clearly emphasizing that the Harvard Crimson editorial on BDS and Israel does not speak for the Law School.

We are both members of the committee helping to organize the 50th Reunion in October for the Law School Class of 1970. Both of us, like other committee members, are committed to helping the Law School reach its fundraising goals for the Reunion and to make it a successful event.

However, we were both taken aback by the Crimson editorial sanctioning Israel, to whose welfare we are both deeply committed. To the extent that the editorial reflects sentiment among the student body, which it appears to, we do not feel welcome in Harvard Yard at this time. We need the Law School to state clearly that the Crimson editorial does not speak for the Law School and we are all welcome to return there, regardless of our views on Israel.

Our Class is unique in that it was born in controversy, with the assassinations of Martin Luther King and Robert Kennedy in our first year, 1968, and the subsequent first in law school history cancellation of exams. In our second year, there were further demonstrations over Vietnam and Harvard’s construction hiring practices. Then our stay at the Law School ended with more turmoil in the Spring of 1970 with the Cambodia incursion and the once again unprecedented change in schedule just before graduation. All this came with the background of the war draft looming over us and the Law School’s activism in opposing the Carswell Supreme Court nomination.

Now we have another challenge. We hope that the Law School responds in a firm but welcoming fashion that emphasizes what we have in common rather than what divides us. 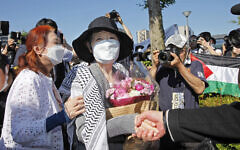