The Blogs
Elkana Bar Eitan
Apply for a Blog
Advertisement
Please note that the posts on The Blogs are contributed by third parties. The opinions, facts and any media content in them are presented solely by the authors, and neither The Times of Israel nor its partners assume any responsibility for them. Please contact us in case of abuse. In case of abuse,
Report this post.

No major international news broadcast will mention you, Gal. Not many will be informed that a gentle soul, a 19-year-old boy, Israeli-Jew, was brutally stabbed to death by a Palestinian terrorist. Very few will learn what a great person and talented musician you were. Only those who really care will read about your sense of humor and ability to connect to others (even though you were a bit shy). Most people won’t hear your family and friends grieving and asking why? Why was did your life end at such a young age? Even less will ask why is it ‘OK’ to stand by terrorist that are raised to hate? Why is it considered ‘moral’ to support murderers that clearly have one goal – to kill Jews. Your innocent smile and good eyes won’t have much of an impact since their minds are set already. You are the villain! They will blame you for being part of the occupation and therefore a legitimate target. You wear IDF uniform! That’s how they will justify your brutal death! You will try to answer that you are just a young man, doing your best to protect the citizens of Israel, the only democracy in the Middle East. You will swear that you were there to secure a bus stop and prevent an extreme terrorist from attacking civilians. But although the facts will be on your side, they will tell you that no one cares about facts anymore. They will tell you that it’s the narrative that matters. You are the aggressor/the colonist/the white male that is bullying the weakling. You will try and argue that this must be a mistake, no one who ever met you would ever accuse you of these terrible things! But they won’t listen. If they would, that may change the polarized way of looking at reality and that’s way more than they are willing to risk.

An ancient Jewish saying says: ‘Tell me who your friends are, and I’ll tell you who you are’. I’m proud to say that you are my friend Gal.

Although we never met, the pain I feel when learning about your personality and values reminds me of the pain I felt after losing a close friend or family member.

I’m proud that our people chose to focus on life rather than death. Proud to be part of a nation that was able to rise from the horrors of the Holocaust and create flourishing communities in Israel and around the world. Communities that contribute to the world and promote peace. My people are heroes! You, Gal, are a hero!

The villains are not only the bloody terrorists that are actively trying to harm innocent people but also their supporters. These supporters may use liberal terminology and speak highly about human rights but behind these beautiful words, we can clearly identify pure hate.

Hate that goes back way before 1967 0r 1948. Hate that has nothing to do with Zionism, occupation or human rights. Hate that is impossible to grasp with common sense.

This ancient phenomenon has been going on for centuries, it’s only that plot changes. Before the Jews had the State of Israel, Jews were accused of being evil. Post-holocaust, classic antisemitism is not as acceptable, so the new form of anti-Semitism is Anti-Israel. Now Israel is accused of being Evil.

The first time I personally experienced this hate was when interviewed on one of the largest international news channels. This was during the Second Lebanese war in 2006. I was part of the IDF combat forces and just crossed the border back into Israel from Lebanon after a long intense military operation. We were exhausted, hungry and anxious to get some rest before heading back to the battlefield when we met a team of reporters. They were looking to interview Israeli soldiers on the front-line so seemed excited to meet with us. Dirty from the remains of face paint and in full combat gear, it seemed like we were exactly the authentic story they were looking for. Thanks to my English, I was asked to answer a few questions. You can imagine how excited I was since this was the first time I was ever interviewed for TV. I wasn’t prepared or given any instructions on how to behave on camera, the reporter said that I should simply be myself. At age 20, with very little sleep, being myself seemed easy so I agreed. I wasn’t thinking about the message I would deliver or the importance of my appearance, I simply thought it would be cool to be on TV and maybe some of my relatives overseas will see me on the news.

The reporter asked about our experiences in Lebanon. What was our mission? Was it accomplished? Who did we interact with? Did we have any interaction with Lebanese civilians? Etc. My answers were short and sincere. When asked about civilians, I spoke about the clear orders NOT to harm any civilians and explained the efforts we made to make sure civilians were not in risk. I was also asked to share some personal feelings. I specifically remember being asked if we ‘enjoyed the action’. My answer was that we would much rather NOT be in this situation. War is terrible and we hope and pray to go back to our homes and families. I also noted that we would never have been here unless Hezbollah terrorists crossed the border and attacked an IDF unit patrolling the border (6 Israelis were killed and 2 more kidnapped). After the 10 min interview was over, I asked when they think it would be aired so I can share with family and friends. His immediate response shocked me: The simple answer was NEVER. The interview would never be on TV. WHY? I asked a bit confused. ‘This is not what we are looking for’ I was told by the reporter. The photographer realized that I was confused so explained that the answers don’t fit the message they are trying to share with their viewers. The message of Israel as the villain looking to cause pain and misery to the week Arabs. My authentic interview may give the opposite message so won’t be part of the News item. Simple as that.

It was then that I realized how hard it is to change the image of Israel. Besides the lack of journalistic integrity or any sort of sympathy, what I sensed was pure hate. Hate that was so deep, it was clear that nothing I would say or do will change this. 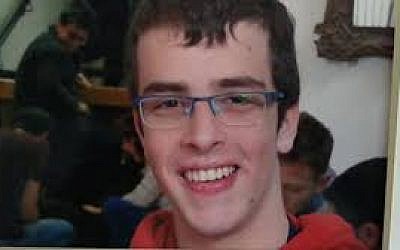 However, Gal, I promise you that we won’t give up! We will keep playing the music that you loved, we will keep sharing your story of kindness and pure good! We will keep working hard and standing by our high moral standards since we believe that spreading light is the best way to overcome darkness.

Rest in Peace, my new friend,

About the Author
Elkana is an entrepreneur and business manager with a deep passion for education. Since 2007, Elkana has been in the field of experiential education and social entrepreneurship, focusing on community building, social awareness, humanities, and Jewish identity. Elkana currently resides in Rockville, MD, together with his wife, two daughters, and son.
Comments