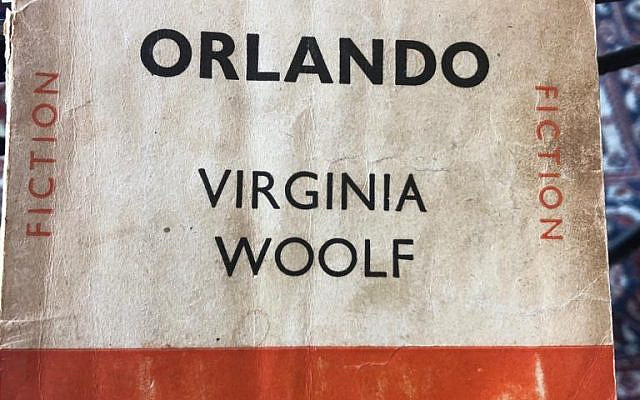 I read ‘Orlando’ originally many years ago, when I first ‘discovered’ Virginia Woolf and the fascinating world of the Bloomsbury Group – the coterie of artists, writers and intellectuals that coalesced around her and her husband, Leonard Woolf (who was Jewish). I eagerly swallowed every word she had ever written, as well as her diaries, collected letters and  the many works about her and the other members of the group. She and many of them lived in the Bloomsbury area of London, in those heady interwar years, hence the name. ‘Orlando’ was one of Virginia Woolf’s books that I read at the time, and I remember not being greatly taken with it, although, as always with her, the prose was rich and impressive. I simply didn’t feel that the book had the kind of narrative impact that I had come to expect.

As the result of some words of high praise written by a friend, I decided to reread the book, and found that my initial impression was not too far wrong. This time round I paid more attention to the writing (even to the highly idiosyncratic punctuation) than I had in the past, and found myself being irritated time and again by the knowing tone adopted by the narrator, the constant asides, parentheses, notes in the imaginary margin and the altogether overbearing and patronising tone in which the tale of the individual known as Orlando is told.

In fact, the story of the imaginary character, who is at first male, then female and lives through several centuries of British and European history, is the hook on which the book is predicated, but is not really the crux of the book, even though he/she constitutes the title. The book is rather an opportunity for the author to take the reader on an intellectual journey through British history, British literary fads and fashions, and British manners and mannerisms, especially those of the aristocracy and upper classes, while displaying her encyclopaedic knowledge of those and other subjects. For good measure she throws in musings about philosophy, gender identity and the nature of artistic rivalry which is all well and good but doesn’t do much to stimulate the reader’s interest.

To be quite honest, I found the entire tone of the book tedious, and because it also had a soporific effect on me it took me far longer than usual to get to the end, as I was constantly overcome by an insurmountable urge to sleep (maybe this should be recommended as bed-time reading, even though I read it in daytime). What I found particularly annoying was the constant ‘nudge, nudge, wink, wink’ attitude of the narrator which takes the form of comments, asides and playful forays into some kind of false intimacy between reader and author.

Virginia Woolf dedicated the book to her friend, fellow-writer and possible lover, Lady Ottoline Morell, and it is a possibility that the tone of the book is in some way an echo of that writer’s style, and may even be some kind of love-letter addressed to her. There are also in-jokes and oblique references to contemporary (and possibly rival) writers and thinkers, among those I managed to identify were D.H. Lawrence, T.S. Eliot, Maynard Keynes’s wife and the Hogarth Press set up by Leonard Woolf. On the brighter side, I found a scene set in the Marshall and Snelgrove department store in Oxford Street particularly evocative, though various parts of London at different times in its history are described with great vivacity.

The book may have been considered revolutionary at the time it was published, in 1928, but its general tone today strikes this particular reader as laboured, pettifogging, pretentious, patronizing, pedantic and priggish.