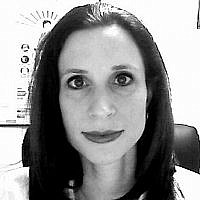 I don’t hide the fact that I have a son who is not religious. Yes, I don’t exactly go out of the way to broadcast it from the rooftops, but I don’t pretend that he’s someone he isn’t. I am very proud of each of my kids, I talk about all of them all of the time, and if I am asked directly if he’s still religious I say no, and move on with the conversation.

Reactions to my answer can be divided more or less into two main camps (with a sub-camp).

Left of center (Ultra Modern, Conservative, Reform, Secular, Unaffiliated, and all shades in between) — generally, they acknowledge that it must be difficult for me, but they praise me for raising a child that has the freedom to think for himself, the ability to choose his own path, and to be upfront and honest about it with me. They pat me on the back for being accepting of him and his choices even though they differ from what I would have chosen for him.

Right of center (Orthodox, Chassidic, Agudah etc) — they tell me how sad they feel for me, and they point out that he’s still young, just because he feels this way today, doesn’t mean he won’t return to religion at some point. You just never know. Once he finds the right girl and gets married he will rediscover Judaism. But they all say that it must be so very heartbreaking for us.

Then some (many) ask “where do you think you went wrong with him?”

Why such a dichotomy in people’s reactions? Is it because for us religious folk there is an abject fear that one of our own children could leave the fold, and find their own personal path that is far from that of the parents’? And that should this child leave the framework we do not know how we would react? Is the question, “where do you think you went wrong with him?” a smug way of saying, “My kids would never leave Judaism because I have been a perfect parent so you must be at fault?” (Honestly, maybe before my son made his own life choices, I may have thought that fleetingly. I’d never have said it out loud). Maybe others do judge the kind of parent I am, and think it’s my fault that my son is no longer observant. I’ve even been asked if I thought my kid would still be religious if his father and I had not got divorced. (My parents got divorced and I stayed religious as did both my brothers, so there goes that theory).

As parents, we do tend to blame ourselves a little. I guess it’s only natural. But we should be proud that we have raised free-thinking individuals, not content to be sheep and toe the religious line just because that’s what is expected. If they choose to continue to be religious it is a conscious well-thought out choice. If they choose to leave, again: their life, their choice.

There is a third reaction, though, that comes from other parents who have been in the same situation. And it’s always one sentence that they all use. “Keep the lines of communication open.” At the end of the day, that one sentence should be applied to any relationship between a parent and an older child. Don’t judge. Be there. Loving a child doesn’t necessarily mean you approve of what they are doing, but it means that you are always there for them, no matter what.

We are supposed to raise our children to be good, moral, decent people. Surely that matters way more than anything else.

About the Author
HaDassah Sabo Milner is a Welsh Jew who lives in Monsey NY. She is a writer and a blogger and a lifelong foodie, and works as a paralegal. She's married with four sons who provide her with much fodder for her writing projects. HaDassah's oldest son made aliyah in Aug 2013, and her second son joined him in July 2014. Son #3 made Aliyah in August 2016 .Son #4 just graduated high school, has no plans for aliyah and works as a volunteer EMT.
Related Topics
Related Posts
HaDassah Sabo Milner
Comments