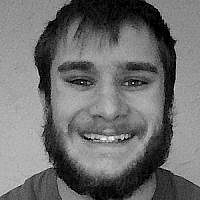 The Blogs
Daniel Kraft
Apply for a Blog
Advertisement
Please note that the posts on The Blogs are contributed by third parties. The opinions, facts and any media content in them are presented solely by the authors, and neither The Times of Israel nor its partners assume any responsibility for them. Please contact us in case of abuse. In case of abuse,
Report this post.

Let’s talk about Tamir Rice and Mike Brown and Samuel Shepherd, a black World War II veteran who in 1951 was shot to death by a white sheriff. Shepherd was handcuffed and unarmed; a judge declined to convene a grand jury for his murder.

And let’s talk about what it means to be a white, American Jew.

I’ve been feeling, lately, at war with myself. As a Jew, I say that I was a slave in Egypt. I live in the shadow of Auschwitz, only generations from the mechanized slaughterhouse of Nazi Europe.

But I’m also a white American. I have privilege my ancestors could never have dreamed of. Yes, I often feel uncomfortable and distinct in our mostly Christian country, but I know that if I’m gunned down in the street, justice will be served.  I’ll never have to worry, as I enter my home, that the color of my skin will be probable cause to arrest me for breaking and entering, and the police will never stop me because it’s threatening when I walk with my hands in my pockets.

All white American Jews share with me these dueling, conflicted identities: an inheritance of suffering, slavery, and oppression, and an inheritance of racial and economic privilege. But in the wake, this week, of the news that another white man who shares so much of our privilege has killed with impunity, spilling the blood of a black man who shares our history of oppression, it’s far past time to ask ourselves exactly where we stand.

Let’s take a serious look at the Jewish communities we belong to and at our relationships with our black neighbors. Do we grant them the full respect and dignity we grant each other? I can’t answer this question for you, and often, because it’s hard and painful labor to see my own moral failure, I struggle to answer it for myself. It’s easy, though, to fall into the mindset that the violence our black neighbors face is their violence, is their problem, and I worry that this mindset is an unquestioned default in many Jewish communities.

So whose side are we on? As individual Jews, and as Jewish community members, we each have a choice. Do we want to cloister ourselves from those who don’t share our privilege, and who sometimes seem frighteningly different from us? Or do we want to embrace their human dignity, allowing ourselves to feel their suffering and fight in their struggles for justice?

I can’t answer this question, either, for anyone but myself. But I know my answer, and I’m convinced that the latter choice is the only way to truly embody the Jewish injunction that in every generation, we all must see ourselves as if we had personally been enslaved in Egypt. It’s time for us to wield our privilege as a weapon against itself, and join our black brothers and sisters in maintaining that all human life, because it is life, is sacred. We need to be willing to say, in the streets and in our synagogues, that black lives matter. Only through this proclamation, in actions and in words, can we reconcile our fractured identities as Jews in America.

I don’t think that I’m saying anything new here. In fact, I think we find a model for this in the life of Moses. Consider Nehama Leibowitz’s beautiful commentary on the beginning of Shemot (Exodus): “Three times Moses intervenes on behalf of a weak person oppressed by a stronger one: first an Israelite beaten by an Egyptian, then an Israelite beaten by another Israelite, and finally the Midianite women harassed by shepherds. Had we been told only of the first clash, we might have doubted the unselfishness of his motives. Perhaps he had been motivated by the sense of solidarity with his own people…. Had we been faced with the second example, we might still have had our doubts. Perhaps he was revolted by the disgrace of witnessing internal strife among his own folk. Came the third clash, where both parties were outsiders…his sense of justice and fair play was exclusively involved.”

Moses, our greatest prophet, fights on behalf of Midianite women who are wholly other to him. His only concern is that they are humans whose rights are being trampled. He throws all the privilege of his royal Egyptian birth away to fight for justice, for his people and for all people. As American Jews, we have far more in common with African-Americans than Moses did with the Midianites. We must follow his example and strive to trade a sense of selfish insularity for a sense of “justice and fair play.”

If being Jewish means being complacent in the face of crime and enjoying the privileges that benefit us whether or not they hurt others then we should feel free not to care about Eric Garner’s death, or about the systematic racial injustice black and brown people face in America. But if Judaism demands a moral audacity born of the fact that we, too, have been oppressed, and that all humans share the image of God, then we cannot call ourselves Jews unless we take a stand.

Abraham Joshua Heschel wrote decades ago that “the march from Selma to Montgomery was about protest and prayer. Legs are not lips and walking is not kneeling. And yet our legs uttered songs. Even without words, our march was worship. I felt my legs were praying.” The civil rights movement in which Heschel famously participated is not over, but where in today’s marches are those who claim to pray? In beautiful instances of solidarity, many Jews have joined protests across the country. Hundreds of Jews, including notable Rabbis, even said the mourner’s Kaddish and were arrested in civil disobedience in New York City on Thursday night. But these examples are all too exceptional, and are newsworthy precisely because they are unexpected.

To ignore the struggle of African Americans and consider the death of Eric Garner to be anything but murder, and to see our black neighbors as more black than human, is to give ourselves up to a toxic spiritual assimilation. Are we really willing to choose the comforts of white privilege over our mandate to walk in God’s ways, with compassion and empathy and a fierce pursuit of justice? Over our moral inheritance as the children of slaves and Holocaust survivors?

Our brother’s blood is calling to us from within the earth. How will we respond if God asks us what we did about it? And, we must wonder, what kind of response does God demand?