One of the enduring images of the current relentless air-born terror campaign from the Gaza Strip is that of the “Iron Dome” interceptor ground-to-air-missiles.  Last night, as I sat in my shelter, I heard the constant “boom” of the interceptions over my city.  The Iron Dome system is a homegrown marvel of modern military technology.  It is a mobile battlefield installation that meshes radar information from a mini multi-mission and fire control radar, powerful networks and processors, launchers, GPS-guided rockets, and human operators pushing the buttons and making the decisions. It is the first system of its kind that is designed specifically to detect the launch and trajectory of short-range rockets, and intercept them in flight, if they are deemed to be headed for a populated area. 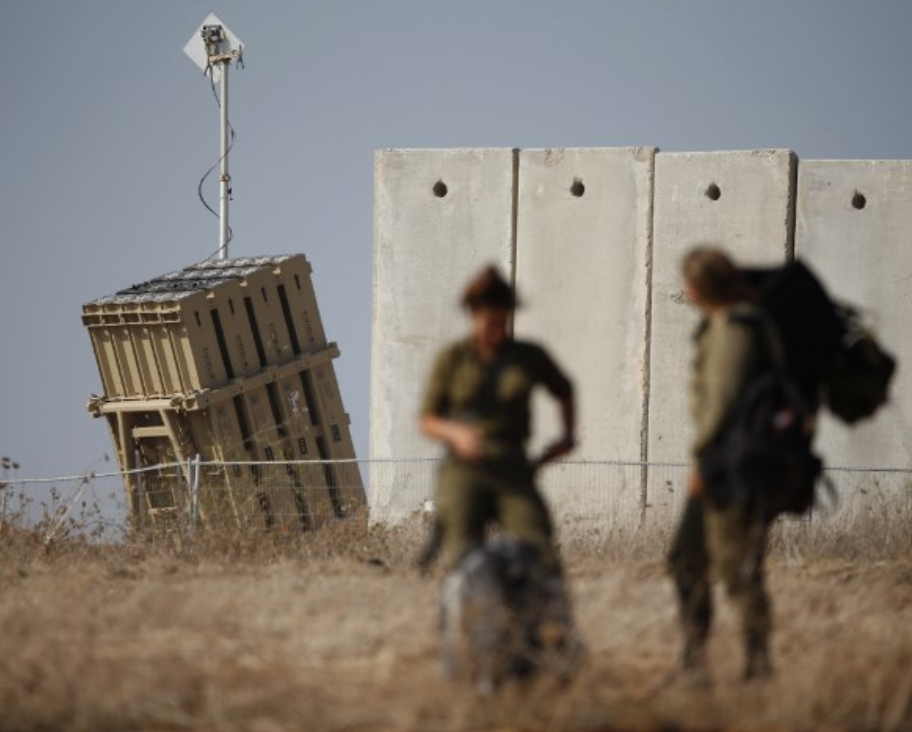 In addition to the developers and funders of the system, it is the Iron Dome operators across Israel who deserve our utmost respect and honour, as well as the system they operate.  These young women and men take an incredible amount of pride in protecting fellow Israelis.  They are the ones who are protecting our lives by intercepting in real-time rockets that are being fired at us.  Their response time is a minimum.   A few seconds is a privilege.  If it wasn’t for the Iron Dome many Jewish and non-Jewish Israeli citizens would have been killed.

Positioned near residential areas Iron Dome air-defense batteries stand ready, always on guard.   I have been to visit the Iron Dome battery near where I live a number of times to show my respect and appreciation to the IAF troops operating the battery.  The soldiers are organized in tents alongside an IAF flag flapping in the wind. The living conditions are modest, dictated by the need to maintain mobility. The battery must be able to pick up and move at any moment given the fluid nature of security priorities in our country. An electric generator and some prefabricated buildings form the battery’s major facilities and the home of the unit charged with protecting the surrounding population from terrorist rockets.

homeland will never fold and will stand strong and proud with an iron will to fulfill our age-old yearning to be a “free people in our land,” despite the murderous intentions of our enemy (see Hamas charter).  This young woman with her rifle and ammunition webbing strapped on, looked at me directly in the eye and said:

I am proud to be able to be able to perform such a meaningful service to my country defending the citizens of this city.  All the hardships I endure pale in comparison to the important work my comrades and I are doing here for our country and our families.

It is heart-warming in these difficult times to meet these special, selfless and proud Jewish young people, who come to give and not to take, and who represent all that is good about the miraculous times we live in.  After almost two stateless millennia we live in a fortunate era where we are in charge of our own destiny in our own land and we have good people to show us the way.