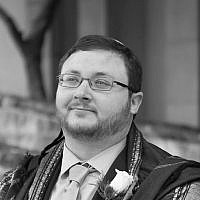 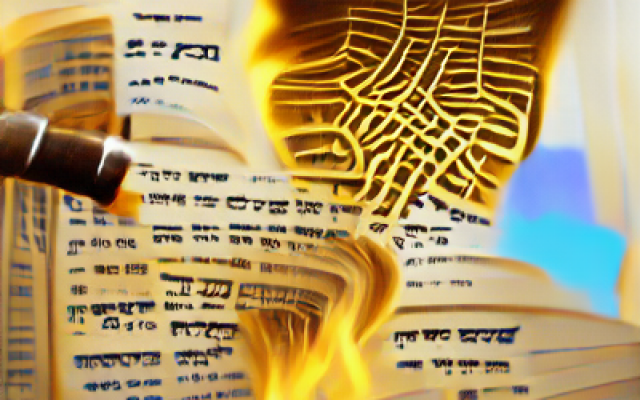 I know some who don’t like the idea that cars drive themselves. Giving a computer that much trust has been hard for people, and in media is a longstanding trope (think Terminator 3). I grow more wary of the internet, where people seem to relish being horrible to each other, and I’ve often worried aloud that much of the internet in still akin to the wild west!

The power of the internet isn’t all bad, though! I have been entertained over and over by the new online AI developers. These pioneers in artificial intelligence have shown that computers have the potential for creativity, and open up many fascinating questions about what will be possible in the coming years. I have some examples embedded that I can show you of a computer attempting to manifest ideas into pictures.

But it is not only pictures that computers are interpreting. Rabbi Josh Yuter this week asked a text AI generator to give him a D’var Torah for this week and he posted it on Twitter. That’s it! He asked it to, “write a d’var torah for parashat vayetzei” and it gave him this:

“In this week’s parsha, Parashat Vayeitzei, we read about the story of Jacob’s journey to Haran. Throughout this journey, Jacob encounters many challenges and obstacles, but ultimately, he perseveres and emerges stronger and wiser. One of the most significant challenges Jacob faces is his encounter with the mysterious figure of the “man” in his dream at Beth El. This encounter challenges Jacob’s perception of himself and his relationship with G-d, and ultimately serves as a turning point in his spiritual journey.

As the “man” tells Jacob, “I am the L-rd, the G-d of Abraham your father and the G-d of Isaac. The land on which you lie I will give to you and to your descendants” (Genesis 28:13)

This encounter with the divine affirms Jacob’s identity as the chosen one, the descendant of Abraham and Isaac and the inheritor of the land promised to his forefathers.

But the encounter also challenges Jacob to take responsibility for his own actions and choices. The “man” tells Jacob that he must leave his home and journey to Haran, and that he must do so “in awe of the L-rd” (Genesis 28:20). This challenge calls on Jacob to recognize the role that G-d plays in his life, and to act with humility and reverence in response.

Through this encounter, Jacob learns that he is not alone on his journey, and that G-d is always with him, guiding and supporting him. This realization helps Jacob to overcome his fears and doubts, and to trust in G-d’s plan for his life

In this way, Parashat Vayeitzei teaches us that we too are never alone on our own spiritual journeys. Like Jacob, we must face challenges and obstacles, but with trust in G-d and faith in our own abilities, we can overcome them and emerge stronger and wiser.”[1]

If I hadn’t told you, would you be able to tell a living person didn’t write that? Some on the internet compared the effort to a student on Shabbat morning at their bar or bat mitzvah service. I think, warily, that it did a pretty good job. And while I believe that there are many parts of my job that could not be easily emulated by a machine, this is an important development. Somehow, it doesn’t feel the same as a self-checkout counter at the grocery store or even like a car driving for a person.

The creative process has always been something we reserved for science fiction. What is a computer that can search and read information and specifically Torah from all over the internet, synthesize it, and present it on the page like this? Is it creative? Could it be? And if it is creative, what if it were enabled to ask questions to itself? Would it be thinking? The Hebrew word for computer is Machsheiv, Machashavah is one of the words for thought, mind, idea…what was once poetic is made real by human design yet again. Is there a point we go too far? Or as a society can we mitigate potential consequences by acting responsibly and advancing our inner spiritual development at a commensurate rate to our technological development?

In our parsha this week we did read, as our computer friend reminded us, about Jacob and his encounter and his journey to Haran. We didn’t read anything in the parsha about sentient computers studying Torah, and yet, it is a modern puzzle Judaism will continue to reckon with. Maybe we should start by watching what we write on the internet. If we are teaching a global, digital, yeshiva bochur through what we put on the internet, we should be as responsible as possible. You know, like Jacob promised to be when he began his journey to Haran.

About the Author
Samuel Stern is the rabbi of Temple Beth Sholom of Topeka, Kansas. Ordained by HUC-JIR in Los Angeles in 2021, Rabbi Stern has participated in numerous fellowships, including with AIPAC, the One America Movement, and the Shalom Hartman Institute, and has been published in the quarterly journal of the Central Conference of American Rabbis.
Related Topics
Related Posts
Samuel Stern