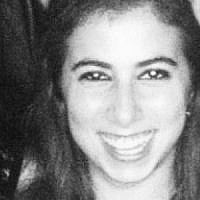 The Blogs
Shira Hendrie
Apply for a Blog
Advertisement
Please note that the posts on The Blogs are contributed by third parties. The opinions, facts and any media content in them are presented solely by the authors, and neither The Times of Israel nor its partners assume any responsibility for them. Please contact us in case of abuse. In case of abuse,
Report this post.

I thought that after the summer from hell, I wouldn’t ever be able to write again. I could never accurately describe the terror of hiding in the bomb shelter, of receiving constant Red Alert notifications, of the obsessive need to check the news to make sure that my friends and family were still as safe as one can possibly be while living in Israel. I will never forget hearing the news of the 13 Golani soldiers who were killed in action, hoping and praying that it wasn’t true, and worse hoping and praying that it wasn’t anyone I knew. I will never forget the funeral of the lone soldier Max Steinberg, his family’s eulogies, and seeing his body being carried on the shoulders of his fellow Golani soldiers.

I will never forget this past summer. It was the summer the IDF finally went into Gaza. It was the summer that I realized what it is like to actually live in Israel, to be an Israeli. It was the summer that I learnt how to get up every day and go about my normal life despite the terror around me. We got used to the sound of the air raid sirens, finding shelter at any time, and in any location. We saw the Iron Dome shoot missiles out of the sky above our head, and we thought it was exhilarating. We made a joke out of the music video that Hamas put out intended to strike terror in our hearts, instead danced to it at clubs and listened to it on the radio.

The ceasefire signed, the people outraged, the summer ended, the country on the brink of war.

Today I woke up to the sound of the helicopters, knowing before I even opened my eyes that something terrible had happened. Today I woke up to the news of a deadly attack in a synagogue in a neighborhood relatively close to mine. Two terrorists wielding axes and butcher knives walked into a synagogue during the morning prayer and proceeded to slaughter the men inside. Men in middle of saying the prayer of peace, men wrapped in their tallit (prayer shawls), men who just wanted to go to synagogue that day to pray to their God, their loving, kind, gracious God who determines the course of every action in this world.

A scene reminiscent of the Holocaust, the bloody stain on world history that we promised for years that We Will Never Forget.

Is this what happens now? Is that what we’re supposed to get used to? Is this the new ridiculous insane level of the reality that we’re expected to tolerate in order to live in this country?

About the Author
Shira Hendrie moved to Israel in 2012 with her family. Soon after she started writing her uncensored take on Israel and all of the different things that are happening here all the time.
Related Topics
Related Posts
Comments