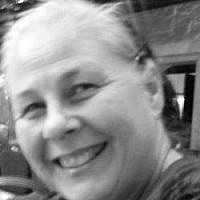 The Blogs
Rivka Cubine
Apply for a Blog
Advertisement
Please note that the posts on The Blogs are contributed by third parties. The opinions, facts and any media content in them are presented solely by the authors, and neither The Times of Israel nor its partners assume any responsibility for them. Please contact us in case of abuse. In case of abuse,
Report this post.

I wish you could meet our soldier son.  He is the most amazing person.  Of course all mothers know their children are amazing.  I have 5 other children and they are all amazing.  Each of them, at different times, have stepped out and made some jaw dropping statement, or accomplished some mind boggling deed that has left me, as their parent, in absolute awe.  So today it is his turn, my soldier son.

I feel the need to somehow share this with the rest of the world, not to say – be proud of me, or be proud of him.  I want the world to see the humility of this soldier and thereby come to understand our conflict in a better light.

While the world is focused on soccer and the World Cup it seems very few are aware of what’s going on in our small nation.  I live in Israel.  This summer has been very dramatic for us.  A few weeks ago three yeshiva students aged 16, 16 and 19 were kidnapped and brutally murdered by Arabs.  After their bodies were discovered a young Arab boy was also kidnapped and murdered, this time by Jews.  Horrible, it’s all wrong.  Children should never be targets like this.  Our entire nation mourns these deaths.  We as a nation condemn all the murderers, no matter their heritage or faith.

How do we mourn these deaths?  We go to hear speakers and biblical teachings, we visit the grieving families, we do works of charity – and give to charities in the children’s names, we pray – a lot.  How do the Arabs mourn death?  Well they rioted, threw Molotov cocktails at police, threw stones at passing cars, destroyed shops and the light rail system in their own neighborhoods while chanting “Death to Jews”.  They actually celebrated the murder of the three Yeshiva boys, passing out candy and teaching their children to hold up a three finger salute as some sort of victory sign.  Then they started shooting rockets at Israel.

I think the world at large is not clear what this rocket barrage is like.  The rockets are specifically aimed at civilian population centers, shopping areas, schools and hospitals.  We have an alert system that lets us know when a rocket is incoming to our area.  In the south there is barely 15 seconds warning to get to a bomb shelter.  Certainly not enough time to gather multiple children!  If some building or business is destroyed or, G-d Forbid, someone is injured or killed the Arabs rejoice.   In the past week over 300 rockets were fired on civilian targets in Israel.  They don’t stop overnight, but continue 24/7.  Who can sleep, who can work, how can our children just be children?

If we respond by shooting rockets back at the exact location of the original rocket fire we are vilified by the world.  Sometimes there are civilians injured when we return fire because the Arabs purposely use civilian centers from which to launch their rockets. They use civilian human shields, knowingly endangering their own wives and children.  We often target specific military installations, weapons storage facilities, tunnels used for sneaking into Israel or hiding weapons manufacturing.  Our military intelligence is excellent and we know who is responsible for ordering the rocket fire against us.  So we target those terrorists and their homes.  When we intend to fire on their home we call them and warn them!  We drop leaflets to let the civilian population know exactly when we will target a specific area.  We do everything in our power to avoid civilian casualties.

Did you know that we send aid to Gaza weekly?  Did you know that we provide FREE electricity, water, gasoline and food to Gaza?  They claim to be oppressed, and they are.   But it is not Israel that is oppressing them.  It is their own Islamic leadership that oppresses them.  The billions of dollars in aid that is sent to the PA is not given to the average Arab.  But it is paid as salaries to terrorists after they kill a Jew and are arrested and jailed.  The aid is used to support the terrorist infrastructure, even to buy weapons.

Do a little research and you will see that the supposed oppression by Israel is a sham.  Most of the pictures presented on the internet as Israel’s influence in Gaza are actually pictures of the wounded and casualties in Syria and Iraq.  The BBC recently did an expose on this; you can find it easily by searching on the internet.  Israel is an open, free and democratic society.  People are not discriminated against because of their race, color, creed or sex.  There are hundreds of thousands of Arabs living peacefully in Israel, enjoying a higher standing of living than myself!  But Hamas, the PA, Islamic Jihad, and the many other terror organizations here lie because it suits their needs.  Their only defined goal is to free the world of Jews and destroy the only Jewish state in the world.  They say this boldly in their charters and the world chooses not to see.

I tell you all this so that you can understand the world we live in, that my soldier son lives in.  Did I mention he is only 20 years old, and has been in the army for only a year?  We hadn’t been able to speak with him recently because of the security necessary to protect his Army unit.  But last night he received permission to call home.  We talked for almost two hours.  He has become a philosopher in the last year.  He loves his family and friends fiercely; loves his army unit fiercely; he loves Israel fiercely.  He trusts G-d to lead him, teach him, and safeguard him.  He carries a gun and knows how to use it, he is a good shot.  He told me he knows he will do everything in his power to keep the members of his unit safe.  But he asks us all to pray for him, because he doesn’t want to have to use his gun.  He fears what taking another life will do to him.  It doesn’t matter to whom that other life belongs; he knows that is crossing a line.  He says that life is sacred, created by G-d, given as a gift to all humanity.  He wants G-d’s wisdom as he faces those who have pledged their lives to take his.  He does not pray for victory, he prays for wisdom. 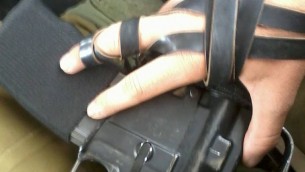 My soldier son was friends with one of the murdered yeshiva boys, the 19 year old.  He saw the boy after their bodies were found.  He asked me, why is it so many hate us just because we are Jews?  Who can answer that question?  There is no answer.  Seeing his friend’s body did not fill him with hate for the murderers.  It filled him with sorrow for the future his friend would not have, and the joy and goodness the world lost when these boys were murdered.

So I ask you all to pray for my amazing soldier son.  Pray for all the Israeli soldiers.  When you pray keep in mind please that my son is really not unusual at all.  His philosophy embodies Judaism.  We as a nation struggle with these issues.  We believe all life is sacred.  That is why “Shock and Awe” is not the name of our offensive in Gaza.  The name is Protective Edge, because we only aim to defend our own lives.  I will leave you with Bibi’s famous quote;

About the Author
Rivka made Aliyah with her husband and two youngest sons in 2008. A mother of 6, grandmother of 10.5, she loves to read, watch movies and hang out with friends and family.
Related Topics
Related Posts
Comments