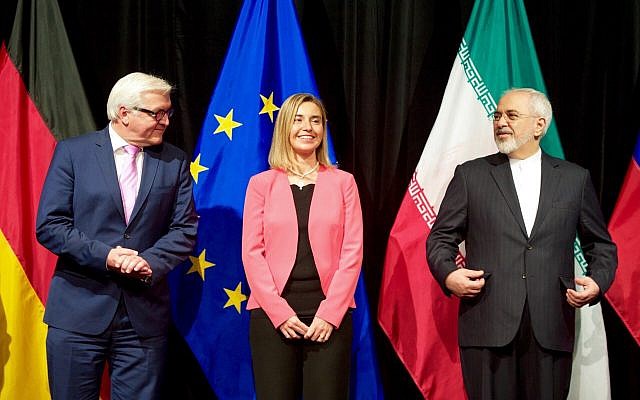 Recently, a detailed debate has been made by a faction of the ruling elite over the revision and change or referendum on the constitution of the Islamic Republic of Iran in insider circles, which has been mentioned in some media as well.

The claimants and reflectors of these debates do not conceal their strong attachment to the regime. However, in front of the media cameras, they act as if they are seeing Ali Khamenei in front of him, and they start giving him consultation.

Let’s take a look at what happens outside Iran’s borders, even outside of Pasteur Street, or where most of the ruling elite live around the country.

Firstly, the European Union, contrary to the intelligence of the Iranian Ministry of Intelligence and the alleged power of the foreign policy of the Islamic Republic, did not tear up the JCPOA, but turned it into a memorial for the humiliation of the Islamic regime.

Secondly, the existence of European hostages in Iran has become such a lethal weapon in the hands of the government contrary to the Obama era that there can be no doubt the Iranian regime is now even willing to pay a fee to America and Europe to receive a minor kiss of endorsement from them.

Third: The Iranian regime’s firing missiles from the mountains or underground silos or in the backyard of schools, hospitals, and residential districts towards the “enemy” in the hopes that the so-called enemy makes a wrong move and, inevitably, the creation of chaos and full-fledged war in the region.

Can this politics of sacrifice and military and economic and political sacrifices of the nation for the sake of the regime of the mullahs remain hidden from the eyes of the Western nations and their allies? Is it possible to shout against Israel and keep fighting it, but at the same time cry over the sanctioned dollars?

Can the regime with its continued threats of assassination and bombing against the European Union, and creation of bloodshed and chaos on European soil, suddenly declare that their ballistic missiles system is not complete yet? That is while the Khomeinist regime’s politics of wailing and threatening has no meaning for Europe at all.

Likewise, for the people of Iran the existence or lack of existence of a few articles and paragraphs with regard to election laws of the Islamist regime means nothing. The totality of the regime is dictatorial, corrupt and criminal, and as such must go.