The Blogs
Bat-Zion Susskind-Sacks
Apply for a Blog
Please note that the posts on The Blogs are contributed by third parties. The opinions, facts and any media content in them are presented solely by the authors, and neither The Times of Israel nor its partners assume any responsibility for them. Please contact us in case of abuse. In case of abuse,
Report this post.

A few years ago, I had the honor to join the Massai tribe of Kenya in their country’s  Independence Jubilee celebrations.  I was bestowed with the great honor to be a signatory on their Declaration of Independence.  It was an amazing experience which I would like to share with you.

A bumpy, rough road, adorned with breathtaking scenery and laced with the occasional spotting of Africa’s famous wildlife unfurled itself as we made our way into the heartland of Massai Land.  The challenging nine hours trip was expertly negotiated by our very skilled driver of Massai Adventures Safaris Ltd.

Our destination this time was: The Samburu tribe.

The Samburu Tribe is one of the two sub-tribes of the Massai .  The other is Njemps.

You may wonder what a Jewish Israeli woman is doing in such a remote place that is seen by very few outsiders.

Several months ago, I was approached by a friend of the Massai community.  She shared with me that as Kenya was about to celebrate its Independence Jubilee, the Massai expressed a wish to invite an Israeli person in order to receive blessings from Israel and the Jewish people.

It was with great enthusiasm mingled with a large dose of uncertainty that I accepted the invitation. I had heard about the Massai tribe, seen their pictures of beautiful men and women adorned with colorful outfits and magnificent jewelry.  Of course, like many others, I had also heard about their jumping skill.  I had always, also, been intrigued by their ability to adhere to their old traditions and customs despite all the changes that took place in their environment.

I was somewhat reluctant, though,  I knew no one there.  All the correspondence prior to my departure had been with people I had never met, friends from the virtual world of Facebook and Gmail.  I did not know who or what to expect.  In retrospect, it took much courage to board that plane and embark on a journey towards the unknown. I am glad I did!

Why the Massai would want a guest from Israel, is probably the first question many of you would ask.

And, for those of you wondering, let me hasten to add that they have no desire to immigrate to Israel. They are too busy reclaiming Kenya.

One experience of that visit that keeps bringing a smile to my face is the recollection of me standing in front of one Massai group or another and telling them how happy I was to be with those whom some of us consider our long lost brothers and sisters. I could just see their faces as their eyes examined me, my light complexion, blond highlighted hair and green eyes and silently saying “you don’t say….”

One of the items and customs that the Jews and Massai seem to share in common is the use of the shofar. The shofar, usually made of a ram’s horn is blown on special occasions, mainly celebrations, wars and yes, Jubilees. A few more include the separation between dairy products and meat (at least among members of the older generation). Neither do they eat the sciatic nerve per the commandment prescribed in Genesis 32, 26-33.

Though now Christians, mostly Pentecostal, Israel is always in the Massai’s daily prayers. They bless Israel at ever service and at any opportunity. Always.

On one of my visits to their communities, I spent the night in the same room with two elderly Massai ladies.  At the break of dawn, I was awakened by their soft, sweet voices of their melodious prayers. I do not speak Maasai but three words that I heard over and over again clearly explained to me the nature of their utterances: Yesu, Israel, Maasai.  They were praying to their messiah asking him to keep Israel and the Massai safe and strong.

I spent a whole week with the Massai in their various communities always teaching them about Israel and the Jewish people.  The conditions were hardly ever ideal. Some of the places we visited did not have running water or electricity.  The very hospitable Massai hosts always served their traditional Kenyan tea and some of their typical food.  I tried to remain as polite as possible and accepted their kind hospitality even though I did not always know what it was I was served or not always certain about the level sanitation practiced by my kind hosts. Even on those rare occasions in which we spent the night in a hotel, were far from the zero or one star hotels scattered in our western communities, the conditions were harsh.  Hot waters were a rarity especially on those cold nights when one needed a nice warm shower so badly after a day of driving on the dusty roads inhaling the fumes of the cars ahead.

Oh, and then there were the mosquitoes, you know, those little flying creatures that can be very dangerous and infect you with some unfamiliar diseases such as malaria which have long been eradicated from our own western universe.  True, I took all necessary precautions. I had had every possible shot which almost paralyzed both my arms.  I had also equipped myself with all the necessary ointments and medications per my doctor’s instructions.  “Still,” my doctor warned, “you need to be careful, cover yourself from head to toe and those exposed areas need to be sprayed with mosquito repellent (a rather offensive substance even for humans). And then there was the need to cover one’s bed with a net if one were to spend the night in a non-air conditioned room (which was the case everywhere throughout my visit). That, however, as it turned out was not the problem since every place pretty much offered one.  I was grateful for the net as I felt it also protected me from other undesirable creatures such as snakes or other bush indigenous inhabitants.

Mosquito watching has never been my hobby or expertise.  However, the fear of being bitten by one, especially since I had difficulties distinguishing between the harmless ones and the Anopheles ones, had certainly turned me into an excellent spotter of them. Practicing mosquito watching, warning others and ensuring that I am fully covered at the mere suspicion of the presence of one made me the laughing stock of a few but when one’s life is at risk, who cares?

And did I tell you about the hyenas, especially about the one that had attacked and killed one of the Samburu residents a few years earlier? “But the hyenas and leopards only come at night to hunt for the cattle,” I was reassured by one of my hosts.

Would you feel comfortable with such a reassurance?  Perhaps.   I would not.  So having to negotiate my way to my remotely located room on some occasions in the surrounding darkness was anything but fun. 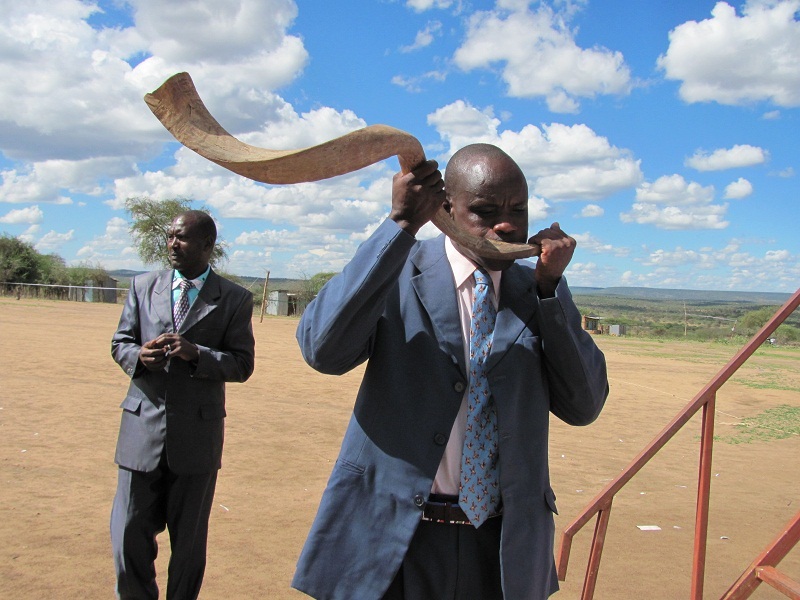 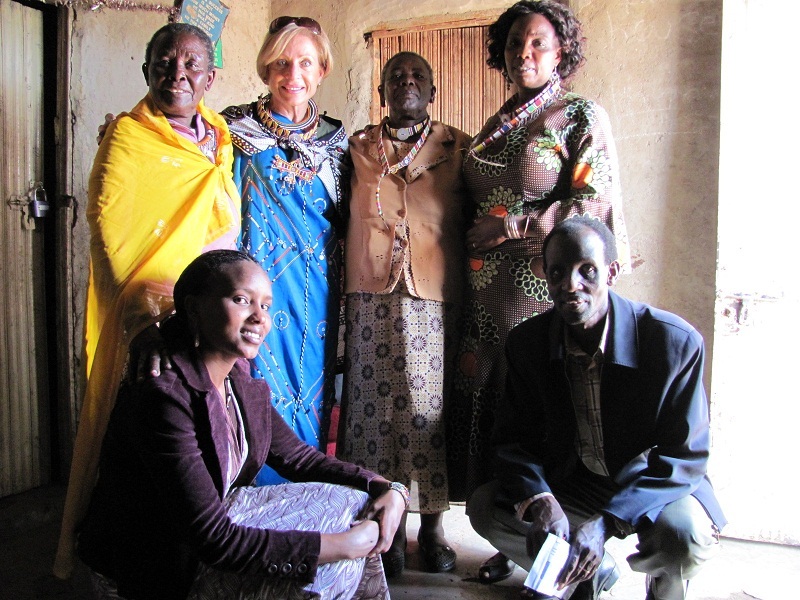 The one time when we did have electricity in one of those up country hotels, it suddenly turned off and, as is almost always, at a time when I most needed it.  It happened one morning when  we were in a hurry to start our long trip back from the Samburu back to Nairobi.  Panic settled in as I was trying to open the door to my room in order to get whatever slivers of light the waking dawn could offer me. The door seemed stuck. I called my hosts who were in an adjacent room. One of the ladies came over and much to my surprise opened the door with great ease.  It turned out that in my state of panic, I forgot that the door opened outwardly while all the time I was trying to pull it towards me at the cost of the fragile door handle which broke off.

The time that I spent in the midst of the Massai with the love, the warmth and the heartwarming welcome that surrounded me will forever remain engraved in my memory. It offset all the hardships, the difficult and western deprived environment and conveniences that we are so accustomed to.

Will I go back there again?

About the Author
Bat-Zion Susskind-Sacks is an English teacher and a pro Israel advocate. She lives in Israel and has recently published her first novel, "On A Wing From The Holy Land." www.bat-zion.name
Comments