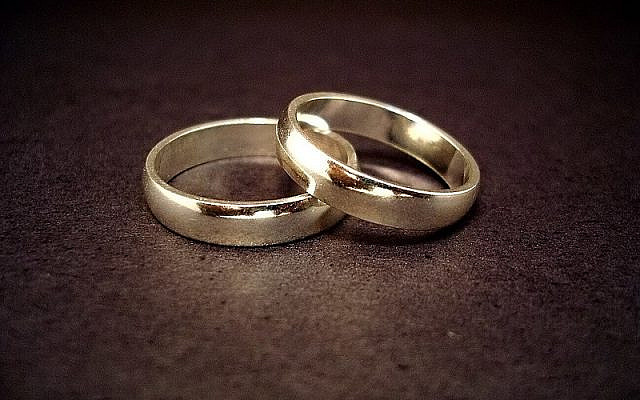 When I heard that the man, currently in police custody, accused of attempting to murder his wife (and who very nearly succeeded, inflicting horrendous injuries on her), was refusing to grant her a divorce, it made my blood boil. Since then I have learned that one of the rabbis in the court in charge of the matter put pressure on the husband to grant the divorce I breathed a sigh of relief..

Here we have a man who will, hopefully, spend most of the rest of his life behind bars, still vindictively and viciously attempting to reach out from his incarceration to impose a ban on any hope of future married happiness on the woman he has already indelibly harmed. Fortunately, it took just one enlightened rabbi to get him to change his mind, but that does not mean that all rabbis are so broad-minded.

The fact of the matter is that the ever-more-frequent instances of a husband killing or maiming his wife are almost a staple of the nightly news programmes on Israel’s television, and we are not even aware of the number of husbands who refuse to ‘grant’ their wives a divorce.

What it comes down to, when all’s said and done, is that far from being a modern, forward-looking society, Israel is still stuck in a set of hide-bound laws, rules and regulations that hark back to a primeval society in which the female of the species is no more than a thing, a chattel, to be handed over from one male custodian, her father, to another male custodian, her husband, at the traditional marriage ceremony.

I won’t even give this arrangement the compliment of according it the epithet ‘mediaeval,’ as is often done to denote an archaic, antediluvian arrangement such as this. Mediaeval society, for all its faults, was not totally mired in primitive ancient attitudes. In the Middle Ages some women engaged in commerce or owned hospitality establishments, while certain high-born ladies were even able to rule countries and empires. Both European and English history display many examples of this.

The arrangement established at the time the State of Israel was founded gave the rabbinical courts authority over family law, and this has remained the situation till now. However, a growing proportion of Israelis resent having to kowtow to ancient beliefs and procedures, starting with the requirement that a bride must undergo ritual immersion before her wedding ceremony. That was all well and good at a time when there was no indoor plumbing or public sewage systems, but what is the point of it in this day and age? Absolutely none, other than to preserve unnecessary and ridiculous control over the individual’s private life.

Then there is the traditional marriage ceremony, which harks back to ancient practices that have no relevance in this day and age. There are those who see some beauty in maintaining ancient traditions, and I wish them every happiness, but there is no reason why everyone who gets married in Israel in the twenty-first century has to abide by them. And so an increasing number of Israelis choose to go abroad to get married in a civil ceremony which, because of the rabbinical veto, is non-existent in Israel.

The bottom line is that under Jewish and Israeli law a man who bullies, abuses, beats and even tries to murder his wife can still exert control over her by refusing to ‘grant’ her a divorce. In this day and age it is high time the law in Israel was changed to allow a women to divorce her husband, if that is her wish.

The time has come to put an end to the arbitrary hold a man in Israel has over his wife, and introduce legislation that enables full equality between the sexes in family law. It is high time the power of the rabbis and their courts was curtailed, allowing Israel’s population – whether male, female or other – to enjoy the basic freedom that is the right of every individual in the modern world.

Since I’m not familiar with Moslem law, this article does not refer to that community, which doubtless has issues of its own in this respect.