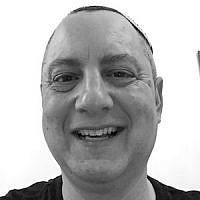 The Blogs
Russel Lazarus
Apply for a Blog
Advertisement
Please note that the posts on The Blogs are contributed by third parties. The opinions, facts and any media content in them are presented solely by the authors, and neither The Times of Israel nor its partners assume any responsibility for them. Please contact us in case of abuse. In case of abuse,
Report this post.

Russel Lazarus wonders if the rise of recent PA incitement to attack innocent Jews could be resultant from the so-called ‘2015 Demographic Time Bomb’ going ‘fizzle and pop’?

Note: Much of the information here was gleaned from sources such as “The Israeli Solution”, by renown author and journalist, Caroline Glick.

Since the days of the Clinton presidency in the late 1990s, US foreign policy has focussed on the ‘2 state solution’ to solve the Israeli-Palestinian conflict.

At times the laser-like focus on this ‘solution’ has an appearance akin to a religious obsession, with the mantra of ‘2 States for 2 People’ has been relentless, often disregarding facts on the ground.

Even the tumultuous changes in the Middle East since the late 1990s – the collapse of the Islamic world in Syria, Yemen, Libya and Iraq, the rise of a stronger, more radicalised and nuclear-bound Iran and the sudden appearance of ISIS murderers occupying huge sways of land in Syria and Iraq and exporting their terror to mainland USA and Europe has not swayed US foreign policy.

A short history:
When the ‘2 State Solution’ was first espoused by former President Bill Clinton in the late 1990s the essential reasoning for its implementation was to bring the 2 sides together is an atmosphere of negotiation and diplomacy. Each side was seen by the USA as equally desiring peace with the will to dig deep to find the illusive compromises that would create a long lasting and mutually beneficial peace agreement. Then once and for all peace would reign and more Noble Peace Prizes would be handed out with great fanfare on the White House rose garden.

However, after many years of fruitless negotiations, the narrative since the mid 2000s suddenly changed… Now President Obama and Secretary of State Kerry frequently lecture Israel that for the ‘2 State Solution’ to work – requires immediate action from the Israelis!

Israel is being told that due certain ‘facts on the ground’ they need this solution now, Israel should fear any further delays and need to act immediately to sign up to the ‘2 State Solution’ now …else there will be dire consequences!

Israel was told that the Palestinians were now in the box seat and could just sit back and relax. With no requirements on the PA to offer any real compromises, they could now just enjoy watching the Israelis being overwhelmed with fear causing them to rush up the conference table to sign any agreement available.

What was these facts on the ground that the Israelis should fear?
What event would cause Israel to throw away decades of building a strong diplomatic position and ignore their military advantage?

What was the DTB?

The claim is as such: By the year 2015, the total Arab population of the ‘occupied territories’, including Judea and Samaria (West Bank) and Gaza will be MORE than the total Jewish population of Israel.
Thus all the Palestinians Arabs would need to do in 2015 is just agree to become part of democratic Israel, then demand elections and the long awaited Arab take over of Israel will be a fait a compli.

This event effectively implied that the Palestinians need not compromise in any negotiations, the Israelis were in a nervously weak position and all that had to do was wait till 2015, when the population numbers were revealed, then let the Arab take over of Israel (and probably slaughter of the Jews) commence!

The 2 State Solution was claimed to be absolutely essential to maintain Jewish democracy in Israel, as only by handing the Palestinians a state of their own would their population vote in any Palestinian elections and Israel would remain as Jewish democracy.

The two states would now live in a new utopia, with an Israeli democracy and Palestinians happily skipping through the meadows with the joy of the ‘occupation’ gone forever.

Quotes from Israeli PMs and US Presidents:

“If the day comes when the 2 State Solution collapses, and we face a South Africa-style for equal voting rights with the Palestinians in the territories, then … the State of Israel is finished”.
Ehud Olmert, Israeli PM 2007

“The number of Palestinians is growing rapidly and fundamentally reshaping the demographic realities of both Israel and the Palestinian Territories. This will make it harder and harder – without a peace deal – to maintain Israel as both a Jewish state and a democratic state.”
Barack Obama, US President 2011

Sounds convincing … However 2015 has come and gone, there was NO Arab take over, there was NO explosion of the DTB, just a pop and fizzle. So what happened?

Even Angela Merkel, German Vice Chancellor, stated in 2016, “The time is not right now for a 2 state solution”.

The Origins of the DTB:

The DTB predicted the Arabs of the ‘occupied territories’ would out number the Israeli Jews by 2015. The DTB theory was based on population censuses published, and projections, from the Palestinian Central Bureau of Statistics (PCBS) first carried out in 1997, these numbers were then updated in 2004.

Hasan Abu Lideh, founder and director of the PCBS said, “In my opinion, the census data is as important as the intifada. It is the civil intifada”.

The published data from the PCBS of the 1997 Palestinian population in the ‘occupied territories’ (Judea, Samaria and Gaza) was 2.86 million.

The projections published then estimated by:

The PCBS projected number of Jews in Israel in 2015 would be 5.8 million, causing the year 2015 to be the year the DTB would explode and annihilate the ‘Jewish’ control of Israel.

What happened in 2015, how was the DTB a total fallacy, clouded in deception and lies?

Based on the accurate calculations below, the 2004 PCBS projection of the Palestinian population was out by more than 50%!

The DTB promised by the PCBS was exposed as a fraud in two ways: their original data of 2.86 million population in 1997 was hugely erroneous and their projections for 2004 and 2015 were way over estimated.

Imagine any other state publishing a population census out by almost 30%?

How did the PCBS artificially inflate the numbers?

Firstly, it included 325,000 Palestinians living overseas, plus it added a further 210,000 residents of Jerusalem (who are counted in the Israeli census) and finally the PCBS added another 113,000 people who simply do not exist (substantiated later by the Palestinian Central Elections Committee).

How was the PCBS 2004 projections so wrong and what is the more a correct number?

The PCBS projected a total Palestinian population of 3.83 million by 2004. The correct number is closer to 2.5 million, an over exaggeration of 1.33 million or a staggering over estimation of 53%!

How did the PCBS inflate this figure? The first deduction from their exaggerated 2004 total is the incorrectly added 648,000 from the 1997 census.

Then the 2004 PCBS projection did not account at all for any net immigration of Palestinians away from the ‘occupied territories’, from 1997 to 2004 over 310,000 migrated away from this area and a further 105,000 left to live in Israel and gained Israeli citizenship.
The PCBS also over exaggerated the total natural growth (births minus deaths) by 271,802 for this time period.
These numbers equate to the difference of 1.33 million.

In summary: The 2015 DTB has come and gone, the deafening silence of the pop and fizzle should now reverberate through the White House and Knesset, with the outrageous demands on Israel virtually disappearing overnight.

Some political commentators are of the opinion that if Israel annexes the area of Judea and Samaria (not Gaza) and includes ALL Palestinians in this area as Israeli citizens, the total number of Arab citizens would be 3.4 million. With the current population data, Israel would still have a clear 65:35 advantage of Jews over Arabs, possibly growing to 70:30 in the near future.