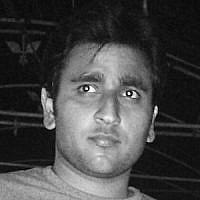 The Blogs
Sunny Khan
Apply for a Blog
Advertisement
Please note that the posts on The Blogs are contributed by third parties. The opinions, facts and any media content in them are presented solely by the authors, and neither The Times of Israel nor its partners assume any responsibility for them. Please contact us in case of abuse. In case of abuse,
Report this post.

Nations and countries often assert religious identities. But no country in the world is as assertive about its religious identity as the south Asian Islamic republic of Pakistan and Israel. The two countries have no doubt diametrically different ideological bases, yet commonalities and convergences are glaring.

Pakistan was carved out of south-Asian subcontinent by dividing India in 1947 by British colonial powers. It was because of this reason that in mid of 50”s propaganda against Pakistan was un-leashed in Arab world. It was circulated in Arab world that partition of India had been the imperialist design of Britain the same way they lacerated the Arab land to create Israel. It gave Arabs some amount of sympathy with the Indians who just like Arabs have always strived to undo the creation of Pakistan. Indian had got their land divided on religious lines and they were very inclined to vote against Israel in United Nations. It was this reason that India adamantly supported Palestinian cause ever since the time of Jawarlal Nehru, the First Prime Minister of India. Just as the Arabs saw the Jews as invading force the Indians looked upon Muslims as invading force who came to India and eventually had it divided. The rights in India are ultra-nationalistic who have religious sentimental attachment with India just like Arabs and Muslims have with Palestine and Jerusalem.

Prime Minister David Ben-Gurion was fully cognizant of convergence of thoughts between Israel and Pakistan. Just after the Jewish state came into being he, in his letter called Muhammad Ali Jinnah the leader and founder of Pakistan to join hands and forge the common grounds. However he could not convince Jinnah because Jinnah declined for an inherent indifference with Jews and sentimental attachment of Muslims with the Holy Land or the Kibl-e-Awal.

After the creation of the Israel and Pakistan, there ensued a situation almost the same in both countries. The Arabs endeavored to wipe out Israel quite the same way Islamic Republic of Pakistan faced the incessant aggression and irredentist obsession of radical Hindu lobbies in India. However Pakistan openly supported Arabs because it was seen much as the most important lobby in the Muslim world. Pakistan could in no way give up the cause of Palestine which has Islamic and religious fervour.  Due to this reason Pakistan supported Arabs in all the Arab-Israeli wars and has reportedly provided man and material support to Arabs in all the Arab-Israeli conflicts. Israel sided India in all the Indo-Pak wars reasons of which seems multiple.

However despite of sheer opposition of each other the two countries have history of exchanges and some intervals of cooperation. Pakistan top intelligence agency ISI and Mossad worked together in the operation Cyclone to combat the Soviet Union.  They together supported the Afghan resistance against the Soviet invasion and both condemned the invasion of Afghanistan. Pakistan used its embassy in Turkey at many intervals to contact Israeli officials sometimes even to alert the Israeli officials to against some terror attacks particularly on Israel Embassy in New Delhi.

The first ever effort to of Pak-Israel diplomatic thaw was made by Prime Minister Benazir Bhutto. However she could not establish diplomatic relations with Israel because of resentment from the right wing groups. Still there were people and lobbies in Pakistan who understood the historical and strategic significance of relations with Israel. However people of Pakistan had to wait for international policy bluster for some more time and very audacious step was taken by President Pervez Musharraf. It can hardly be exaggerated that it was historic when he directed his Foreign Minister Kasuri to meet Silvam Shilom in Istanbul to explore possibility of relations with Israel. It was the first time that high level officials from the two countries met in front of world media and cameras. However after Musharraf exit the possibilities of Israel and Pakistan relation went in limbo.

Its widely believed in Israel that relation with will serve their interests. It sees Pakistan means of bridging gulf between Arabs and Israelis. Apart from conventional opposition to Israel, today’s India coquetting with Israel is seen major reason of anti-Israel theories in Pakistan. Skepticism over India- Israel nexus is actually growing in Pakistan. Some Pakistan and Israel rapprochements may help us at least when Israel has to keep balance between what India and Pakistan.

The two countries have lot of common grounds which can be exploited. But for countries like Pakistan and Israel has to take bold steps if they seeks to sit together in comity of Nations. Despite of commonalities the two countries could not establish diplomatic relations. Reasons are the religious fervor and Pakistan support of Palestinian cause. Actually the religious fervor is more often exaggerated. Jews and Muslims both have lot in common and share many common religious beliefs. Commonalities of beliefs and interests should bring people together. Holy Quran says clearly that Jews and Christians should be invited to come and embrace the commonalties that Muslims and Jews and Christians shares. Prophet Muhammad wrote letter to Byzantiain Ruler Hercules and asked him to lets embrace the common things between you and us. Secondly Palestinian cause can be more effective when taken up diplomatically.

Pakistan media is not much vocal about politics in Middle East and on Foreign Policies of Pakistan. Therefore the new generations don’t have even deep knowledge of middle conflict of Arabs and Jews. As a matter of fact the Palestinian-Israeli conflict has gone somehow in limbo because of states imploding and fanaticism exploding across the Arab world and left Middle East in shambles.

Public resentment or the so called Antisemitism in Pakistan is surfaced due to human rights situations and violence in Gaza and Palestinian territories during recent clashes. When violence breaks out in Gaza or elsewhere between Hamas and Israel resentment arouses in Pakistan. It happens not only in Pakistan but in the whole world. However Israel had declared Pakistan an enemy state whereAntisemitism reigns and Pakistan has termed Israel as racist state.

A complete establishment of diplomatic relations of Pakistan and Israel should be Israel first priority. Pakistan has the potential to bridge the differences between Arabs and Israelis. Moreover if Pakistan accepts Israel many other countries in the region like Bangladesh Malaysia Indonesia and central Asian republics will follow us. But a bold move from Pakistan to establish links with Israel may be hampered at the very start. Without resolution of Arab Israel conflict such a move will evoke very harsh response from Pakistan right wing groups and may also sever Pakistan’s relation with Arabs. There is one more perspective. With Pakistan-Israel thaw, Pakistan may assume leadership role in resolution of Israeli Palestinian conflict and that will thwart ambitions of the Royal Family of Saudi Arabia and theocrats of Tehran, both of whom seeks to dominate Middle East and Muslim world. It’s for the reason that the Palestine Israeli conflict has attained significance wherefrom it’s imperative on any leader of Muslim world to resolve this dispute. Now wise and astute diplomacy of policy makers in Islamabad and Tel Aviv is grist to the mill.

About the Author
Sunny Khan is a Pakistani law student. He is writter in TheFrontier Post published from Peshawar, Pakistan
Comments