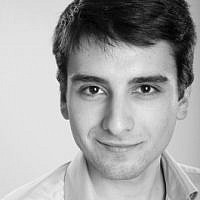 The Blogs
Elie Bendavid
Apply for a Blog
Advertisement
Please note that the posts on The Blogs are contributed by third parties. The opinions, facts and any media content in them are presented solely by the authors, and neither The Times of Israel nor its partners assume any responsibility for them. Please contact us in case of abuse. In case of abuse,
Report this post.

There isn’t a day more symbolic than today to write this article, anniversary of the UN Resolution 181, 29 Nov.

On the 28th the French parliament debated a motion to recognize the state of Palestine as a sovereign state of the Palestinian people.

The socialist group of the parliament justifies this invitation based their interpretation of the UN resolution 181 of 1947. See note 1.

Does this resolution, and the socialist invitation, have any kind of sincerity, or loyalty? 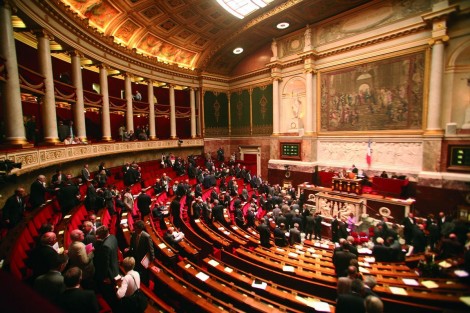 If the discussed text is based on resolution 181, it needs to express itself on the same terms and objectives.

Lets take a little step back, and define what is Palestine according to the resolution. Palestine is composed of the territories of the west Levant, which are not Lebanese, Syrian, Jordanian, or Egyptian. Thus it is composed of the actual territory of Israel, the West Bank, and Gaza.

The objective of this resolution, thus, is to create two independent spaces, where Arabic peoples would live on one side, and Hebraic people on the other, with a hope of lasting peace, which would lead to free movement, trade, cooperation, and even maybe fraternity between the different Palestinian peoples.

In principle, we would see a state inhabited with the Arabic tribes united under the Pan Arab flag. Tribes that have the same national identity as the Syrians, the Iraqis, Jordanians, Egyptians, Kuwaitis, Sudanese, Emiratis, Sahrawi, Libyans, Azawis, Somalilanders, and Yemeni.

It is very easy to check the flags, emblems, and history of national identity, and history of politics of the Pan Arab countries quoted in the paragraph to quickly confirm these facts. These facts can be further explained.

In this Arabic state, the Bedouins and the Druzes would join the united Arabic tribes. These two people are Arabized people. Note that Arabization of natives is how the Arabic civilization practices colonization.

The Hebraic state would be constituted of Jews/Hebrews, Aramaics, and Circassians.

However, Arabs decided it would be different. Under the Pan Arab flag, armies of 5 countries, 2 irregular armies, and volunteers from 3 countries linked to the Muslim brotherhood, invade Palestine, to establish another Pan Arab country, with the same ideology of all the other quoted before. See note 5.

And today we are in a very strange situation… Israel the Hebrew state is finally populated with Jews, Aramaics, Circassians, Druzes, Bedouins, and even Arabs. Living in peace in an exemplary democracy, even if there are still some social issues as in all countries of the world. Every native Palestinian person, thus, inhabits Israel, except for the Arabic Palestinians that choose to unite under the Pan Arab colors. See note 7.

And the ignorance of my deputies on this question is astounding! But I don’t accuse them of bad faith. The Arabic propaganda is so strong that even Israelis begin to believe it. It’s very sad. Goebbels the Propaganda Minister in Nazi Germany stated about the English that they follow the principle that when one lies, one should lie big, and stick to it. They keep up their lies, even at the risk of looking ridiculous. That’s exactly true for the Arabic propaganda: all their lies are busted, exposed, and people who know truth laugh of them. But they stick to it, until it becomes truth. And it finally becomes effective, as we now have the French Parliament voting for something that emanates from a lie.

As a humanist, and considering being of good faith a priority, even if their choices throughout history leads me to think that for peace, maybe they should go and live somewhere in the 7,214,071km2 under sovereignty of nations that share their Pan Arab ideology and identity, while I was in Israel, I mourned the death in Gaza this summer. See note 4. Regardless of who must be held responsible of these deaths, my human dignity was raped alongside with the dignity of millions of Arabs and Jews this summer. I am very aware that compared to the condition in Israel and in Europe and America, the Arabs in the West Bank and Gaza are very far from equality.

Continuing on the basis of the Resolution 181. On a more global scale we must find, and expose the enemy. Israel is not the enemy, and the Palestinian peoples that compose Israel are not to be held responsible. The one to blame for the misery of the Arabic population of the West Bank, is the group of states, that uses it to perpetuate the misery their brothers, that violated their dignity, for political ends, and even more, for bellicose ends, in an annihilation of the real native Palestinian peoples. The Arab League often represents this group of states, even if not all the countries of the Arab league follow this path. It is the countries rallied under the Pan Arab flag. Most prominent example is Syria’s goal of accomplishing the Great Syria, with Jerusalem in it. See note 6.

Usually, a state will delegitimize, demonize, and even enter into war with, someone who’s a threat to them, and yes Israel is a threat, a threat in the area of tolerance; tolerance between peoples, religion, and gay rights, a threat in the area of science and research, like technology, medicine, and philosophy. Tiny Israel competes with mighty France. Some states would rather, by nature, choose to throw up roadblocks to the threat instead of working hard and outdo it.

Israel has built in 66 years what hundreds of countries worldwide haven’t succeeded to build in centuries. Israel is this threat, and this threat has a name: Liberty, Human Development, and Emancipation. It questions every dictatorship and abusive ruling states. States that hate Israel, in fact, don’t want their people to know that they are exploited and that Liberty and Freedom can be achieved.

As I finish to write this article, on the 2nd of December, France failed us. Today our struggle for truthiness becomes even more challenging. The only thing I will say to conclude is that Arabs feel happiness tonight, Jews feel soreness, France divided us a bit more and history proves us once again that only us as a people can determinate our future, we must keep ourselves united more than ever. Even if the recognition is not effective right now, tonight the heart of 500,000 French Jews made Alyah.

About the Author
Elie Bendavid is from France. He spends his time traveling in Israel and coding.
Comments