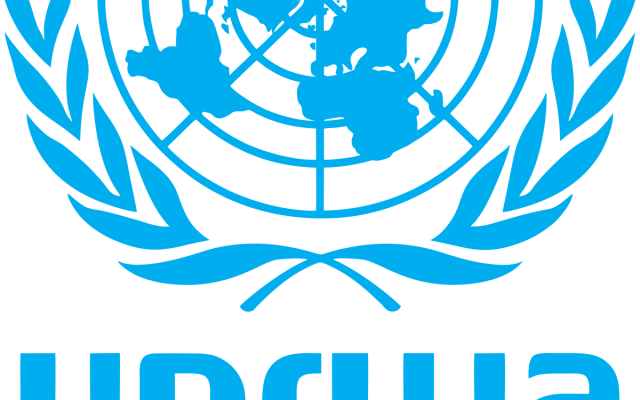 Palestinian rage is justified. They are just outraged at the wrong entity

Ask the average person on the street who the biggest enemy of the Palestinian people is. I would venture to guess that the majority would say “Israel.” The truth is that Palestinian rage is justified. They are just outraged at the wrong entity.

Allow me a brief preamble to explain just who that entity is.

About ten years ago, I was on an information security project at a huge United Nations (UN) agency. Walking into their building was literally walking into a different world. The laws of New York City did not apply there. UN law did. New York City police could not enter there. Only the UN police had jurisdiction over the vast property.

I spent six months there and what struck me was that everything there moved very, very slowly. This is New York City, where everything is fast. People drive fast, work fast, eat fast, talk fast, and work at a fast speed. Here, everything at this UN agency operated in slow motion, including the elevators.

The big secret is that the UN in general, and this agency specifically, have very little impetus to be successful. The UN and many of its agencies accomplish little, because if they accomplish too much, they put themselves out of business.

Things worked extraordinarily slow at this un agency in New York City as it is a plum assignment. Imagine you live in a third-world country, where food is scarce, the power may go out a few times a week, and you have to pay off corrupt police officers. You are then assigned a post in New York City, which is a dream come true. All you can eat buffets abound, power supplies are ample, and the streets are safe. Finishing your assignments, being too productive, is a surefire way to be sent home.

I found that 30% of the invitees routinely did not show up to meetings, and emails would take a week or more to get a reply. When the parties showed up to the meetings, they were often unprepared, uncooperative, uncommunicative, and would try to have another meeting scheduled as a delay tactic.

An underlying problem at the UN is accountability and politics. There is so much politics at the UN, so many protocols, that it makes it an impendent to get things done. This creates levels of bureaucracy that boggle the mind. The most simply task takes multiple signatures. Trying to do the most mundane task requires dealing with egos and bureaucracies. There are so many layers that enforcing any accountability is impossible.

The UN, in general, and this agency specifically screamed out for reform. However, UN reform is an oxymoron.

I voiced my frustrations to the project sponsor, one of the top IT officials at the agency. To which he replied that “the UN is anything but united.”

Back to the Palestinian rage issue. The United Nations Relief and Works Agency for Palestine Refugees in the Near East (UNRWA) is a UN agency that was created in December 1949 to support the relief and human development of Palestinian refugees. The UNRWA definition of “refugee” covers Palestinians who fled or were expelled from their homes during the 1948 Palestine War.

The UNRWA also provides assistance, but not refugee status, to those who fled or were expelled during and following the 1967 Six-Day War. They also apply refugee status to their patrilineal descendants. Originally intended to provide jobs on public works projects and direct relief, today, UNRWA provides education, health care, and social services to the population it supports. Currently, more than 5 million Palestinians are registered with UNRWA as refugees. Aid is provided in five areas of operation: Jordan, Lebanon, Syria, the Gaza Strip and the West Bank, including East Jerusalem.

With a budget of over $1 billion, the UNRWA has deep pockets. However, after over 70 years in existence, the UNRWA has failed its mandate. The UNRWA serves to keep its staff employed at the expense of the Palestinian people.

Tens of thousands of pages have been written about problems at the UNRWA. However, the most egregious and immoral is the perpetuation of Palestinian dependency on the organization itself. The UNRWA, after 70 years, has left the Palestinian people in a time warp. Their lives have stagnated, and this dependency means Palestinians cannot move forward in their lives.

After over 70 years, the number of Palestinian suffering has increased dramatically. In those 70 years, very little has been accomplished, because the one who was supposed to help them abandoned them. The ones who were supposed to raise them up, left them in refugee camps, while the INRWA staffers stayed at the finest hotels in Jerusalem and Tel Aviv.

Palestinians need to direct their rage not at Israel, rather at the UNRWA. They need to demand accountability and reform. The UNRWA accomplished little for the Palestinians since they have ignored their main mandate. And their entire raison d’etre seems to be to keep their bloated bureaucracy alive. When the Palestinians gain independence, the UNRWA would fade away, along with their staffers ocean-view hotel rooms at the Tel Aviv Hilton.

Moreover, the best reform would be to disband the UNRWA. The minute the UNRWA is disbanded, the clock can start moving forward for the Palestinians. However, as long as the UNRWA dominates them and looks out only for themselves, the dystopian world of self-interest and self-perpetuation that is the UN will continue to the sad and tragic reality for the many Palestinian refugees.