The Blogs
Bassem Eid
Apply for a Blog
Please note that the posts on The Blogs are contributed by third parties. The opinions, facts and any media content in them are presented solely by the authors, and neither The Times of Israel nor its partners assume any responsibility for them. Please contact us in case of abuse. In case of abuse,
Report this post. 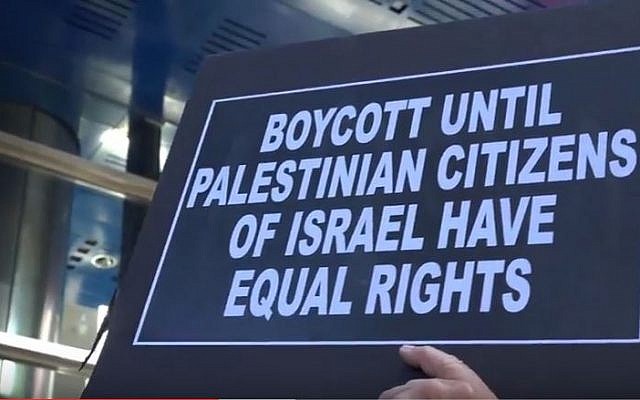 Nothing is being done to establish an economic infrastructure in the Palestinian territories because no one is willing to invest in the West Bank, let alone Gaza. There is practically no Palestinian-controlled industry in the West Bank or Gaza.

We Palestinians suffer from a lack of leadership. Our leaders – both from Hamas and Fatah – are corrupt. Mahmoud Abbas was elected President in 2005 for a four-year term, and he is still in power, despite the fact that there has been no election since 2005. He refuses to hold elections. We Palestinians have no legitimate leadership. Even though the world still pretends that he is the legitimate President, no one, including Israel, believes that he represents anyone anymore. He has no authority to speak with Israel about peace or a permanent solution.

Palestinian leaders have mishandled negotiations so badly that today, the very idea of a two-state solution, is in tatters. Although most Israelis still wish to reach such a solution, there is practically no confidence among Israelis that it can be achieved under current circumstances.

Hamas, which has repeatedly demanded the destruction of Israel, is clearly not interested in a two-state solution. There is little indication that Abbas wants it either because he refuses to even discuss that possibility with Israel. More importantly, Abbas has no credibility to deliver such a solution.

When Israeli Prime Minister Benjamin Netanyahu said, “I think that anyone who moves to establish a Palestinian state today, and evacuate areas, is giving radical Islam an area from which to attack the State of Israel”, he was right. Abbas has a weak hold on power. If Israel evacuated the West Bank, she would quickly be replaced by Hamas.

For both Fatah and Hamas, the conflict has become a business and a means of retaining power. They profit from the conflict financially and politically, so they do everything to ensure that it continues.

Despite Israel’s complete withdrawal from Gaza in 2005, because of the violent nature of Hamas’ rule over Gaza and their continued attacks on Israel, we Palestinians are anything but free and independent.

The Palestinians in Gaza depend upon four powers over which they have no influence: Israel; Egypt; the Palestinian Authority; and Hamas. Hamas is, of course, the de facto authority in Gaza. Israel and Egypt control traffic in and out Gaza in order to limit Hamas’ military capacity and its ability to wage war. The PA has official oversight over Gaza, but in practical terms, it cannot do anything without Hamas.

The Palestinians in Gaza are held hostage by these four powers, and Hamas is the one responsible for the situation. Hamas uses and sacrifices the Palestinians for its own political purposes. Every day that goes by, it becomes clearer that Hamas’ rule in Gaza is a dictatorship. While it is true that Hamas won parliamentary elections in 2006, there hasn’t been another election since 2006. As such, any legitimacy that Hamas previously had is no longer valid. They show no sign of holding an election because they know that the population is increasingly disillusioned and eager for change.

Outside Israel and the Palestinian territories, much of the world sees us through the lenses of the Boycott, Divest, Sanction (“BDS”) movement – which Palestinians largely do not support. Since the Palestinian-controlled economy is so weak, many Palestinians are employed by Israeli firms — the only source of good jobs for Palestinians. The BDS movement, however, is not interested in hearing the Palestinians’ pleas because they would rather see Palestinians live in poverty than relent in their pursuit against Israel.

The BDS movement and other anti-Israel activities use Israeli settlements in the West Bank to demonize Israel, but they do not seem to understand that the building of settlements benefits Palestinians. The settlements are a great source of well-paying jobs for Palestinian workers, and you can even say that the Palestinians essentially build the settlements. Jews residing in the West Bank is not a problem. Why should it be? Muslims live all over the world, so why should there be areas where Jews are not allowed? That would be apartheid.

We all know how the conflict with Israel started. Arab leaders saw war against the Jews as a way to create a convenient “enemy” that they could use to keep their people subjugated while the Arab leaders, their families, and their cronies lived the high life. The Arab world is almost one thousand times larger than Israel, so the existence of Israel was never a threat to the Arab world, but it was a great opportunity to allow corrupt Arab leaders to keep their peoples distracted. This is the tragedy of the Arab nations, and they need to deal with it themselves – and we Palestinians are tired of paying the price for it.

Despite the Arabs’ betrayal of the Palestinians, today’s situation is in our hands. We cannot expect our situation to improve while terrorism continues and while Palestinian youth are taught to believe that killing Jews – even Jewish children – is honorable. It is not honorable, and such hate will never benefit the Palestinians.

The BDS movement, which claims to be our friend, is determined to blame Israel for all our problems, and refuses to acknowledge the true issues. Instead, they are engaged in a self-serving narrative aimed at making them look like heroes who are supposedly helping the Palestinians. If they truly were our friends, they would open their eyes and help resolve the real issues.