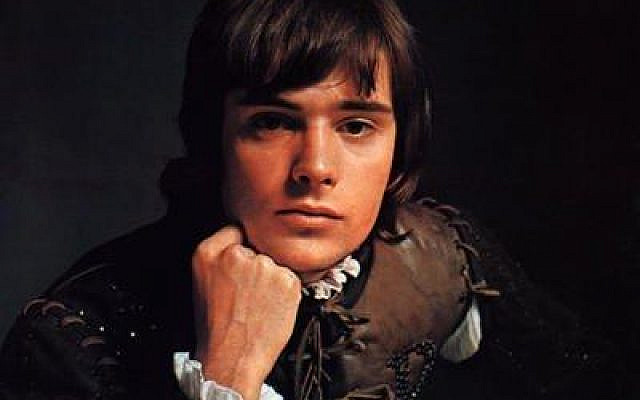 Leonard Whiting cast as Benjamin in "Joseph: the mini-series" Part 2.

The screenplay part 2: synopsis
Part 2 of our mini-series finds our hero in prison, forgotten by the “cupbearer” (the palace wine director). He is rescued and brought to the palace when Pharoah (the king or president) has disturbing dreams and the wine director remembers that Joseph interpreted his (the wine director’s) dreams perfectly.  Pharoahs’ dreams are disturbing indeed.  The second part of the episode brings our camera to Canaan and Jacob’s family.  Jacob is irritated with his sons, sends them to Egypt to find food where they encounter Joseph.

Part 2, scene 1
Pharaoh dreamed that he was standing by the Nile, when out of the Nile there came up seven cows, handsome and sturdy, and they grazed in the reed grass. But presently, seven other cows came up from the Nile close behind them, ugly and gaunt, and stood beside the cows on the bank of the Nile; and the ugly gaunt cows ate up the seven handsome sturdy cows. And Pharaoh awoke. He fell asleep and dreamed a second time: Seven ears of grain, solid and healthy, grew on a single stalk. But close behind them sprouted seven ears, thin and scorched by the east wind. And the thin ears swallowed up the seven solid and full ears. Then Pharaoh awoke: it was a dream! (GEN 41:1-8)

Joseph is summoned. He is given a haircut and his prison garb is exchanged for new clothes (again!). He interprets Pharaoh’s dreams (attributing his interpretation to Gd). He also tells Pharaoh, in one of his greatest lines, that his (Pharaoh’s) dreams “are one and the same”. (GEN 41:25).  He tells Pharaoh to prepare for very bad times. Pharoah is impressed and asks Joseph for his recommendations.  Joseph responds with a plan.

Pharaoh loves the plan and appoints Joseph Vizier of Egypt (aka Prime Minister).

You shall be in charge of my court, and by your command shall all my people be directed; only with respect to the throne shall I be superior to you.” Pharaoh further said to Joseph, “See, I put you in charge of all the land of Egypt.” And removing his signet ring from his hand, Pharaoh put it on Joseph’s hand; and he had him dressed in robes of fine linen, and put a gold chain about his neck. He had him ride in the chariot of his second-in-command, and they cried before him, “Abrek!” Thus he placed him over all the land of Egypt. Pharaoh said to Joseph, “I am Pharaoh; yet without you, no one shall lift up hand or foot in all the land of Egypt.” (GEN 41:40-44)

I am going to cast Ben Stiller in the role for this episode.  But the real-life “Joseph” in our time is Jared Kushner. 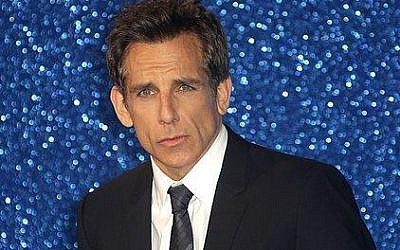 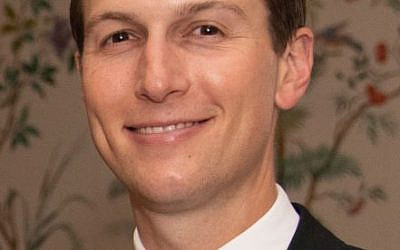 Pharaoh then gave Joseph the name Zaphenath-paneah; and he gave him for a wife Asenath daughter of Poti-phera, priest of On. Thus Joseph emerged in charge of the land of Egypt. (GEN 41:44)  Joseph became the father of two sons, whom Asenath daughter of Poti-phera, priest of On, bore to him. Joseph named the first-born Manasseh, meaning, “God has made me forget completely my hardship and my parental home.” And the second he named Ephraim, meaning, “God has made me fertile in the land of my affliction.” (GEN 41:50-52)

Like Abraham and Jacob before him, Joseph’s name is changed.  But this time the change is bestowed not by Gd but by a human being.  This change does not signal internal transformation and the Torah makes it clear that the name change is really a change of clothing more than a change of identity. Also, important: Joseph “marries out”. He marries an Egyptian girl, a “non-Jew” (as did Moses, by the way). And the names he gives his sons point to his life in exile (the diaspora). Joseph may not be a Jewish patriarch but, as a fully assimilated Jew, he is fundamental to Jewish identity. “Joseph was the first Hebrew to live, so to speak, in the Diaspora (גלות). He became thoroughly assimilated, adopted the customs of his environment, changed his name, (spoke the local language), wore Egyptian clothes, swore by Pharoah’s name (GEN 42:15) and married an Egyptian wife.” (Rabbi Gunther Plaut, The Torah, A Modern Commentary, p. 271).

Many Jews have occupied positions of power in governments in many countries over many centuries.    Here are some of them: 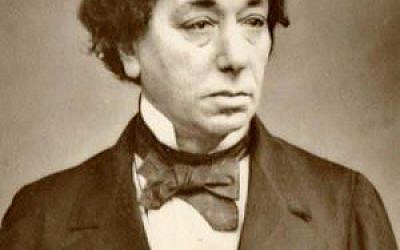 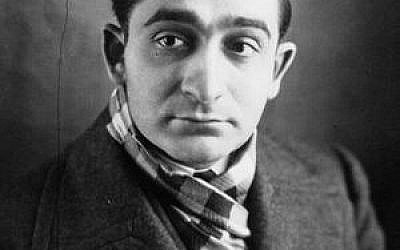 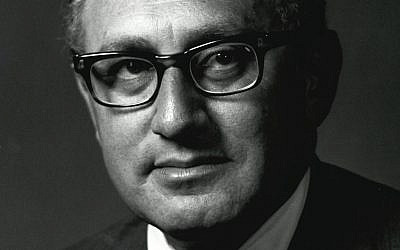 Part 2, scene 2: the brothers arrive in Egypt and meet Joseph.

The second scene in this great chapter is a cliff-hanger.  In short: the famine throughout the land is severe. Jacob tells his sons to stop sitting around (to get off their butts) and go to Egypt and bring back food. “When Jacob saw that there were food rations to be had in Egypt, he said to his sons, “Why do you keep looking at one another? (GEN 42:1).

When the brothers arrive in Egypt they go to see “the office” to apply for food rations and meet Joseph.  They do not recognize him but he recognizes them.  And he, Joseph, tests (and teases them.  He makes them sweat!  He accuses them of being spies and insists that, in order to procure rations, one of the brothers must stay behind in captivity (to insure they will return and to see if they will treat the brother left behind as they had treated him years ago).  And Joseph insists that, when they return, they bring Benjamin (Joseph’ full brother with Rachel and who has stayed at home with his father, Jacob).

The boys (the brothers) are completely distressed but they have no choice but to comply. When they are on their way they find that the money they had brought to pay for the food was still in their bags (Joseph had slyly ordered his staff to return their payments without the brothers’ knowledge).  When they return home, they tell their father all that had happened and that they must return to bring back Simeon and they must return with Benjamin.  Jacob is completely distraught. It is always me that you bereave: Joseph is no more and Simeon is no more, and now you would take away Benjamin. These things always happen to me!” (GEN 42:36) and berates his sons for having let on that they had a younger brother still at home.  Why did you serve me so ill as to tell the man that you had another brother?” (GEN 43:6).

Reuben and Judah argue with each other about the best next step to take and they argue with Jacob.  Finally, they agree to leave (they must, they have to procure food) and to take Benjamin with them.  When they return to Egypt (probably a month’s journey, by the way), they return to Joseph’s office to apply for more food, to pick up Simeon and to introduce Benjamin. Joseph asks about “their” (his) father.  And then meets Benjamin. When he sees his younger brother, he is overcome with emotion, and must hide his face. “With that, Joseph hurried out, for he was overcome with feeling toward his brother and was on the verge of tears; he went into a room and wept there. Then he washed his face, reappeared, and—now in control of himself..(GEN 43:31)

He orders his staff to prepare a meal for the brothers, has Benjamin served second and third helpings, and has food prepared for them to take back home.  Joseph then tells his staff to hide his silver goblet in Benjamin’s bag (his backpack) without the brothers’ knowledge. When the brothers depart, Joseph has them pursued and accuses them of theft. The brothers swear they are innocent and offer to kill whoever stole the goblet, if it is found, and to remain slaves in Egypt (foreshadowing!!). Joseph agrees with them but lightens the proposed sentence and tells them “Although what you are proposing is right, only the one with whom it is found shall be my slave; but the rest of you shall go free.” (GEN 44:10).

The bags are emptied and…….the goblet is found in Benjamin’s bag!  They return to the city and throw themselves before Joseph begging for mercy.  Judah speaks for the brothers  What can we say to my lord? How can we plead, how can we prove our innocence? God has uncovered the crime of your servants. Here we are, then, slaves of my lord, the rest of us as much as he in whose possession the goblet was found.” (GEN 44:16).  Joseph refuses.  Only Benjamin must stay, he tells them “Far be it from me to act thus! Only he in whose possession the goblet was found shall be my slave; the rest of you go back in peace to your father.” (GEN 44:17).

The end (of the chapter)!
What will the boys tell their father, Jacob, when they return?
How will Jacob deal with the captivity of his beloved son, Benjamin?
What happens next?

Stay tuned for episode 3 next week!

I am casting Leonard Whiting (Romeo in Franco Zeffireli’s film from 1968) as Benjamin. 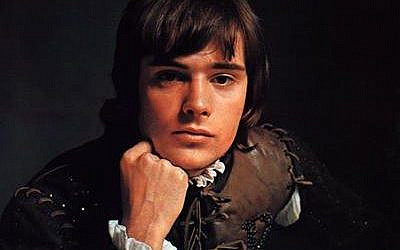 Author’s note: All images are free of copyright restrictions.