When we think of Noah we, for obvious reasons, think of the great flood.  And I’ll address this later. To me, however, despite the title of the chapter, Noah is not the subject of this parasha.  He is the object! The real subject of the chapter is Gd himself (and I’ll leave the masculine gender in place for now).  Let’s start and I’ll comment more as we read the text.

1. “This is the line of Noah.—Noah was a righteous man; he was blameless in his age; Noah walked with God.—
Noah begot three sons: Shem, Ham, and Japheth.  The earth became corrupt before God; the earth was filled with lawlessness.When God saw how corrupt the earth was, for all flesh had corrupted its ways on earth,God said to Noah, “I have decided to put an end to all flesh, for the earth is filled with lawlessness because of them: I am about to destroy them with the earth.”
(GEN 6:9-13)

The rabbis imagined that Gd actually destroyed the world several times because of his disappointment in the way things were turning out.  The difference, the rabbis surmise, this time is that Gd chooses Noah, a human being to help him find a new way.  In short, since Adam and Eve were exiled from the Garden of Eden, Gd tried several times to make a just world.  And each previous time he failed!  The Gd in this chapter is not like the Gd of B’reishit part 1.  He has forgotten what he knew then : that the perfect is the enemy of the good.  He is, rather, very childlike. When things don’t go his way, he throws a tantrum and destroys his own bedroom (aka the entire world). Noah, a simple man, somehow shows Gd that there can be another way to move forward and Gd starts to grow up.

2.“Make yourself an ark of gopher wood; make it an ark with compartments, and cover it inside and out with pitch.  This is how you shall make it: the length of the ark shall be three hundred cubits, its width fifty cubits, and its height thirty cubits. Make an opening for daylight in the ark, and terminate it within a cubit of the top. Put the entrance to the ark in its side; make it with bottom, second, and third decks.” (GEN 6:14-17)

3. “For My part, I am about to bring the Flood—waters upon the earth—to destroy all flesh under the sky in which there is breath of life; everything on earth shall perish.  But I will establish My covenant with you, and you shall enter the ark, with your sons, your wife, and your sons’ wives.” (GEN 6:17-18)

Gd continues his experiments, this time with a pact, a covenant (read more below) with Noah, which he will rewrite with Abraham.  Gd keeps learning!

The Torah is not a scientific document and yet it contains much truth about the nature of our physical world.  Around 4 billion years ago, water did cover the earth. And we have evidence of this today in almost every vineyard in the world where we find limestone and chalk which are nothing more than crushed fossils from the sea bed. 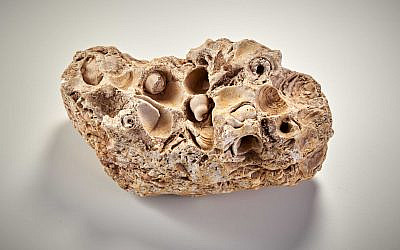 Fossils from the Shoresh vineyard at Tzora Winery in the Judean Hills, Israel.

It is also worth noting how vital water is in our human story and the central role it plays in the Torah: the great Flood, the pollution of the Nile (one of the plagues), the crossing of the Red Sea, rain at harvest time, Miriam’s ability to bring water to the Israelites, the role of water in purification (to this day). Water is life.

5. “The LORD said to Himself: “Never again will I doom the earth because of man, since the devisings of man’s mind are evil from his youth; nor will I ever again destroy every living being, as I have done.  So long as the earth endures, Seedtime and harvest, Cold and heat, Summer and winter, Day and night Shall not cease.” (GEN 8:21-22)  “And God said to Noah and to his sons with him, “I now establish My covenant with you and your offspring to come, and with every living thing that is with you—birds, cattle, and every wild beast as well—all that have come out of the ark, every living thing on earth.   I will maintain My covenant with you: never again shall all flesh be cut off by the waters of a flood, and never again shall there be a flood to destroy the earth.”  God further said, “This is the sign that I set for the covenant between Me and you, and every living creature with you, for all ages to come.I have set My bow in the clouds, and it shall serve as a sign of the covenant between Me and the earth.When I bring clouds over the earth, and the bow appears in the clouds, That,” God said to Noah, “shall be the sign of the covenant that I have established between Me and all flesh that is on earth.” (GEN 9:8-17)

This covenant precedes THE covenant with Abraham which I will discuss when we get there later in Genesis. But the basic element of the covenant is clear: Gd has grown up now and realizes he needs to leave well enough alone.  More important, he promises not to destroy what has been created. He commits, tacitly, to future generations of all species that they will survive. The rainbow is a sign of this first covenant because it signals to us that no matter how hard it rains, no matter what problems we face, the sun will shine again, and we will find solutions to our problems. And it is a sign of unity : that all races, nations and people of all kinds will be united.  Thank you Nahum Sarna. 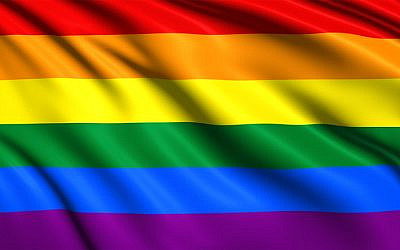 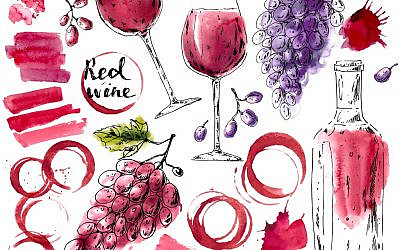 Woops! We’ve all been there at one time in our lives. 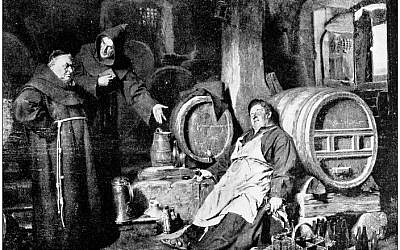 Just a bit too much……

This fantastic story of the Tower of Babel contains real wisdom:
1. Gd does not assume that the people are doing something wrong. He inspects for himself (“the Lord came down to look”). Gd does not rely on hearsay nor rumor and nor should we.
2. Language equals culture and identity. How we speak, how we name things in our world, how we communicate define who we are.
3. When we do not speak the same language we cannot communicate and we cannot build together.  This does not only mean Chinese vs English or Hebrew vs Arabic. It means left vs right, conservative vs liberal, Republican vs Democrat.

All images have been purchased or have permission granted and are free of copyright restrictions.