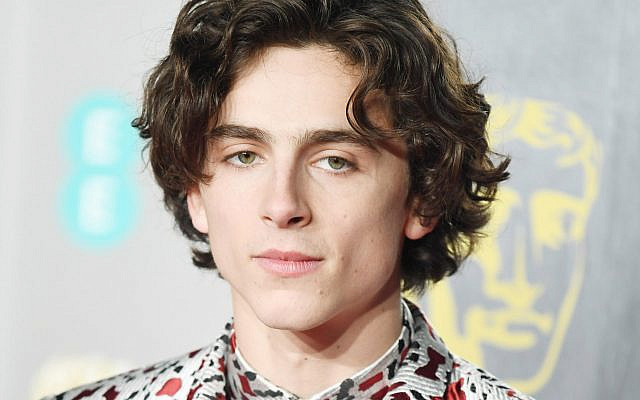 Timothee Chalamet cast as a young Joseph or as Benjamin. Permission to use this image granted through purchase of rights on Alamy.com.

Screenplay synopsis, Part 4:
This chapter, Vaychi, is the final episode of the “Joseph” mini-series. We have known Joseph since his birth and now we will be witnesses when he passes away. But, first, his father, Jacob, dies. And before that Joseph’s two sons receive mixed (literally) blessings from Jacob. In this chapter Jacob also “blesses” his sons but his words comfort and scar in equal measure. Joseph’s death marks the end of the chapter, the end of the episode and the end of the book of Genesis.

1. Jacob nears his death and asks Joseph to promise that he (Jacob) will not be buried in Egypt.
Jacob lived seventeen years in the land of Egypt, so that the span of Jacob’s life came to one hundred and forty-seven years. And when the time approached for Israel to die, he summoned his son Joseph and said to him, “Do me this favor, place your hand under my thigh as a pledge of your steadfast loyalty: please do not bury me in Egypt. When I lie down with my fathers, take me up from Egypt and bury me in their burial-place.” He replied, “I will do as you have spoken.” And he said, “Swear to me.” And he swore to him. Then Israel bowed at the head of the bed. (GEN 47: 28-31)

The interesting take-away here is the translation of “steadfast loyalty”. In Hebrew the words are in fact “true kindness” חֶ֣סֶד וֶאֱמֶ֔ת. One of the most beautiful prayers in Judaism stresses the values of grace, kindness and compassion (שִׂים שָׁלוֹם טוֹבָה וּבְרָכָה חן וָחֶֽסֶד וְרַחֲמִים). My friend, Rabbi Abby Sosland, has commented on these values as among the foundations of Jewish spirituality : grace (accepting a gift of kindness of any kind or size or in any form (words for example) with humility and acceptance; kindness (giving a gift of any kind or size or in any form without expecting a favor of any kind in return); compassion (pure empathy, knowing and feeling what another person is feeling).

2. Joseph and his wife gave birth to two sons, Ephraim and Manesseh.
Born of a non-Israelite mother, the boys are not Israelite. Jacob adopts them (aka converts them). In a sideways comment, Jacob tells Joseph he is doing this, in part, to apologize for burying his beloved wife, Rachel, in an unmarked grave. We grieve with Jacob and we feel his guilt too. As he tells (orders) Joseph:

Now, your two sons, who were born to you in the land of Egypt before I came to you in Egypt, shall be mine; Ephraim and Manasseh shall be mine no less than Reuben and Simeon. (GEN 48:5) I [do this because], when I was returning from Paddan, Rachel died, to my sorrow, while I was journeying in the land of Canaan, when still some distance short of Ephrath; and I buried her there on the road to Ephrath”—now Bethlehem. (GEN 48:7)

4. As part of the “adoption” of Joseph’s sons, Jacob blesses them. But he does as his father did : he reverses the order of the blessings giving the younger the blessing of the elder. As the eyesight of his father, Isaac, failed, so too is Jacob’s eyesight impaired (but not his intelligence!). Like father, like son! The discussion between Jacob and Joseph, is intimate (but too long to reprint). Read here: https://www.sefaria.org/Genesis.48.8-20?lang=bi&aliyot=0

5. Jacob blesses his sons before he dies.
Jacob’s blessings to each of his sons are among the greatest literary passages in the Torah. They are well-worth reading in full. Jacob’s critical and loving assessment of each son’s character is a lesson in parental concern and wisdom. Again, the text is too long to reprint but please read here: https://www.sefaria.org/Genesis.49?lang=bi&aliyot=0 And please see again the wonderful paintings of each of the sons by Francisco de Zurbaran inspired by Jacob’s blessings. When you open the link you can view each painting at the bottom of the page:
https://en.wikipedia.org/wiki/Jacob_and_his_twelve_sons.

Jacob by Francisco de Zurbaran. The image of this painting is in the public domain.

6. Jacob’s burial is seen as an Egyptian burial by the “locals”.
More on this point below.

And when the Canaanite inhabitants of the land saw the mourning at Goren ha-Atad, they said, “This is a solemn mourning on the part of the Egyptians.” (GEN 50:11).

7. Finally, Joseph himself dies which brings both the chapter, the book of Genesis and the story of the patriarchs and matriarchs to an end.

Joseph and his father’s household remained in Egypt. Joseph lived one hundred and ten years. Joseph lived to see children of the third generation of Ephraim; the children of Machir son of Manasseh were likewise born upon Joseph’s knees. At length, Joseph said to his brothers, “I am about to die. God will surely take notice of you and bring you up from this land to the land that He promised on oath to Abraham, to Isaac, and to Jacob.” So Joseph made the sons of Israel swear, saying, “When God has taken notice of you, you shall carry up my bones from here.” Joseph died at the age of one hundred and ten years; and he was embalmed and placed in a coffin in Egypt. (GEN 50:22-26)

1. RESPONSIBILITY, LEADERSHIP:
The Amidah prayer and Joseph’s final role in Jewish history and imagination. Amidah (or “the standing”) is the central prayer in every Jewish service. “To stand” means many things: “to stand up” is to be responsible; “to stand down” is to surrender; “to stand for” is an expression of one’s values; “to stand in” is to substitute for someone else; “to stand aside” is to relinquish participation; “to stand out” is to be exceptional. The Amidah prayer is about standing up and taking responsibility. In this prayer we recall Abraham, Isaac, Jacob, Sarah, Rebecca, Leah and Rachel. These are the patriarchs and matriarchs. We do not recall Joseph (nor do we recall Moses; more on that in the coming weeks). Why? The simple answer is that Joseph, despite being the favored son of Jacob, is not a patriarch. The mantle went to Judah. And the reasons are complex (and complicated) : Joseph “married out” of the family and was probably homosexual. His sons were not Israelite by birth even though converted by their grandfather on his, Jacob’s, death bed. Joseph’s lineage was lost. And, most important, Joseph, despite his many gifts, his intelligence and his own transformation, did not lead nor build the nation. He is finally, as Pharaoh understood, a Prime Minister, an advisor, but not a President, a leader, and, therefore, not a patriarch.

2. SURVIVAL and ASSIMILATION:
When Joseph’s brothers see him after their father’s death, they fear he will take revenge. He does not. Instead he says this: God intended it for good, so as to bring about the present result—the survival of many people. (GEN 50:20). It’s an astonishing statement from a boy, now a man, who was almost murdered by his brothers. Joseph’s rise to power in Egypt saved the nation of Egypt and the Israelites from a deadly famine even if both communities paid a high price for their survival. Joseph became Egyptian as we have become American, French, Canadian, German, Turkish, Swedish, Moroccan, Greek, Brazilian, Argentine, Chilean, Mexican, Russian and citizens of so many other nations. Joseph is as our “patriarch” of assimilation.
Read about Jewish populations in the world here: https://en.wikipedia.org/wiki/Jewish_population_by_country.

Joseph’s life and story teaches us that assimilation is a tool of Jewish survival; a tool but not the answer. And the balance between assimilation into larger society and the rejection of a greater society is Joseph’s story and still very much our story today.

CASTING
For this final episode, I am casting the actor Rami Malek (“Bohemian Rhapsody”) and this twin brother, Sami Malek, as Ephraim and Manasseh. And, thanks to my friend Carol Ingall in New York, I am casting Timothee Chalamet as either a young Joseph or as Benjamin. 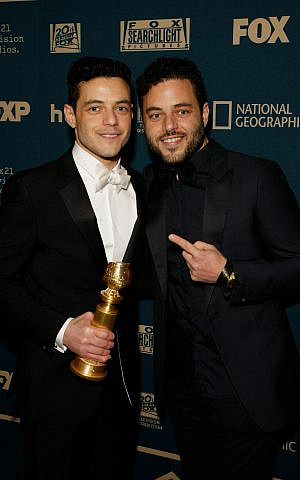 Author’s note: all images in this commentary are either in the public domain (Jacob by Francisco de Zurbaran) or the rights to publish them have been purchased by the author from Alamy.com.