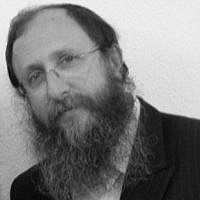 We have just buried three pure souls, three young Jews, Eyal, Naftali and Gilad, stolen and murdered by vile Muslim terrorists, who sought to break and crush and destroy Israel. These three pure souls who embody the very best in Israel, will live forever, three beacons revealing the strength and unity of Israel, the victory of good over evil.

About the Author
Rabbi Chaim Richman is the director of the international department of the Temple Institute in Jerusalem. For over three decades the Temple Institute has been dedicated to every aspect of the Biblical commandment to build the Holy Temple. Through its research and educational programming, the Institute seeks to highlight the universal significance of the Holy Temple as a house of peace and prayer for all nations.
Related Topics
Related Posts
Comments