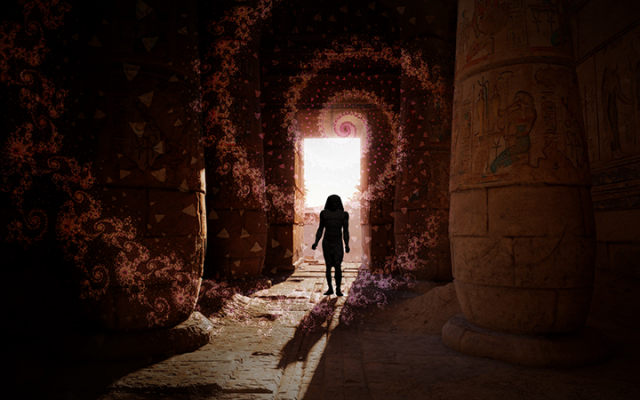 The story of Ya’akov was a story of deceit; Ya’akov deceived and was himself deceived. The story of Yoseph, on the other hand, is a story of tests — wheels within wheels, and intrigue within intrigue.

Yoseph’s dreams test the cohesion of his family, and the family fails the test. Tamar tests Yehuda, who passes the test—barely—and his close call leads him to a renewed self-assessment.  And lastly, Yoseph sets up an elaborate test for his brothers: will they do to Benyamin, Rachel’s second son, what they did to Yoseph, her firstborn? Will they sacrifice Benyamin on the altar of expediency?

With all of this, it can be easy to miss the most subtle test of all—that of Yoseph himself.  Yoseph is the prototype assimilated Jew—the Jew who rises to the top by dint of clear thinking and hard work, but who has to jettison his connections to his past to do so. Will he be able to reclaim his identity before the end?

The names Yoseph chooses for his sons is indicative of his intention to make a clean break from a painful past: “Menashe, for God has made me forget my toil and all my father’s house.”  A stark and bitter statement if ever there was one. Yoseph’s choice of the phrase, “nashani,” conveys the mood—“falling away”. He seems to be saying, “I was abandoned by my father’s house, and now I abandon my father’s house in turn. With this, a son born in Egypt of an Egyptian mother, I declare my assimilation into my new home.”

The name of the second son is no less symbolic. “Ephraim, because God has made me fruitful in the land of my affliction”. Both names together seem to tell the story of the immigrant who came with nothing—and in Yoseph’s case, far less than nothing—and yet, who made good. It is the story of the successful assimilationist.

And yet, something remains. For all of Yoseph’s pride in his assimilation, he has kept the essential religious faith taught him in his father’s house. For all that he has become the consummate Egyptian bureaucrat, he retains a fundamental humility about who is running the show.  Perhaps it is this very trait that accounts for his ability to discern trends—to see the larger picture—a trait that has stood him in good stead in Egypt.

And so there is a hint of a double life here. Why the ambivalence? Why did Yoseph not, after all, make a clean break with his past? The simplest answer is that he has no way of knowing whether his father was in on his brothers’ betrayal of him. Ya’akov had, after all, sent him off alone to find his brothers. And that was after Yoseph had told him of the dream in which “the sun and moon and eleven stars bowed down to me”. Ya’akov had been alarmed at the dream and had let his alarm show. Yoseph could be forgiven for believing that his father had turned a blind eye to his brothers’ machinations. Adolescence is not generally a time of clear thought at the best of times!

And so, Yoseph probably has no need to feign anger when he recognizes his brothers among the throngs applying for famine relief. He can’t know whether they suffer even the faintest hint of regret over what they did to him. Nor can he know what part, if any, his father played in the whole sordid business.

It is only through the conversation between the brothers, which Yoseph overhears, that he learns the plan was not premeditated, nor even particularly well-rehearsed. The brothers were at odds over it even as it was being executed. What’s more, they have carried the guilt of it with them ever since. It is plain from their concern not to endanger Benyamin that Ya’akov himself had no part in the plot, and that Yoseph’s apparent death scarred him deeply.

And so, the trap is laid. Ya’akov is off the hook. Now it only remains to see whether the brothers have gone beyond mere acknowledgment of guilt. It is easy to say, “We are guilty concerning our brother,” quite another thing to change to the point of putting their own lives on the line before allowing their father to be bereaved again. And it is with the trap baited and set that this week’s parashah ends—the perfect cliff-hanger!

The fractal nature of history

But Yoseph isn’t the only one plotting intrigue here; God has also been busy setting up the dominoes, which may fall either way depending on the actions of the story’s protagonists. And what hinges on the outcome is nothing less than the creation of Israel as a separate nation.

What is interesting—and inspiring—is the way this larger action is shown to be the natural outcome of the free choice of individual people, who grow and learn from the experiences they undergo. Individuals are themselves whole worlds, and whole worlds depend upon the doings of individuals—a fractal reality.  Nothing is static, and nothing is certain. Avraham’s disquieting vision of several chapters ago hangs over the story, but neither Yoseph nor his brothers seem aware that their story is part of a much larger story; they move under their own power.

And herein is an important truth—that we are always part of a greater story, but that it is our mundane choices that determine that story.  Our actions have weight, and speak for us in the totality of existence. We are on the front lines of history at every moment. Every dream, every word, every action shapes the greater reality. This truth is hidden in plain sight in the story of Yoseph’s assimilation in Egypt, and his eventual reconciliation with his family. The ultimate destiny of Am Yisrael is a product of the most mundane choices of each individual Jew, at every moment. On so small a thing the future nationhood of Israel rests.

But perhaps this is one of the greatest take-aways from this story—the understanding that individual choice is not a small thing after all!