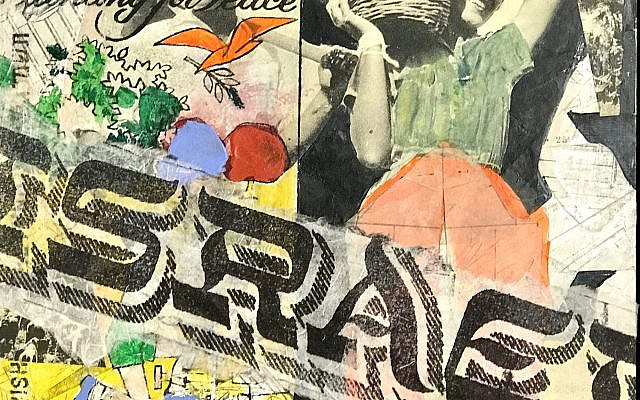 "We can do it!". Celebrating the achievemant of women in Israel and everywhere. Multi-media art by Michal Nachmany courtesy of the artist.

We have all had the experience of buying or receiving a new appliance, a new car, a new home. It’s thrilling and a moment of immense joy. And then, there is the day after: the day when we read the fine print (or try to) about the warranty, about the liabilities, about the safety concerns and about the responsibilities we have as owners.

This chapter, Mishpatim משפטים, is what we read after the joy and uplift of the revelations we received in last week’s chapter: the Ten Commandments. This chapter is the fine print. It is the “how to” manual. It may not be as thrilling as the revelations themselves but it is as important. In fact, the first without the second is almost without meaning.

Mishpatim משפטים means “rules” or “laws” and this chapter is a long list of laws with many details.  There are laws about the treatment of household and agricultural help (indentured servants), laws for capital offenses, laws proscribing kidnapping, abuse of one’s parents, bodily injury inflicted on another person, harm to a pregnant woman, damaging behavior by oxen (today that would be by tractors), damage to crops, laws relating to bailment (loan of property), theft, sexual harassment (#metoo/ancientwisdom), how to treat strangers, how to treat widows and orphans, prohibitions against sorcery and apostasy and finally laws regarding worship.

At the end of chapter, Moses is summoned to meet Gd on Mount Sinai to receive the commandments (all of them**) on the famous tablets of stone where he will remain for forty days.

Two points (among many) worth noting here:

1. But if other damage ensues (from a fight), the penalty shall be life for life, eye for eye, tooth for tooth, hand for hand, foot for foot, burn for burn, wound for wound, bruise for bruise. (EX 21:23-25)

This well-known phrase has given rise to countless interpretations from the Rabbis to the current day. It is usually understood as a metaphor not as a literal prescription or command: monetary compensation must be made equal to the value of the injury.  I like to read this phrase (also as a metaphor) as a just requirement that punishment must never be greater than the injury itself.

Then he took the record of the covenant and read it aloud to the people. And they said, “All that the LORD has spoken we will faithfully do!” (EX 21:7)

I have copied the Hebrew text because the usual translation (above) is insufficient in my view. It should read something like: “we will do as we have heard”.  Hearing and doing!  Rabbi Jonathan Sacks gave us this wonderful interpretation:

“Na’aseh venishma means, “We will do and we will understand.”From this ​we derive the conclusion that we can only understand Judaism by doing it, by performing the commands and living a Jewish life. In the beginning is the deed. Only then comes the grasp, the insight, the comprehension.
This is a signal and substantive point. The modern Western mind tends to put things in the opposite order. We seek to understand what we are committing ourselves to before making the commitment. That is fine when what is at stake is signing a contract, buying a new mobile phone, or purchasing a subscription, but not when making a deep existential commitment. The only way to understand leadership is to lead. The only way to understand marriage is to get married. The only way to understand whether a certain career path is right for you is to actually try it for an extended period. Those who hover on the edge of a commitment, reluctant to make a decision until all the facts are in, will eventually find that life has passed them by.The only way to understand a way of life is to take the risk of living it. So: na’aseh venishma, “We will do and eventually, through extended practice and long exposure, we will understand.”  (Jonathan Sacks, Mishpatim 5776 “Doing and Hearing”, 16 February 2016 from his website).​
Were I asked to define Judaism, Sack’s commentary would be one of my answers.  The apposition of the reading of the Ten Commandments in last week’s chapter to the prescription of (many) laws in this one speaks to the absolute human need to “do” in order to “understand”. Judaism is built on concrete, daily actions and acts which then inform our hearts, minds and spirit (soul). Read the fine print!

** Rabbi Nahum Sarna quotes Ibn Ezra to point out that both the oral and written law were given with the tablets: “Just as we received the written Torah from our ancestors so did we receive its oral interpretations” Nahum Sarna citing Ibn Ezra, Etz Hayim p 462.

Multi-media art below by Michal Nachmany “Time is Cancelled”. Courtesy of the artist. 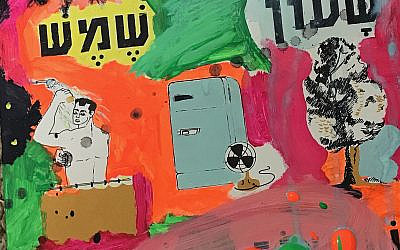 Michal Nachmany (b. Jerusalem, 1958), is a self-taught artist and educator. She began exhibiting her work in September 2015 in New York City, and since then has exhibited at community centers and galleries across New York City and the tristate area. Her inaugural international show opened in November 2016 in Taipei, Taiwan.