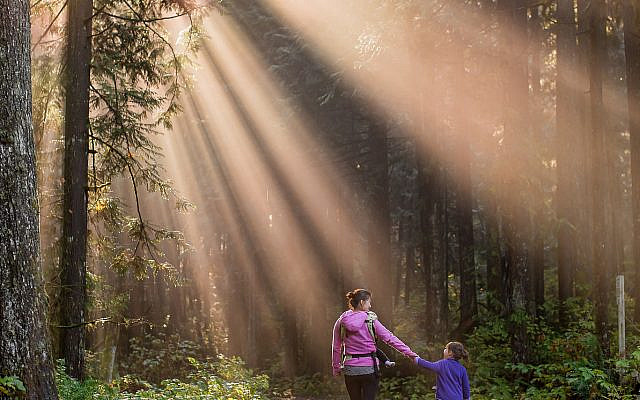 Photo by James Wheeler on Unsplash

The Jewish people have just left Har Sinai. And they have a complaint. They do not like their food, the manna. They want meat (Bamidbar, 11:5). Moshe hears their cries and is distressed. He turns to Hashem and says: “Why haven’t I found favour in Your eyes, that You have given me the burden of this people? Did I conceive this people? Did I give birth to them? That You should say to me: carry them close to your chest, as a nurse carries a child…?” (Bamidbar, 11:11-12). Moshe, in the middle of the desert, doesn’t know where he can find meat to feed the people with.

Moshe’s words show his anger and frustration; he seems to be at breaking point in terms of leadership. It is interesting that, in his complaint, he uses the imagery of a relationship between mother and child…

When Moshe was a baby in Egypt, his mother, Yocheved, put him in a basket in the river. Miriam, his sister, watched over him as he floated in the water. Batya, the daughter of Pharoe, came down to the river and found him. When Miriam sees Batya has found Moshe, she runs over and asks “should I go and call for you a nursemaid from the Jewish women, and she will nurse this child for you?” (Shemot, 2:7). The Gemarah asks why Batya would want specifically a Jewish nursemaid for her newly adopted child. It answers that she took Moshe to all the Egyptian nursemaids, but he would not nurse from any of them (Sotah, 12b). In this story, it is Moshe who refuses to eat and requires a different source of nourishment. And it is Miriam, Yocheved and Batya who provide this for him. Moshe’s mother, his adopted mother, and his sister who watched over him (like a mother).

The Malbim comments on Moshe’s words in these pesukim, explaining that a mother nurses her child and provides food (Malbim, Bamidbar, 11:12). Moshe knew he was unable to give Bnei Yisrael the meat they wanted. His use of the masculine form of the word “nurse” shows he understood that he was not capable of granting their request (HaKatav Ve’HaKabalah, Bamidbar, 11:12). Moshe cannot be a mother to the people. And perhaps some of his frustration in this episode is because he understands the importance of the relationship between mother and child, symbolised through the provision of food, from his own experiences.

In Mishlei, Shlomo makes a distinction between the “discipline of your father” and the “instruction of your mother” (Mishlei, 1:8). Based on this pasuk, Rav Soloveitchik distinguishes between two elements of Jewish education a child receives (Rav Joseph B. Soloveitchik, ‘A Tribute to the Rebbitzen of Talne’, Tradition, 17 (1978), pp.73-83). The aspect associated with the “instruction of your mother” is experiential, warm and nourishing. In contrast, the aspect associated with the “discipline of your father” is intellectual and rigorous. Moshe embodied this aspect: he taught Torah to the entire Jewish people. And one who teaches someone else Torah, it’s considered as if he gave birth to them (Sanhedrin, 19b). Moshe could be their father. But he couldn’t be their mother. And he knew the importance of mothers.

And it is in this week’s parsha that Miriam is rewarded for watching Moshe. When she is struck with tzara’at, “the people did not travel” but waited until she could be readmitted to the camp and travel with them (Bamidbar, 12:15). Rashi on this pasuk explains that just as Miriam waited on the banks of the river for Moshe, the Jewish people waited for her now. Miriam helped provide Moshe with a source of food, she helped him access the warmth and nourishment of his mother.  And so she is rewarded; the people wait for her, a sign of love.

At the beginning of the parsha, Hashem tells Moshe to tell Aharon about “when you raise up the candles” of the Menorah (Bamidbar, 8:2). Rashi explains the unusual language in this pasuk of “raising up” candles to mean that Aharon had to kindle the flame until it ascended on its own. So it is with candles, so it is with students. In Pirkei Avot, we are told that a teacher has the responsibility to “raise up” many students (Avot, 1:1). The aim of education is to give a student, or child, the knowledge, skills and ability to stand on their own. Moshe’s mothers did this, they enabled him to become Moshe Rabeinu, leader of the Jewish people, teacher of Torah, prophet who spoke – as we are told in this week’s sedra – “mouth to mouth” with G-d (Bamidbar, 12:8). The day he was put in the river was the sixth of Sivan, the day he would receive the Torah (Sotah, 12b). The reason he didn’t nurse from the Egyptian nursemaids was because should the mouth that in the future would speak to the Divine Presence drink impure milk? (Sotah, 12b). The warmth, nourishment and love given to Moshe by Yocheved, Miriam and Batya empowered him to become leader of the Jewish people. Moshe, in this week’s parsha, recognises the importance of the mother-figures in his life.

The question is, do we?