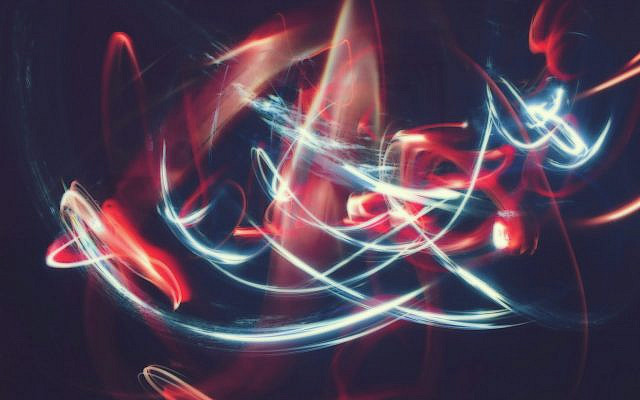 Photo by Ahmad Dirini on Unsplash

At the beginning of Parshat Bechukotai, Hashem tells Bnei Yisrael of the blessings they will receive if they follow His word and the punishments they will receive if they do not. If Bnei Yisrael follow the mitzvot, they are promised rain at the right time, plenty of food and animals and children and land and peace and wealth. However, if they do not follow in the ways of G-d, they are warned of being cursed with illness, hunger and poverty, death, destruction and war in the land. The Torah lays out a system of reward and punishment – but focuses on physical rewards and punishments.

In contrast, throughout Chazal and the Rishonim, the focus is on spiritual reward and punishment for our actions. The Gemarah (Chullin 142a) states explicitly that real reward is only received in the world to come. The author of the Mesillat Yesharim (Perek Aleph) describes the obligation of a person to serve Hashem but warns of the importance of recognising reward for this will only be given in the world to come. He paints a picture of Olam Haba’ah, where tzadikim sit and bask in the presence of G-d as reward for their mitzvot. And Pirkei Avot (4:16) compares this world to a corridor that we need to walk through in order to get to the next world, the banqueting hall. The image of the world to come as a banqueting hall suggests that it is only there we will eat and enjoy the fruits of our labour in this world.

Why, however, does the Torah itself focus only physical rewards and punishments and not mention the spiritual benefit we will receive for following Hashem’s commandments?

Many Rishonim address this question, including the Ramban, who explains (Bereishit, 46:15) that the Torah does not talk about things which are natural. He applies this principle to our question (Ramban, Vayikra, 26:12). The soul, because it is a piece of G-d, is inherently spiritual and eternal. Therefore, of course there is an afterlife, a world to come, in which the soul will reconnect to its source and enjoy being in the presence of Hashem. This is natural; it is “obligatory” for the soul. Our actions in this world can strengthen what the soul’s connection to G-d will be in the next world. But the connection, and the eternality of the soul, is natural. Therefore, the Torah does not mention it. However, the Torah mentions the spiritual punishment of karet, when a soul is cut off from its source. This is such an unnatural state of being for the soul that the Torah has to mention it. According to the Ramban, the physical rewards promised to Bnei Yisrael are not natural. For an entire nation to be prosperous, without poverty, hunger or illness, for them to have peace and be able to defeat even the most dangerous of their enemies – that’s miraculous. And so it’s mentioned explicitly by the Torah.

This answer, and the pesukim, focus our attention on our tremendous ability to positively impact the physical world. If we keep mitzvot, we have the ability to bring blessings and cause miracles. We cannot do that from Olam Haba’ah, which is described by Rav Soloveitchik in Halachic Man as tranquil, quiet – and static. It is only in this world that we can act, accomplish and have an impact. And the Torah expects us to have an impact, to do things and act and live vibrant busy lives full of colour and sound and achievement – within the guidelines G-d has given us.

This is an important message as we transition from Sefer Vayikra to Sefer Bamidbar. Vayikra takes place at the foot of Har Sinai, where Bnei Yisrael have been since Matan Torah. They have received the Torah, built the Mishkan and have sat and learnt about korbanot, the avodah of the Mishkan, the Kohanim, kedusha and purity. Basking in the presence of Hashem and the spirituality of Har Sinai, they have sat and learnt the framework Hashem has set out for them, the mitzvot and the guidelines. But the point is not to stay at Har Sinai forever. In Bamidbar, Hashem is going to tell them it’s time to leave, to journey through the desert in order to arrive at the ultimate destination: the land of Israel. Learning is important so we can understand what Hashem wants from us. But then we need to take it with us, go out into the physical world, live and act and accomplish and positively impact the world around us – because we have the incredible power to cause miracles that will bring blessing to all the world.