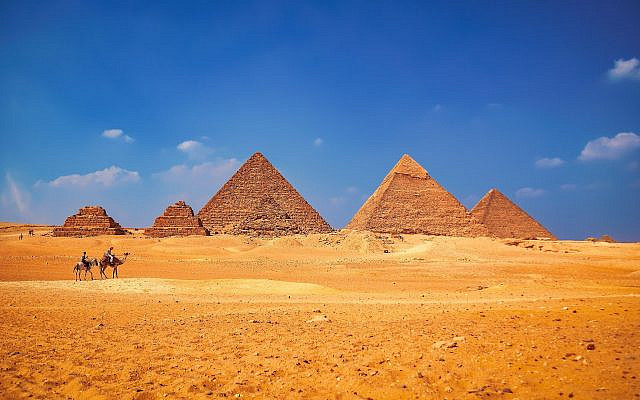 Now a free people in Parshat Beshalach, Bnei Yisrael find themselves following Moshe in the desert toward the land promised. Hashem liberated the people from Egypt and brought them out with riches they could only fawn and marvel at in their enslavement. The Egyptians chased after them, but once Moshe led the people through the split sea, Hashem ensnared the Egyptians within its flooding waters. Bnei Yisrael watched its slave masters of the last 210 years gone in an instant. Presumably, nothing could be more comforting. Not quite.

The Torah describes several instances in the parsha when Bnei Yisrael complain to Moshe about their lack of resources — for food, water, and the like. The last occurrence is of particular interest. After Bnei Yisrael camp at Rephidim, they discover that “there was no water for the people to drink.” (Shemos 17:1) Expectedly, the grievances emerge: “Give us water to drink,” they said. “Why did you bring us up from Egypt to kill us and our children and our livestock of thirst?” (17:2-3) Most commentaries, midrashim, and the like paint this scenario in anything but a positive light: The people, whom Hashem saved and promised greatness, now moan and groan from their lack of gratitude. But not everyone is so quick to pass that judgment.

The Abarbanel asks: If there was no water to drink, what was wrong with them asking Moshe, their leader, to procure water for them? Who else should they have asked, and why is this seen as a “testing” of Hashem? Indeed, the Torah soon after says, “The place was named Massah and Meribah because Bnei Yisrael quarreled and because they tried Hashem, saying, ‘Is Hashem among us or not?’” (Shemot 17:7) To answer the Abarbanel’s question, we turn to the Chalban in his Talelei Chaim on Purim.

The Chalban sharply notes that the Torah misquotes Bnei Yisrael. While they asked for water, the Torah quotes them as asking, “Is Hashem among us or not?” That is evidently not what the Torah wrote several pesukim earlier and clearly not what they said — in fact, it seems completely unrelated to the actual problem: the lack of water. So what does it mean?

To this, the Chalban explains that in the earlier pesukim, they literally asked for water, and that is what the Torah quotes them as saying. In this later pasuk, however, the Torah refers not to the literal words they spoke, rather to the heart of what they were saying. They may have said they were asking about water, but in reality, they were asking if Hashem was among them or not.

Unraveling how that is so, the Chalban describes their question as such: “You gave us upper lights, split the sea, made miracles and wonders above the natural limits, but do You know that we are people, that we are thirsty for water? If what is in our heart, ours, is material, is that also a place for Divine service, or no?” (76). The root of the people’s problem was whether Hashem would care about or dwell among them even in the “trivialities” of life. Sure, Hashem could split seas and bring plagues, but would He help them get something to drink when they’re thirsty?

It was precisely the question’s implication that was the problem. Hashem is involved of every aspect of the world and our lives — He is not confined to the fantastical miracles we read about in certain contexts. In the story of our lives, Hashem is always an active “Character,” from the mundane to the miraculous. To answer Bnei Yisrael: Yes, Hashem is always among us.