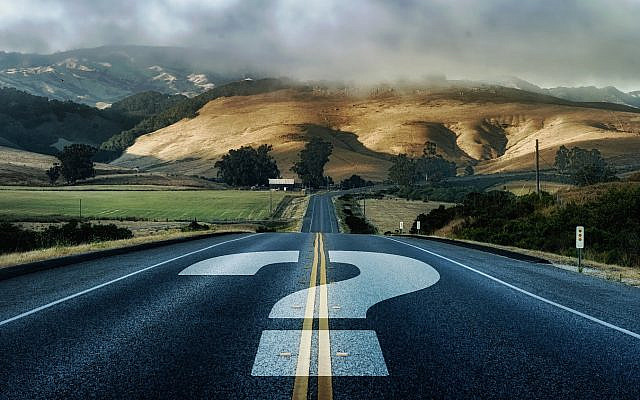 There’s something exciting about engaging with the realm of possibility. With new endeavors comes new opportunities, and with new opportunities come new realms of imagination. But when our dreams collapse on themselves, and we feel stuck in a place that’s worse than before, we can feel the frustration and regret flood our being. Whether it’s taking an exciting job offer, signing up for a challenging college course, or trying a new relationship, when things start to go south, we can usually expect to feel this pain. In Parshat Beshalach, Bnei Yisrael are finally tasting freedom, but faced with unexpected Egyptian pursuit, they feel this same defeat.

Shortly after Bnei Yisrael leave Egypt as free people with the permission of Pharaoh, the Egyptians have a change of heart: They want their slaves back. With hundreds of chariots and one objective, the Egyptians chase Bnei Yisrael until the latter are ultimately confronted at the sea. Then, their greatest anxieties burst forth.

The Torah says, “And they said to Moses, ‘Was it for lack of graves in Egypt that you brought us to die in the wilderness? What have you done to us, taking us out of Egypt? Is this not the very thing we told you in Egypt, saying, ‘Let us be, and we will serve the Egyptians, for it is better for us to serve the Egyptians than to die in the wilderness’?” (Shemot 14:11-12).

Malbim comments on this pasuk that nations differ in their prioritization of ideals. Specifically, there are some for whom freedom is so fundamental, so essential to their mode of being, that they would prefer death over enslavement; they can’t bear to live in a world without the sweetness of freedom. While for others, the gift of life is so central that even enslavement and degradation are better alternatives than the absolute sentence of death. As this relates to Bnei Yisrael, Malbim sharpens their contention with Moshe Rabbeinu to reflect their understanding of the aforementioned divide.

The people argue to Moshe that even if he assumed they would prefer death over enslavement, why couldn’t they just die in Egypt? Why shlep them all the way out of Egypt to meet the same fate? Yet, they actually prefer to be enslaved and alive than free and dead, so leaving them be ultimately would have been the better option.

It’s fascinating to see such a real human struggle — the battle between complacency and progression — manifested in Bnei Yisrael. Clearly, they preferred the status quo of back-breaking labor under an oppressive regime than the risks accepted with their freedom, risks that would lead to their death. Setting aside Bnei Yisrael’s lack of emunah (faith) that Hashem would not let them die right after they were freed, especially after seeing the 10 plagues in Egypt, one cannot definitively say Bnei Yisrael’s argument was inherently flawed. It seems like a difference in value judgment. “Better the devil I know than the devil I don’t,” the old saying goes, and that seems to be the sentiment of Bnei Yisrael, for this devil, that of death, was seemingly worse.

In a dramatic twist, Bnei Yisrael end up walking right through the sea which made them susceptible to the approaching Egyptians, and as the Egyptians subsequently drown, Bnei Yisrael is safe at last. Thus, sometimes, although things may seem like it’s all over, like our worst fears have been realized, there is actually something great always awaiting us. Life has so much to offer, and we would be remiss to always prefer “enslavement” in  fear of  “death.”