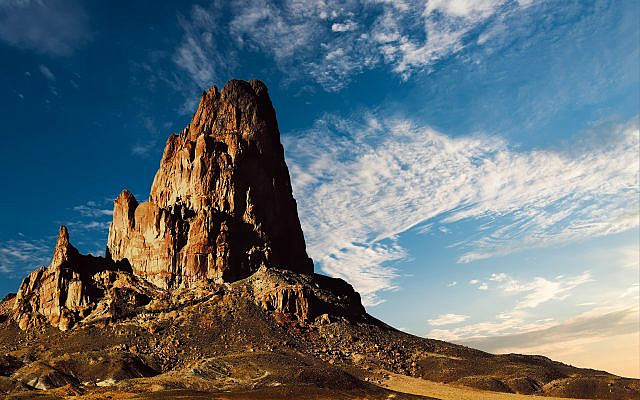 It is often said that the enemy of progress is perfection, but progress’ greater enemy is, in fact, contentment. When we can tolerate our current stage in life, without feeling a particular need to change, we plateau in nearly all that we do. Our relationships, career paths, larger goals, or anything of the like remain static, and we find ourselves walking in the same footsteps we paved years ago. In Parshat Devarim, as Moshe Rabbeinu begins recounting Bnei Yisrael’s journey in the desert, we can see a subtle admonition of this type of mindset.

Moshe commences his speech with the moments after Hashem gave Bnei Yisrael the Torah at Har Sinai. He says, “Hashem our God spoke to us at Horeb, saying: ‘You have stayed long enough at this mountain’” (Devarim 1:6). On its face, this is merely Hashem telling the people that it’s time for their journey toward Eretz Yisrael to begin: Their stay by the mountain is overdue, and it’s time to move on. We can also elucidate a deeper meaning to Hashem’s words. Instead of only seeing them as being a comment regarding physical direction, they can be related to a larger, more thematic idea of life.

The idea that Bnei Yisrael stayed “long enough” at Har Sinai can be likened to one who faces writer’s block. In that zone, a writer hits a wall whereby they cannot produce new experiences or works on paper — an exhaustion of creative energy. After receiving the Torah and experiencing the ultimate revelation of Hashem, Bnei Yisrael finds themselves at this pinnacle, and Hashem needs to remind them to move forward. They finished a chapter at Har Sinai, but there was more to be written. While Bnei Yisrael was not unable to move forward, such as with writer’s block, it seems that Hashem’s needed to remind them to keep going. They stayed too long on that chapter.

We can view this scene for the people as an analogy for situations in our lives: The mountain is where we’ve found comfort — sizeable and significant — but we are not meant to take a permanent “rest stop”; Eretz Yisrael, or the larger purpose of our lives, awaits us. This can take form in more minute things, such as exercise goals, or larger dreams, such as one’s grand vision for their purpose in the world. Both scenarios can be caught in the mud and prevented from progressing because of comfort. If it’s not broken, why fix it?

The story of our lives, however, is co-authored by us and Hashem. Our lives are dynamic, filled with successes and failures, new stages and new levels of growth. If we limit our potential by stagnating our growth, we are almost forfeiting the role we can play in our own lives. Can we imagine if Miriam, Moshe, or Aharon sidestepped their paths to greatness because they simply reached a place that worked? We can and should seek more for ourselves.

In Shmoneh Kevatzim, one of Rav Kook’s writings offers a new dimension to this concept. He says, “Understanding one’s consciousness is the highest point in spiritual transcendence.” (5:281). The loftiest height of spirituality that one can dream of attaining is greater self-awareness. Thus, aside from the tangible measures we will see from our own achievements and growth, there’s a deeper and higher impression on our souls. As we continue to pen each chapter in our lives, we grow closer and closer to this grand experience that Rav Kook describes: greater awareness and understanding of the deepest essence of ourselves. In order to make this progress, to really maximize the potential in our lives, we need to be wary of contentment that can limit us. We must realize when we’ve stayed for too long at a given mountain.