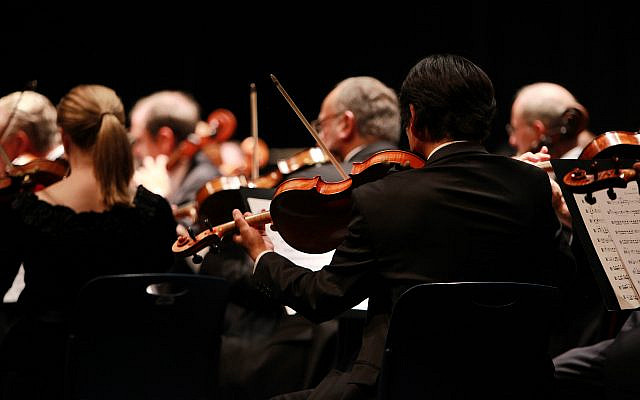 The nomenclature is the chief conductor of an orchestra. Facing about 100 musicians with their instruments, including flutes, violins, saxophones, trumpets, and pianos, the conductor is the mastermind behind the music their audience will hear. The disjointed randomness of the vast array of musicians — a chaos of sorts — sitting on the stage follow the conductor’s lead, and together, they experience the transcendental symphony that fills the auditorium. It’s magical.

The world, and life as we experience it, are actually quite similar. Everyone in the world, and everything, for that matter, has its own instrument, so to speak. Some people grasp piccolos while others haul cellos, and regardless of which instrument one possesses, it has a role in the performance of creation. The issue, however, is that most people don’t know what instrument they have, don’t know how to use it, and don’t know how their part fits into the greater collective. This is a terrible error, and it’s seen from Parshat Ha’azinu.

This parsha consists mainly of breathtaking poetry covering a spectrum of ideas about ourselves, our relationship to Hashem, and the consequences of failing to live a life of connection. At the conclusion of Moshe Rabbeinu reciting these messages to Bnei Yisrael, the Torah recaps, “Moshe came, together with Yehoshua son of Nun, and recited all the words of this poem in the hearing of the people” (Devarim 32:44). Malbim comments that “all” refers to the entire Torah.

If Malbim sees that word as speaking about all of the Torah, then it means that the Torah considers the Torah (lol) to be a song. We also know that the Kabbalah teaches us that the Torah was Hashem’s blueprint for creation. As the Zohar says, “the Holy One, blessed be He, created the world using the Torah” (1:5a). The Meor Einayim adds that Hashem is one with His Torah, so it also tells us that Hashem is the life force underneath all of creation. In this sense, quite literally, the blueprint of the world is a song — God’s song.

This adds a new dimension to one pasuk (verse) in the parsha. Referring to Bnei Yisrael, the Torah says, “Hashem alone did guide him; no alien god at His side” (Devarim 32:12). This tells us that Hashem is the only One who led and guided us in our history, and as many commentaries add, He will be the only one to lead us in the future, too. The Or HaChaim adds that Hashem can only guide the Jewish People when we rid ourselves of all “alien gods.” Together, these ideas leave us with a profound takeaway.

Hashem is our Nomenclature, or Conductor, if you will. He is literally trying to conduct everyone and everything on the world stage to play, hear, and experience the mystical melody undergirding reality. This music is indescribable — it’s the feeling of pure connection, transcendence, clarity, and comfort. It can only be understood through relating personal experiences of the sort. Why, then, do we not have a world like this? What’s holding us back? The Or HaChaim explained that.

We bring in, intentionally or unintentionally, other conductors who only create a static interference. The alien gods of ego, bad values, selfishness, hate, and the like. How can we play a godly tune when we’re trying to follow several different conductors? We need to let the Conductor lead the way. Once we can release control and follow His vision, we can experience His harmony of humanity, His song of sweet spirituality. Hashem knows how we can do our best, feel our best, and be our best. All that’s left is for us to follow the sheet music He gave us./