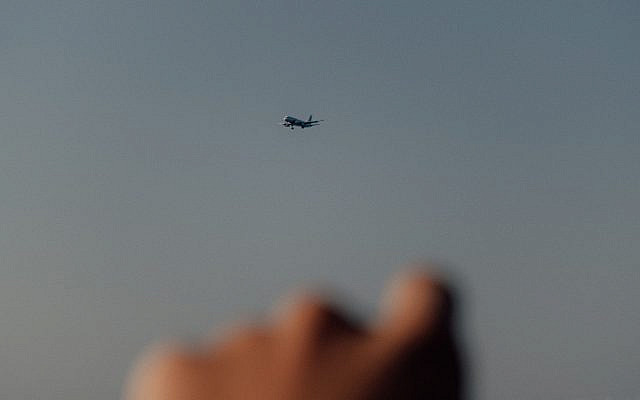 Agnes Callard, a professor at the University of Chicago, believes that our aspirations—imagining who we can be against who we are—are rooted in changing our core preferences, our core values, and staking a claim in a new space. Some aspirations relate to religious change, others to interpersonal change, but all involve grasping new values that align us with a higher version of our self. This is the focus of Callard’s book, Aspiration: The Agency of Becoming, in which she explains that authentic, good aspiration is geared toward authentic, good values. If one seeks to morph into a worse state, then it’s not aspiration; it’s just self-sabotage.

When reading Parshat Matos-Masei, one can wonder how that model takes form with the tribes of Reuven and Gad. In this place of the larger Bamidbar story, the Land of Israel awaits Bnei Yisrael. It was previously apportioned to the respective tribes, divided as a long-awaited inheritance to a wandering people. After 40 years in the desert, a promise between Avraham and Hashem is finding realization—history is being made. The joy and excitement would seemingly be overwhelming. But, quite abruptly in the narrative, the Torah reveals that all are not exactly on the same page. Some want out.

“The people of Reuven and Gad owned much cattle in very great numbers. Noting that the lands of Yazer and Gilad were a region suitable for cattle, the people of Gad and Reuven came to Moshe, Elazar the kohen, and the chieftains of the community” (32:1-2). Without warning, the Torah introduces this scene—perhaps as suddenly as it occurred with Moshe. There is one request the tribes of Reuven and Gad bring to Moshe: “Do not make us cross the Jordan” (32:6). After all, they are rich in cattle in a “good cattle country.” No matter that Bnei Yisrael have clawed through slavery, battle, plague, and their own malfeasance. The people of Reuven and Gad are living comfortably with their cattle. What else do they need?

Daat Zekenim understands these tribes to be the richest and the most materialistic. Their cattle are their priority. Indeed, after some back-and-forth with Moshe, they condition their claim. “Let us build sheep pens for our livestock and towns for our children,” adding that they will still fight alongside Bnei Yisrael. They bolster their argument: “We will not return to our homes until every one of Bnei Yisrael has taken possession of his inheritance. We, however, will not take possession with them on the far side of the Jordan, for our inheritance will be on the east side of the Jordan” (32:16-19). They will help Bnei Yisrael take the land—but it’s not their inheritance; theirs lies on the east side of the Jordan, not the west.

Bamidbar Rabbah fumes. The people of Reuven and Gad are “but a fool’s heart” who made the essential secondary and the secondary essential. The Midrash notes that, before asking for their children to have cities, they plead to “build sheep pens for our livestock.” Thus, it determines, “they loved their possessions more than the souls.”

Reuven and Gad must believe they are aspiring, chasing something extraordinary with their lives. They are rich with cattle in a cattle-centric country. But this is no aspiration. It’s desire fawning after bad values. They exchanged national heritage, the beloved land of their peoplehood, to make extra bucks with some cows.

Ultimately, Reuven and Gad were allowed to remain outsiders. People are entitled to make bad choices. The hope is that they accept the signs warning them of what lies ahead.