We mentioned in previous commentaries that the war against the potential negative trends in our consciousness must be led by the utmost awareness of our connection with the Creator and His Love, symbolized by the High Priest and in this particular battle in Matot led by Pinchas. We have to emphasize again that when we choose to separate from our connection with God’s love, we live the consequences of that choice. Ego’s fantasies and illusions, as objects of our own invention, all come from misconceptions and feelings of lack that make us doubt our connection with the Creator through His ways and attributes.

The moment ego makes believe that we are separated and not united with God’s love and love’s ways and attributes, we are at the mercy of fantasies and illusions as idols fabricated by us: “(…) the product of human hands. They have a mouth but they can’t speak; they have eyes but they can’t see; they have ears but they can’t hear (…). Those who make them will become like them, all who trust in them.” (Psalms 135:15-18).


Let’s be aware that we are who create idols and an illusory world based on what we think or believe we lack, that which in fact keeps us alive: God’s love. Must of us are totally unaware that God sustains us as well as His entire Creation! We must remember that our “fall” from Paradise was the result of a false sense of lack, based on the illusion that we also can become a god, which is ego’s negative projection in the material world to make us feel that we are the god of our life. 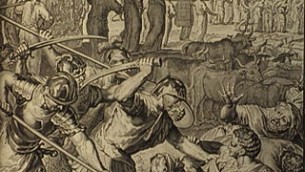 As long as we live in such illusion we feel separated, divided and ultimately isolated from the unity that love is as our Essence and true identity. Love is what unites us and keeps us united with our fellow humans, our surroundings and individual circumstances. Love is our common denominator, our common bond with the Creator because we were created by His love that also sustains us.

The highest awareness of our connection with God’s love is what fights our wars and battles against that which separates us from Him. This is why Moses, our highest knowledge of the Creator and His Love, sends Pinchas to the battlefield where we are entitled to defeat what divides the unity of our consciousness and creates conflict within us. Our mystic Sages teach that the Hebrew semantic root of Midian (the nation that joined Moab to destroy Israel) means strife and conflict. 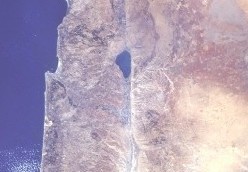 “And Moses sent them, one thousand for each Tribe to the army; them and Pinchas the son of Eleazar the priest to the army, and the sacred vessels and the trumpets for sounding in his hand.” (Numbers 31:6). The vessels are essential parts of the Sanctuary because through them we honor and renew our permanent connection with God. These vessels are meant to contain the unblemished offerings, our purest thoughts, emotions, feelings, speech and actions that we elevate to the Creator, to honor Him with the purity of love, the same fragrance that He infused in us. In this we rejoice and proclaim our praises to Him in total freedom from anything different from His ways and attributes.

This is the sublime happiness we live as the resounding vibration of the trumpets of our joy. The vessels and the trumpets belong to the Sanctuary and are handled and played by the priests and Levites who officiate permanently in the time and space that become one in our unity the Creator, the Sanctuary that He built for us.

The Prophet reminds us of our duties regarding clearing our consciousness from the potential negative aspects derived from materialistic fantasies and illusions, represented by the nations and their rulers: “Behold, I have appointed you [Israel] over the nations and over the kingdoms, to uproot and to crush, and to destroy and to demolish, to build and to plant.” (Jeremiah 1:10), because the war against negativity and wickedness has the sole purpose to build and plant on the positive traits and qualities of love’s ways and attributes.

We fight evil with goodness, we defeat negativity with positive actions, we dissipate darkness with Light, we overcome and prevail over ego’s fantasies and illusions by embracing love’s ways and attributes. The core of our Jewish daily prayers originally contained eighteen blessings, and because of the constant harassment of Israel by foreign peoples our Sages instituted an additional blessing for the Creator, asking Him to help us defeat all our enemies. The text is written based on the battles and wars God helped our forefathers fight: “Let there be no hope for defamers [informers], and may all the heretics and all the wicked instantly perish; may all the enemies of Your people be speedily extirpated; and may You swiftly uproot, break, crush, and subdue the reign of wickedness speedily in our days. Blessed are You, Lord, who crushes enemies and subdues the wicked.”

Let’s reiterate again that our enemies also live within our consciousness, and the wars that we fight to protect our people and our Land also take place inside of us. This is the primordial meaning of our forefathers’ wars to settle in the Promised Land. They first have to fight, defeat, subjugate and destroy the nations and peoples who occupied our Land in order for us to settle permanently in it. It was true then and it is true now.

We are not going to be worthy of this Land if we don’t remove first those who don’t belong in it. The Promised Land is both the Land of Israel given to us by God in His Torah, and the awareness in our consciousness of the blessings that He bestowed on us as the people chosen to enthrone His ways and attributes in all aspects of life.

Our Land is the place where we live in the total freedom of our consciousness when we embrace God’s love as our Essence and identity. In this awareness there is no room to share with enemies either they be real within our country and outside, or within our consciousness. Pinchas represents our approach to God’s love and our connection with Him, and also our approach to the material world and our altitude and attitude towards everything that threatens God’s ways and attributes.