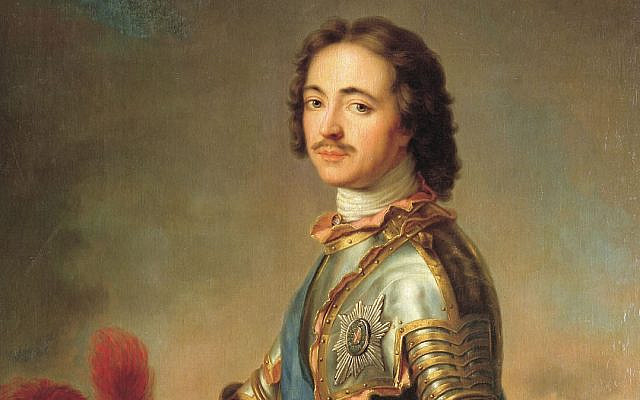 Portrait of Peter I of Russia, after Jean-Marc Nattier. (Public Domain/ Wikimedia Commons)

On March 9, 1697, a group of 250 emissaries left Russia for Western Europe. The Grand Embassy, as it became known, was led by Franz Lefort, Fyodor Golovin, and Prokopy Voznitsyn. But the real leader of the delegation was a young man, just shy of his 25th birthday, who went by the name of Pyotr Mikhaylov.

However, nobody was fooled. It was obvious to all that Mikhaylov was actually the Russian Czar Peter the Great. At over two meters three centimeters tall (6 feet 8 inches), with a disproportionately small head and facial tics he was instantly recognizable. But this was the first time a Russian leader had ever left the country, and there were no clear rules about how it should be done.

Peter was the 14th child of Czar Alexis, the fifth son, but the first child by his father’s second wife Nataliya Kyrillovna Naryshkina. Alexis died when Peter was only three years old. His half brothers were a sickly bunch, two of them predeceased their father. The eldest surviving brother, Feodor III, ruled for six years, but died in 1682, aged only 20.

After much politics, intrigue and murder, Peter was appointed co-ruler with his half brother Ivan V, who was thought to be “infirm in body and mind.” Initially, their sister Sophia Alekseyevna acted as regent as her two brothers were too young to govern. She had a hole cut in the back of the boys’ double throne so that she could hear matters of court and tell them what to say. 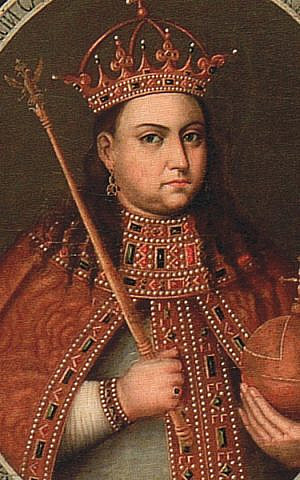 After Ivan’s death in January, 1696, Peter became the sole ruler of Russia, aged just 24. A few months later he set out on his journey.

The main purpose of the diplomatic mission was to try and build alliances with Western countries to help Peter fight the Ottoman Empire and gain access to the Black Sea, where he hoped to launch his navy. In this, the delegation had very limited success.

However, the secondary purpose of the trip was to learn about the technology and culture that Peter hoped to bring back to Russia in his quest to modernize the country.

In August 1697, the group arrived in the Netherlands, and Peter worked incognito as a carpenter in the shipyards of the Dutch East India Company and studied shipbuilding. The Dutch were among the best boat builders in the world, but Peter struggled to learn the details he needed to construct his own navy. He complained that the Dutch used a “measure of intuition and unwritten custom that was difficult to codify.” 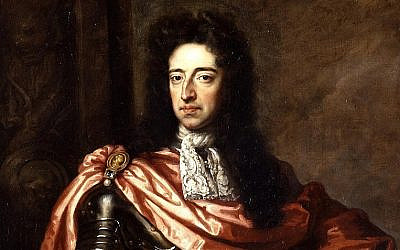 At that time William III (better known as William of Orange) was king of both the Netherlands and Britain, and he met Peter in Utrecht on September 11, 1697 and invited him to visit England, which the Russian gratefully accepted.

Peter and his emissaries spent a total of 105 days in England. During that time they ignored several strong hints from William that it was time for them to leave.

Peter enjoyed his time in London. He became friendly with Peregrine Osborne, Marquess of Camarthen (later Duke of Leeds), and was impressed that the Englishman was able to keep up with him when they drank together. Their drinking sessions became so renowned that the bar they frequented in Great Tower Street changed its name to Czar of Muscovy. Though the pub is no longer there, Muscovy Street, just a three-minute walk away, is named after Peter’s visit and the pub.

It is perhaps strange that despite his interest in technology and modernization, during his time in London, Peter did not meet with with Isaac Newton, Christopher Wren or Edmund Halley,

Apparently Peter and his entourage lived their English life to the full, because they did a huge amount of damage to the house where they stayed and its garden. All the fabrics were torn, the chairs were all smashed, 300 window panes were smashed, all the walls had to be repainted after they left and the doors replaced. 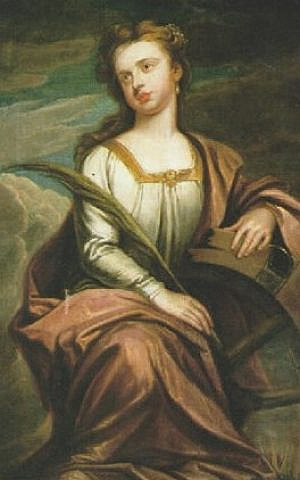 Peter also had a relationship with the leading actress and singer of the day, Letitia Cross. At the end of his stay in London Peter gave her £500 to thank her for her hospitality. He felt he had overpaid, but Cross complained the amount was paltry.

After departing England, the Grand Embassy continued through Europe, but was soon forced to hurry back to Russia to quell a coup led by his half-sisters’ family. In total they had been gone almost a year and a half.

On his return, Peter instituted a program of modernization. He built the city of St. Petersburg, named after his patron saint, using building techniques he had learned in England. St. Petersburg became the capital of Russia and remained so until the Bolshevik October revolution, in November 1917. Peter built himself a palace there, the Peterhof, which was completed in 1725, the year of his death. 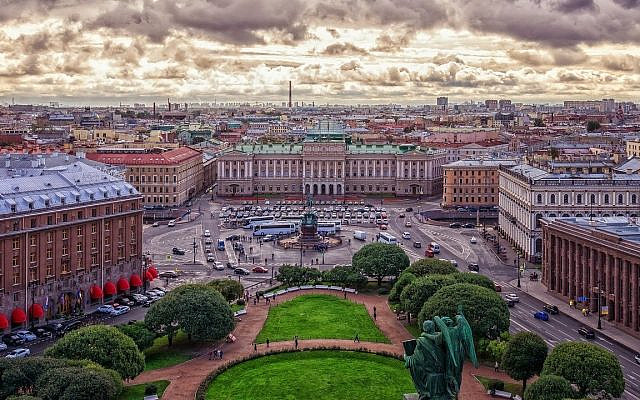 Peter introduced the Julian calendar to Russia, switching the new year from September, the purported anniversary of the creation of the world, to January, to bring it in line with the rest of Europe.

He improved the army, created the first Russian navy, and launched several wars to gain access to the Baltic Sea and the Black Sea.

Peter introduced compulsory science and math education for the children of the nobility.

Another of his reforms was the banning of beards, which he felt were old fashioned and outmoded. After complaints from both the church and the nobility, rather than forcing everyone to shave, Peter introduced a beard tax, which both encouraged people to shave and enriched the public coffers.

Additionally, Peter introduced a new system of government and divided the huge country into eight administrative divisions, each run by a governor, which were then subdivided into lots.

In 1721, just a few years before his death, Peter had himself proclaimed “Emperor of All Russia.”

There are many parallels between the stories of Peter the Great and the actions of Joseph described in this week’s Torah portion of Miketz.

Like Peter, Joseph divided Egypt into administrative divisions. Like Peter, he went on a grand tour, travelling all over the country to observe first hand how things were done and seeking ways to modernize. He built new cities to store the grain that would save Egypt and the surrounding nations from the impending famine. 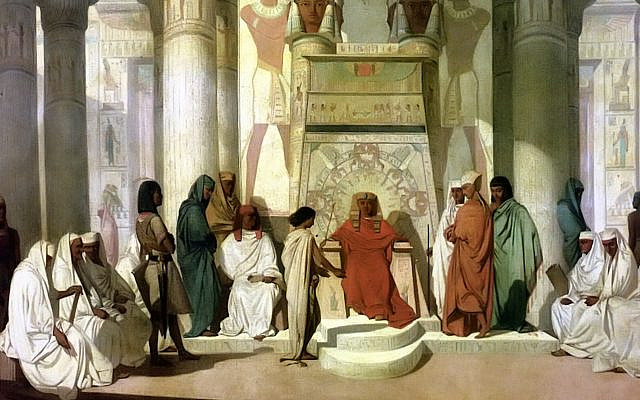 At the beginning of the Torah portion, before he was brought to meet Pharaoh, Joseph shaved (Genesis 41:14). However, unlike Peter, by the time the famine struck, Joseph had grown a beard, which served as his disguise when he met his brothers, so that they did not recognize him (according to the Talmud, Ketuvot 27b cited by Rashi).

But Joseph had another disguise. When he went out to tour Egypt (Genesis 41:42-43, 46) he wore his royal garb that had been given to him by Pharaoh who:

Dressed him in linen clothes, and put a golden chain on his neck. And he equipped him with his second-best chariot , and called before him ‘Father of the king’ and placed him over all the land of Egypt… and Joseph went out before Pharaoh and passed through all the land of Egypt.

Joseph’s disguise was the royal costume and chariot that Pharaoh gave him. He was a caricature of royalty, dressed in gaudy, fancy clothes and acting like he was the most important guy around. Nothing mattered except for him. 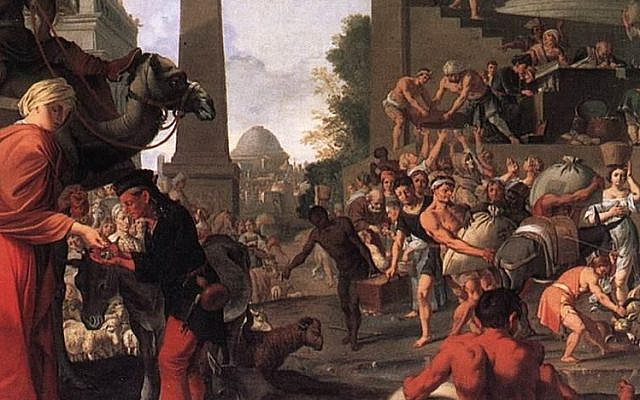 And yet that was not the real Joseph. That was the costume he wore to show his authority and to collect the grain. But when it came time to distribute the food during the famine, he was no longer a larger than life character. Neither Pharaoh, nor Joseph’s deputy Pharaoh act could feed the people.

Joseph had to connect personally with every individual to ensure they received what they needed.

The entire land of Egypt was starving. The people cried to Pharaoh for bread. But Pharaoh said to all of Egypt, ‘Go to Joseph. Do what he tells you.’

Joseph was larger-than-life, the powerful viceroy wearing the clothes and chains of office. But he was also the down-to-earth individual who spoke personally with each person coming to ask for food. This is implicit in the verse (Genesis 42:6):

“And Joseph was the ruler over the land; He was the provider for all the people of the land.”

The greatness of Joseph was that he was able to take on each of these two personalities at the right time. When Egypt needed a leader to create a seven-year plan and enforce the taxation and collect the grain, Joseph was the ruthless, mighty potentate. But when it was time to give, Joseph was intimate and caring, gentle and wise.

Peter the Great brought Russia into the modern era and expanded its territory, transforming the country from a sleepy backwater into a major European power. Joseph was able to do that for Egypt, but also retained the personal touch that allowed him to feed each individual and sustain the world.