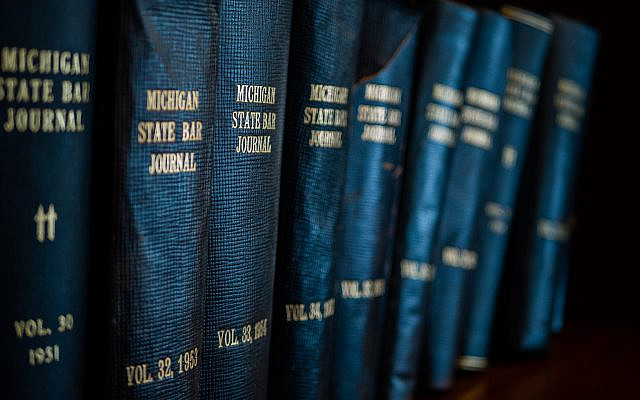 Photo by Rob Girkin on Unsplash

Suddenly, this week, the tone of the Torah shifts. Up until now, we’ve had narrative, the stories of individuals and families. From creation to the flood, through the avot, to Egypt, to Har Sinai. But now the story stops. And we get laws. Lots and lots of nitty gritty detailed laws. What happens if my ox gores a person? What if it’s an ox with a history of goring? Does it make a difference if my ox gores a freeman or a slave? What about if my ox gores your ox? What if I steal your ox? What if I steal your sheep? What if I steal your donkey? What if I see your donkey collapsing under its load? What if I see the donkey of my enemy collapsing under its load? All of these questions – and more – are addressed in this week’s parsha. And of course each law generates discussion and disagreement as it is clarified, applied and unravelled. This really is a parsha of the details. As the first pasuk declares it will be: “and these are the laws that I have placed before you” (Shemot, 21:1) says G-d.

But what’s the point of all the details? In last week’s parsha, Hashem gave us the ten commandments. Why wasn’t that enough? Believe in G-d, be a good person and keep Shabbat. Why do we need all of these extra details, all of these specific minutiae? Why does the Torah go to such great lengths to outline all of these laws?

There are many answers to this question, of course. But perhaps we can turn to Rashi to offer one explanation. Rashi comments on the juxtaposition between the beginning of this week’s parsha and the laws directly at the end of last week’s parsha, which focused on the mizbeach, the alter on which korbanot would be brought in the Mishkan and, later, in the Beit Hamikdash. He explains that this is to teach us that the Sanhedrin should sit “opposite”, or in the vicinity of, the Mikdash (Rashi, Shemot, 21:1) – just as the mizbeach was in the courtyard. But where does this seemingly arbitrary connection come from? What is the comparison between the Sanhedrin and the mizbeach, that the placement of one should inform us about the placement of the other?

The Maharal asks this question and explains that these two, the mizbeach and the Sanhedrin, are “completely equal”. How? Just as the mizbeach brings peace between Bnei Yisrael and Hashem, through the bringing of korbanot, so the Sanhedrin, and specifically the mishpatim outlined in this week’s parsha, bring peace – between Bnei Yisrael and Hashem, and between Bnei Yisrael and each other (Gur Aryeh, Shemot, 21:1). Here is our answer. These specific details are not given to arbitrarily impose extra restrictions. They are given highlight the importance of building relationships – both with G-d and with our fellow human beings. These are the two sides of the luchot given in last week’s parsha: mitzvot between us and G-d and mitzvot between us and others. Both relationships are important. And relationships are manifest in the details. Details which are outlined in this week’s parsha.

These laws are key to our interactions with other people; they are there to guide us in our behaviour towards others, and to emphasise the importance of maintaining peaceful social relations. What happens if my ox gores your ox is not necessarily a pressing concern in contemporary society. But the fact the Torah deals with it explicitly at all highlights the importance of, and the sensitivity needed, in our everyday relationships with other people.

These laws are also key to our relationship with Hashem. These are the laws that, G-d says, “I have put before you” (Shemot, 21:1). From this pasuk, the Gemarah learns that a teacher is obligated to show his students the reasons for different laws (Eruvin, 54b). The word used by the Gemarah for “reasons” is “panim” – which also means “faces”. In learning these laws, in the Sanhedrin expounding and applying them, we are able to catch a glimpse of the face of G-d himself. Rav Soloveitchik describes learning as a “rendezvous” with the Almighty (yartzheit shiur for his father, 1975). Hashem places these laws before us, to learn and understand and come to grips with. To enable us to meet Him, to catch a glance, to build a relationship with Him.

The Torah Temimah points out that the Gemarah emphasises how the plural “you” in the pasuk shows Hashem gave these laws equally to men and to women (Kiddushin 35a). Both types of relationships are important for the entire nation; the Torah was given to the entire nation, in all of its glorious nitty gritty specific laws. And these laws, these details that Hashem gave us, they allow us to build fulfilling, respectful and sensitive relationships – both with each other, and with Hashem.