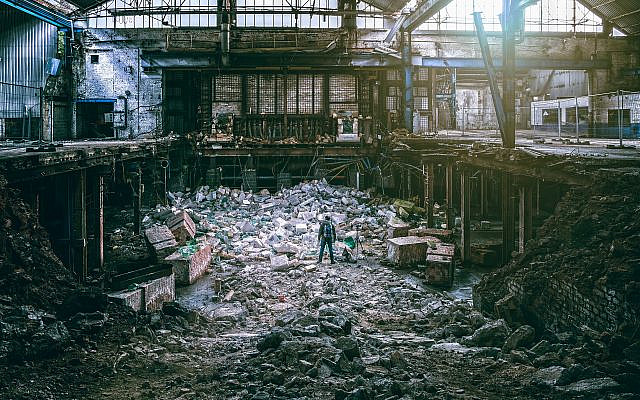 Why is it that, oftentimes, we find ourselves to be our greatest saboteurs? While it’s instinctive to attribute our failures to others — and in some cases that is justified — it leads us to discount the very real damage to ourselves that is coming from ourselves. Whether it’s dissuading ourselves from pursuing lofty dreams or consciously choosing something we know is not in our best interest, self-sabotage is a phenomenon often overlooked, and it’s to our own detriment, as we see in Parshat Shelach.

As Bnei Yisrael await to enter Eretz Yisrael (The Land of Israel), 12 spies are sent to check out the land and its inhabitants. 10 of them return with a damning report, widely claiming that those living there were too powerful for Bnei Yisrael — and thus, Hashem — to overcome. Naturally, this led to a frenzy among the people, as the wondrous dreams they thought they were approaching became shattered in their eyes. This was without rational thought, as if Hashem had saved them from Egypt and protected them throughout their journey thus far, why should their conquering of Eretz Yisrael be any different?

During Bnei Yisrael’s outburst, they cry and plead to return to their slavery in Egypt, wishing to throw away everything because of the spies’ flawed report. Consequently, Hashem tells the people, “And your children will roam the wilderness for 40 years, suffering for your faithlessness, until the last of your carcasses is down in the wilderness. You shall bear your punishment for 40 years, corresponding to the number of days — 40 days — that you scouted the land: a year for each day. Thus you shall know My displeasure” (Bamidbar 14:33-34).

It’s worth noting that Hashem makes a very interesting parallel between the length of time the spies were investigating Eretz Yisrael and the length of time Bnei Yisrael would be in the desert. From 40 days came 40 years, and this enlargement of each day to correspond to each year suggests something significant: The consequences of our self-sabotaging actions can be infinitely more than the actions themselves, which are also inherently flawed. Bnei Yisrael’s investment of 40 days with the spies gave them a return of 40 years with the desert.

The Chizkuni’s understanding of the pesukim’s language also lends insight to this matter. On the idea of Bnei Yisrael roaming the wilderness, he compares this to sheep that cannot go in one direction, rather they must constantly return to areas they had fed on at earlier points — they fear that which is new. This, perhaps, suggests the comfort in what is known, which in Bnei Yisrael’s case was the slavery of Egypt, can illogically be preferred over the unfamiliar future, despite its high prospects and promises.

Moreover, Rashi says that Bnei Yisrael will know His displeasure, he explains it to mean that they will realize that they removed their hearts from following after Hashem. Thus, they would deeply understand that they were following after Hashem — following after the path of Divine goodness, peace, love, and purpose — and they threw it all away. This realization, manifested through 40 years in the desert, was perhaps the greatest punishment of all.

In our own lives, we must ask ourselves, are we heading toward a 40-year banishment in our own deserts? Eretz Yisrael is like our hopes, dreams, and aspirations. The spies’ report is like the self-sabotage we follow through with, and we must fight the temptation to bring our own demise.